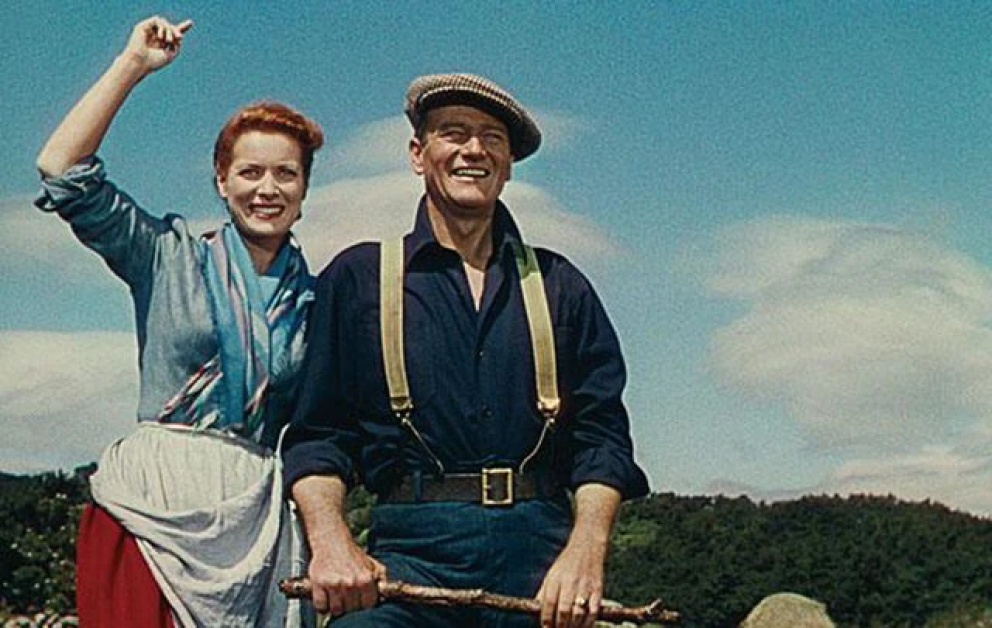 In a lot of countries, people talk about ‘God botherers’, people who come around unannounced and talk at you, very often not about God, but about themselves, not about Him, but Them. In Ireland, where even fully-fledged Dawkinsian atheists believe in ‘something, there is little need for such religious interrupters - it’s just a visit - and so we have ‘American’s instead, a breed all to themselves. This morning was typical, my mothering law telling us “Oh I have to wait in, we’ve got a telephone call from Americans”. I like the idea of switchboard operators putting in plugs across the world to allow them to make contact, and how one voice can speak for a nation. This could only mean we’ll be having a visit.

These Americans most often are coming home to find their roots, and for many, it’s their first trip beyond the States. Why do they come? They come to find the treasure of the past, dig at some handed from a fragment of the past, like a left luggage ticket - a village - a family - something to guide you back as you dig for your roots, dig to find that distant divergent line, brave relation, who, fed up with the rain, the poverty, the English, left for a better life.

Even Obama came back to Ireland to check his roots, a petrol station now including a museum to the 44th president (they call it the Barack Obama Plaza, but it’s a petrol station). “There is so much history” here, they often say, never disappointed, by which they mean old stones, as history is never in short supply, churned out by the second.

When you sit and drink tea, or talk to ‘Americans’ in the street, pub or bookshop, and ask about what they know about that brave (or desperate) descendant, the story is often the same. They went to look for a better life, and the fact their great, great-grandchildren are now tourists to the past proof they found it.

But the real reason Americans come ‘home’, is the same reason why we have God-botherers, the very human need to belong, to have meaning, to be anchored to something heavier than just Me. In an atomised world, where so many feel deep down that they are lost, distant somethings from even a reason to live, it’s perhaps only in the past you can find that ancient needlepoint that still points to life’s bearing.