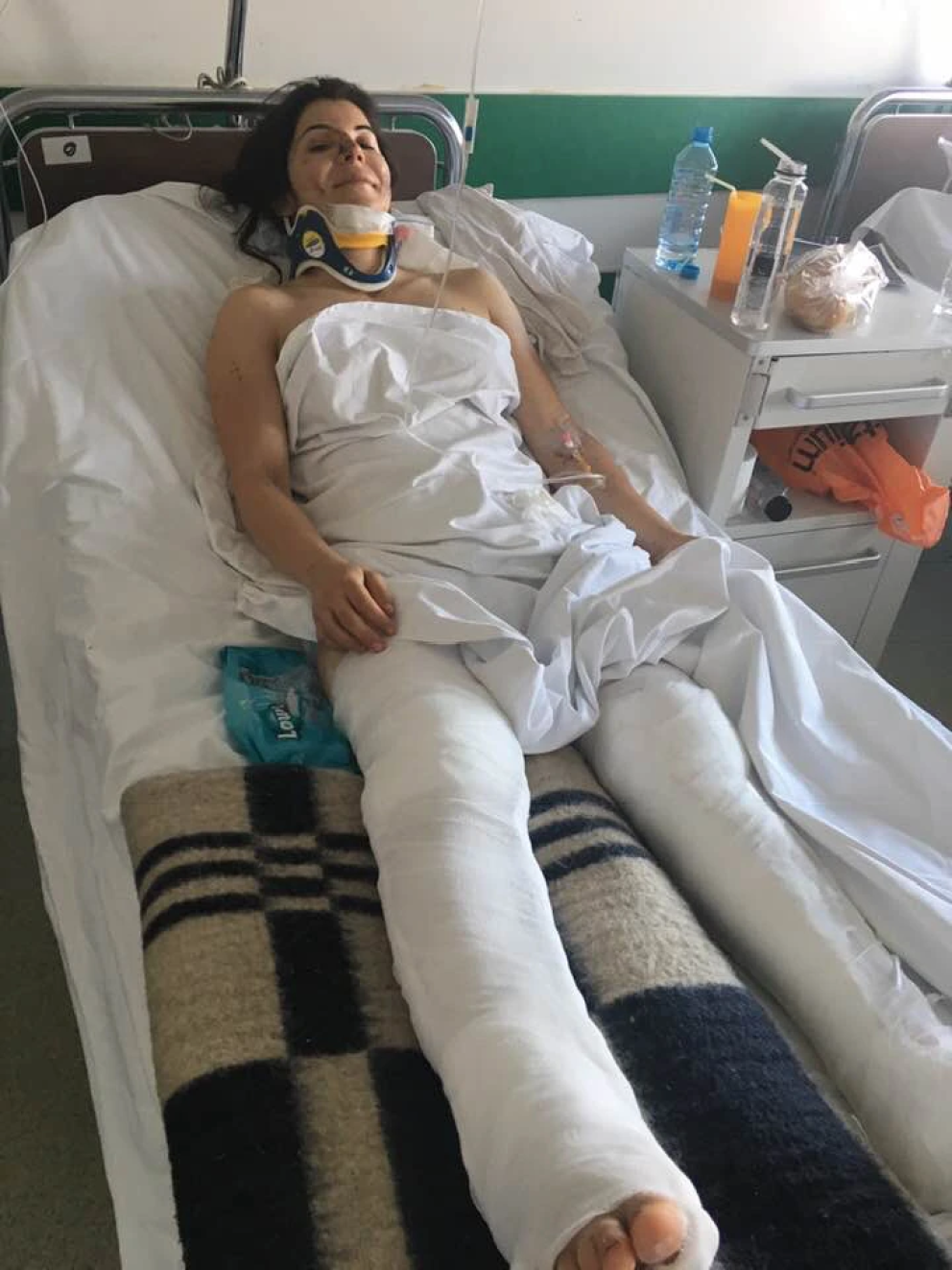 I probably get two messages a day from someone who wants to do the climb, or trip, of their lives; to climb a big wall, to pack in a job they hate and go somewhere wild, dreams big and small, some doable, some less so.

The message I got from Anita from Romania was sort of typical, someone who wanted to climb El Cap, but really had zero experience of big wall climbing, only a copy of my book Higher Education.

What stood out in her email was this paragraph:

“8 months ago when I fractured both of my legs and my cervical (the doctors told me that I wouldn’t be able to climb this year and actually should give it up, but I knew they didn’t know what is climbing, so I didn’t listen to them - however, it was really hard, I cried a lot. Then in the middle of August, I started to lead. I was so afraid of falling.”

In the few messages back and forth I tried to sound like the voice of reason, to be the one who said “calm the fuck down”, as I thought she was probably someone who had too high a romantic notion of climbing a big wall, but once she got on one she’d fold (most people do). But then, there was this part of how she talked like nothing was going to stop her, not the doctors, not me, not reality.

And yesterday I got this email:

I think it is really funny what happened, so I thought maybe I would write 2-3 words about it.

Well, all in all, it was good, but the grades in Yosemite are much harder compared to Europe. I felt ok on 5.7, but on 5.8 I wasn’t so confident.

First, we tried the Nose as a 3 (we haven’t climbed together, we also didn’t know what haul system to use, we had a 140 m rope because we thought that on one of the rope will go, one follower, while the leader is doing the hauling on the other end ). Well, it was a fiasco, the rope tangled so badly that it took us 3 hours to untangle it. So we bailed (I insisted to not, but the guys wanted, and they didn’t listen to me as I was the most inexperienced).

I insisted on trying again, so the next time, our haul bags were lighter, without portaledge, and a lot of unnecessary stuff, we did the haul system 1:1, not 3:1. It was way faster.

As for my first big wall and first aid climb, I did the pancake flake, and it was a bit scary. I didn’t even know the sizes of our gear, haven’t used alien offsets before or Totems or brass nuts or cam hooks, but on that pitch I used everything. Thanks for your Higher Education book, even though I didn’t have any experience with them, at least the photos and the descriptions helped me to finalise the pitch, a bit slow but in control because theoretically, I knew what I have to do. That was really useful.

It was hard, the haul, jumaring everything, but I kept reminding myself what you wrote in the book, just don’t haul, keep moving.

And you forgot to tell us about the possibility that a mouse can eat your food on the wall. Or maybe I didn’t notice??!

So at camp IV, where we bivvied (the worst bivy in my life, I just tried to sleep hanging in my harness, because I offered the old guy the good bivy place as he had some back issues). As the mouse ate our bread, we were tight on food.

The third day we were before dark on the camp VI, fixed the rope on changing corners, where everything smelt like piss, as for the next day, bad weather was announced, we thought to give a push to the top.

So from camp IV, we did a 24-hour push to the top (in the night it was very windy; also, the whole valley was evacuated because of the strong winds). We were frozen at the top. Then we slept for 4 hours, and that was it.

Thanks a lot for everything, Andy, just keep writing, you inspire me a lot! I really like the idea of aid climbing and want to learn more about it.

Have a nice day!