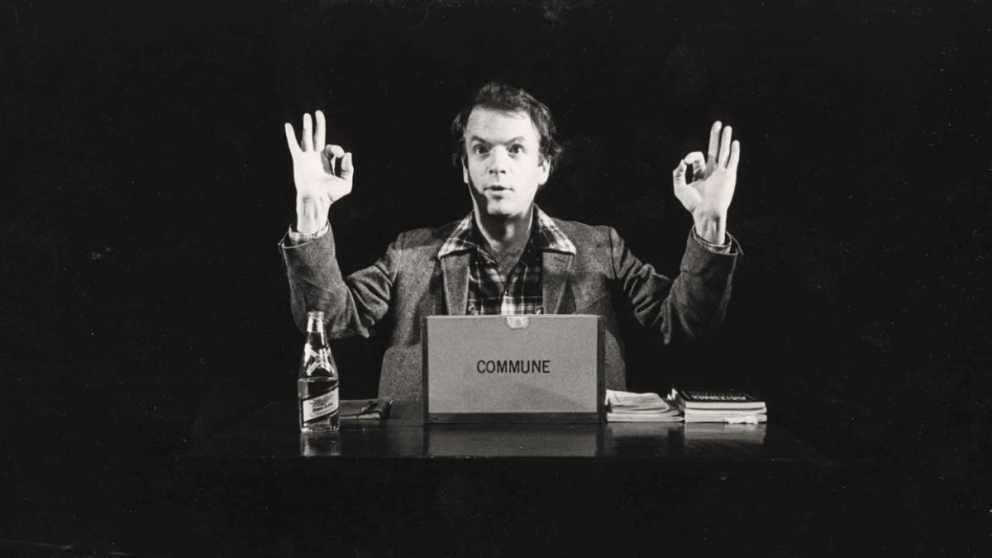 Making it up as you go along

Was on the stage last night for the first time in over a year, the old familiar stage of fear and doubt, where everything you are is there to see, one mistake ruining it all - not like a video that can be paused or edited or easily delated - but flesh and nerves.  You walk on to applause, the lights in your eyes, an air of anticipation that would be lessened if you were happy to just play it safe, just do a climbing lecture and not an ‘Andy Show’ - but what would be my motivation there?  I walk on and have no idea what I’m going to say, if my slides are all in the right place, if I can pull it all together - be funny, interesting, insightful - that my two hour narrative ark will reach the right note - of hands clapping and giggles as people laugh, or someone sat for a while wondering what it was all about.  As usual I was winging it.  I’d had months to sort out what I was going to say, sort out images and music, but as usual it was still unfinished ten minutes before people came in, pasting in pics, trying to download others - the wifi cutting in and out.  I’d cursed myself for squandering all that time as I’d stood in the wings - intro music played out, asked myself what the problem was - why I never learn, that this time I was going to fuck it all up, that I would be burnt at the stake.

Alex Huber once told me that I was perhaps someone who like to self sabotages everything I do, that I want to fail, but maybe was too talented not too - that I always stack the odds.  I climb with novices.  I’m not fit.  I climb in winter not summer.  I climb alone.  He told me this sitting at the table of a successful writer in her big nice house when I was on the eve of homelessness - homeless through this self destruction.  And I wonder if this is some form of soft suicide.

The concept of suicide has been with me since around the age of six, when I moved from Wales to a block of flats in Hull, to a flat where the previous tenant had hung himself, the wooden banister around which the rope had been tied only two feet from the end of my bed - the mark still there to see.  I often dreamt of that dead man, a man nameless and faceless, his story unknown, yet time traveling from thirty eight years into now.  It funny that - the stain you leave on someone you never met, that came after you but carried a part of a life on into books and talks and here.  I often dreamt about him - that dead man - and in my dreams he always lurked outside the windows - floating ten floors up - his face like Peter Sutcliffe’s, the Yorkshire Ripper, another man who cast a shadow into that young mind.

When you live in a high rise building you are surrounded by suicide, both real and attempted, but also simply the idea of it - the concept of self service death - that thought about the action to just ‘jump’ popping in your young mind each and every time you hang over the edge.  It’s like when you stand on a ferry and look over the side, into the cold water, the boats too cumbersome to turn and save you.  You look over the side, into the brown waters and imagine jumping in, a much less bothersome way to go I always think - less messy - less hassle for everyone.  Do you have thoughts like that, or is it just me?

What stops someone from killing themselves, apart from life itself?  I guess I’ve spent most of my life pondering this question, a question made a little easier to ask due to the types of things I’ve done.  Death is not like God.  When people kill themselves - and I’ve known more than most, both intensely and un-intensely - I get it and totally understand,  like those that question it would never do.  People kill themselves for many reasons, they all have names, excuses, but really it comes down to the fact you are trapped and just want to escape, escape yourself, your thoughts, your grief, your pain, your despair - that yes, things may get better, but you simply cannot wait - like burning alive.

I never judge - what’s the point - your just a passenger on that ferry eating curry and chips, or cleaning the windows as the body passes by - you - have - no - idea.

In the last year or so a few people have worried about my mental health, that I’d do something ‘stupid’ as they say (not that it is stupid - saying that is just patronising), people who care and people who couldn’t care less talked about sticking me in hospital, having me sectioned.  When these things happen it’s like your Jack Nicholson in One Flew Over the Cuckoo’s Nest, that everyone else is crazy, telling you to see a doctor, to get drugged up, often doing things that simply seem to push you closer to the edge.

The reality is when you’ve gone crazy you’re probably the last the know, and that’s for a good a reason, because until that moment there’s still a way back.  Madness is like cancer.

“You need to understand you’ve been ill” said my oldest friend Trudy, as we sat drinking tea a few weeks ago, someone who it seemed always excepted me - crazy or normal.  To think of yourself as being mentally ill is awful at first, to give yourself that label, but slowly you come to see it as just part of the spectrum of sanity - not a defined place in reality, that we are surrounded by madness in all forms, that madness is what drives it all, is what we call evolution - and certainly in the expansion of your thoughts about yourself.  Someone who is certifiably one hundred percent sane is nothing but a robot.

But then there is the reality of it, of living with a brain that you know is a bit unbalanced - that can tip further than most for good - but could topple over for bad.  Mostly these things are done internally, like a disguise you put on, like being on stage every waking moment.  It is a process of awareness of thought and deed.  The other night, on the phone I tell someone about a friend who’s ex got remarried with a year of them splitting up, and said how I thought it was common after a long term relationship for the man to throw themselves into a new one and get married.  I said how I couldn’t get married just like that because I’d be afraid I was doing it to hurt someone else, because that’s what it’s ultimately about - not love.  It was a terrible and brutally complex admission, maybe even an admission that I could see such things in what others would call romance.  Trying not to backtrack, but simply to explain myself I added “The thing is when you’ve gone mad you can’t trust your thought process’s anymore, and everything you say or do has to be checked to make sure if right”.

And there I had my answer, as I stood on the stage.  To do things the correct way, to have everything figured out, to start a climb with best climbers in the world as fit as a butchers dog, or to start a sentence with the words already arranged, have your show in bombproof order, not to marry someone because although you love them you outthink yourself, or to start a blog and know what it’s about, or how it will end - this is not what life’s about.  Living is not playing it safe. When Oliver Sacks was treating Spalding Grey for depression, and feared he may commit a “‘dramatic and creative suicide” he told him, “he would be much more creative alive than dead.”  An that’s the point, if a life is to be an act of creation, an act of creativity, then you mustn’t take the easy road - of thought and deed - mapped out and signposted.  If you play it safe in what you do, what say, and most of all what your think, the dogma of sanity, you take away the spark of originality - the very essence of the madness that unless you are careful can burn you alive.