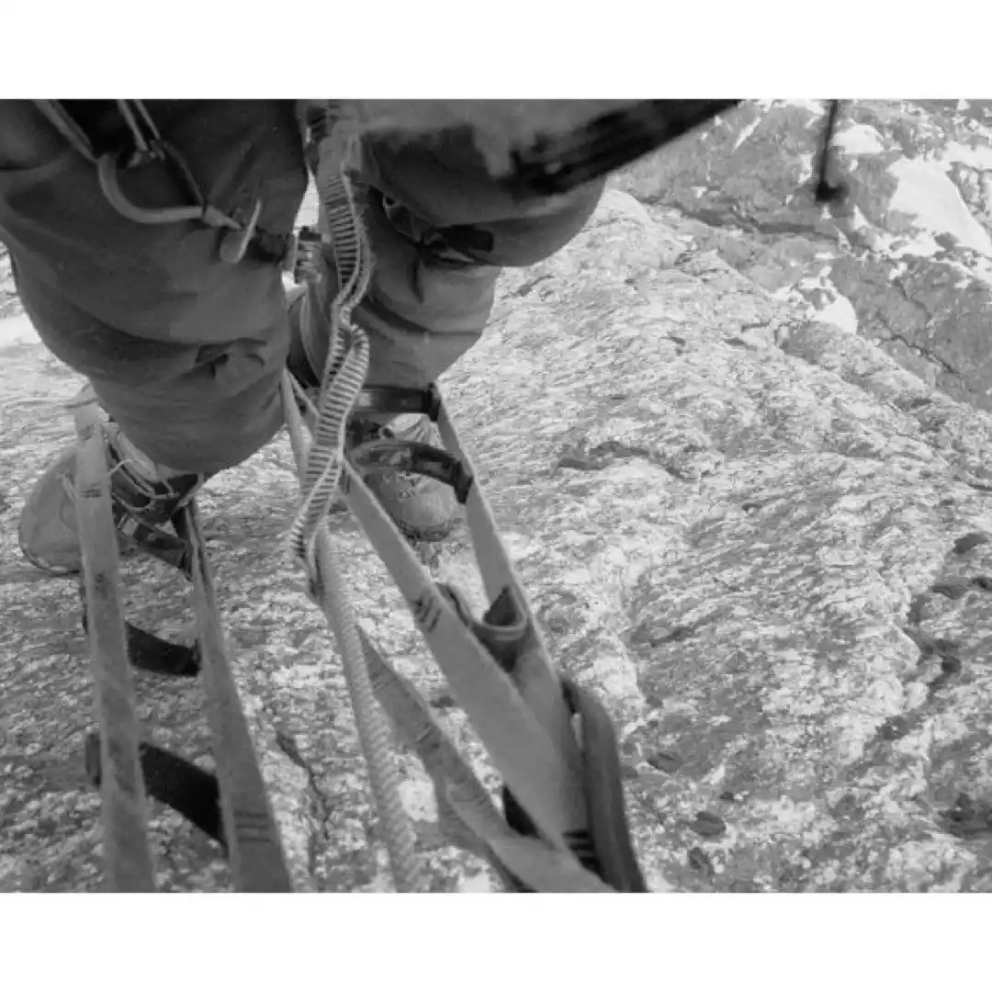 I often get DMs on the subject of hand bolting, which seems to still be a little bit of a dark art. The first-hand bolt I placed was in gritstone, a Petzl 8mm self-drive, under the instruction of world-famous caver Dave ‘Moose’ Nixen. The idea of putting a bolt into grit is, of course, not only blasphemy but also a possible death sentence, but luckily for me, it was into a piece of drystone wall, so it was just a little sinful.

The next one I placed was on an attempted new route on the Troll Wall. By now, my knowledge of hand bolting seemed to be extensive, and instead of using self-drives (shitting low quality/strength bolts, but also foolproof), I’d upped my game (I thought) to Fixe 8 mm button heads, which I thought would be faster, and could double up as rivets. Although I thought I knew a lot more, I only knew the theory and lacked the practice - which is the most critical bit (I’d never actually placed a button head). And so, when the time came to place my first lead bolts, on a very run out A4 pitch of beaks and hooks, I found that on drilling the hole, the button head would only go in a centimetre deep and then bent. And so I tied it off and hooked on.

The next bolt was perfect, well the hole was, but again, the same thing happened: after one centimetre, it bent over. So again, I tied it off and hooked on until I managed (perhaps after some more non-bolts) to mantle only a tiny foot ledge. Here, at the end of my rope, I realised my drills were metric, and the bolts were not, and I was screwed. All I could do was drill a final shitty bolt, tie it off fingernail deep, and rap off it!

Since then, I tried to learn how to do it right, and have placed a fair number of bolts, and also tried to pass on what I worked out myself and what I learnt from others (who also worked it out the wrong way). The moral though is that although theory is vital, to learn and understand as much as you can muster, mastering comes from putting theory into action, because in the doing you find out what works in your head and what works in the real world (when your head is on the block).