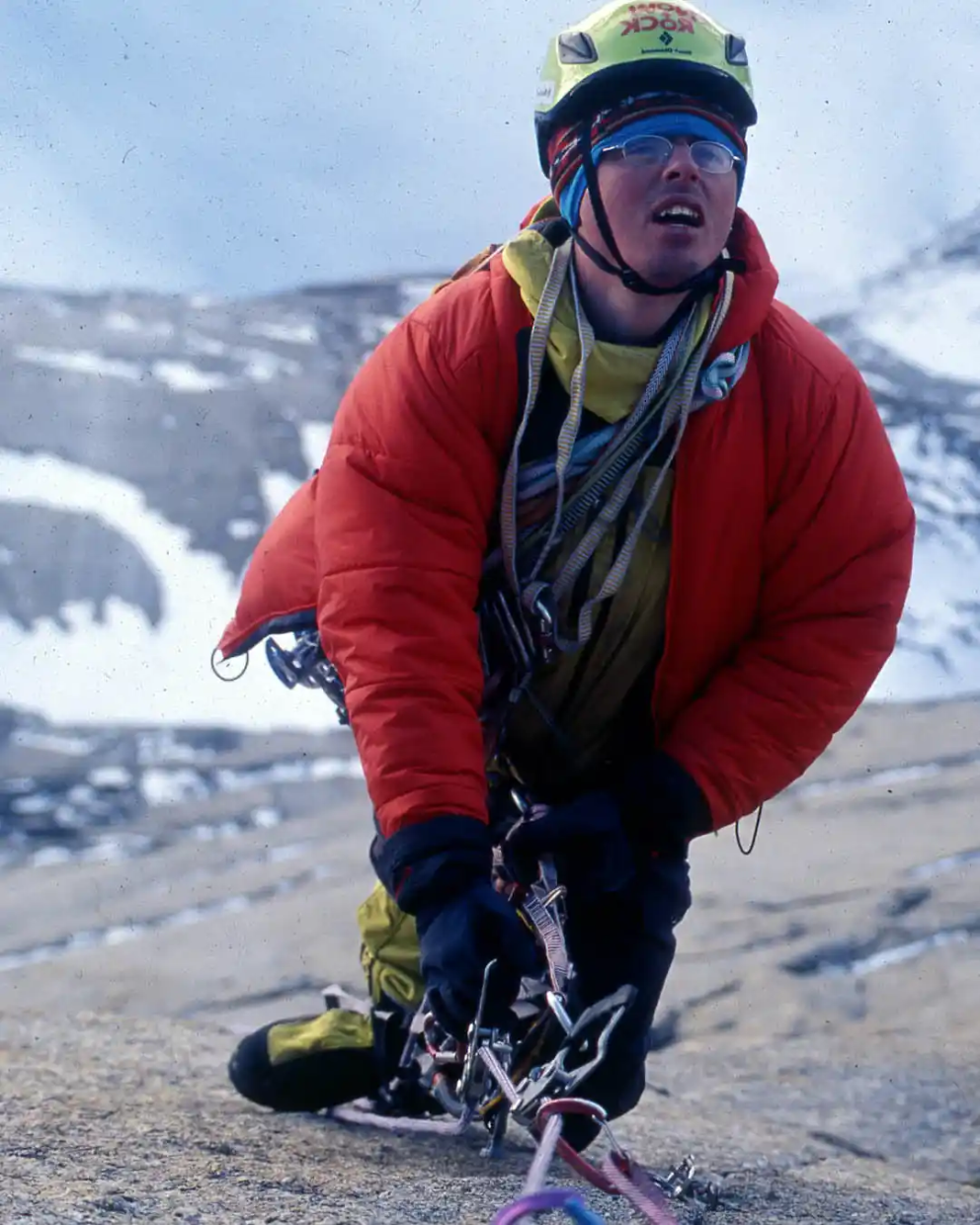 I came across this picture today of me on the Dru in 2001, or 2002 (I can’t remember), making the second ascent of the Lafaille route. It occurred to me how I was pretty much-using state of the art gear, some of which I helped design and some stuff that was still only a prototype (like the @sportiva Olympus Mons boots). I was basically wearing a softshell (pile with a windproof outer), and a DAS parker, and after about a week on the wall, I added in a one-piece power stretch suit. I climbed in it and slept in it every day for about two weeks and it was as perfect as could be. ⁣ ⁣⁣ ⁣What’s funny is how little gear has moved on since 2001 (or 2), in that this is still pretty much the gear I’d choose, and is still state of the art, but it’s the gear few people even make, Gore and fleece still the main clothing on offer. What’s funnier still, while recording tomorrows Higher Education podcast, I talked about the once ubiquitous Buffalo mountain shirt (still made in Sheffield), and how it was the granddaddy of all modern softshells, yet although 30 years old, and looking like crap, remains probably the highest performance kit you can buy (gram to function/comfort). How is that?⁣ ⁣⁣ ⁣I wonder what has highjacked any really leaps in innovation? Is it fashion or the empty promises of marketing departments, where words do the work of actual function or were in an obsession with how stuff was made, not what it did: laser-cut seams, bonding and the stitch count (the @arcteryx effect), when really what was being made was no better in performance than bargain @decathlon kit, and at a quarter of the price? ⁣ ⁣⁣ ⁣Just as the sugar and wheat companies fucked up the world’s diet, did the power of Gore and Polartech and Primaloft, and the brands they feed, like TNF, hold us back? Or was it the fact the high street became the market, climbing brands just as likely to do a photoshoot of the kids on the street as the men (and women) on the mountain, that in terms of real NASA style mountain innovation, well there’s no money in it?