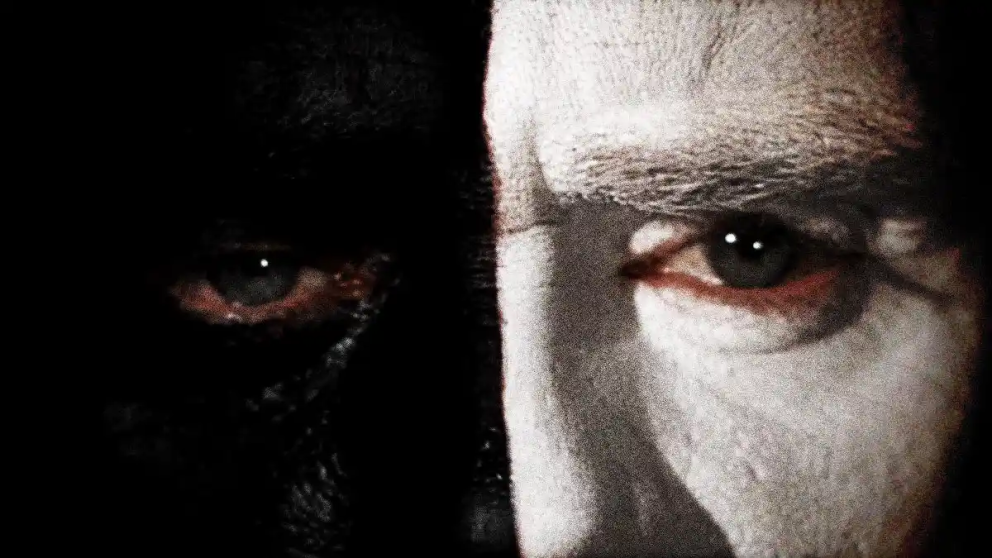 What I like about racists is that although they attract the righteous anger and indignation of those who judge themselves not to be so intolerant, and lack the lofty view shared by those who have made it to the moral high ground, you can’t deny that at least they’re honest.  Now before we carry on (maybe I’ve lost you already and you’ve headed back up the hill, cursing me for tricking you down here) when I say the dreaded R-word close your eyes and what do you see?  Probably a white guy, maybe someone who looks like he’s from a 1970’s TV show, maybe a Flying Picket, maybe Nick Griffin or some skinhead, not an old Indian man, a Norwegian teenage girl, a Nigerian teacher, an Argentinian bus conductor?  If I’ve learned one thing in my 44 years of travelling around the world is that most dreadful of Britishness’s, the white racist, is actually multicultural, multi-faith and universal, in fact, I’d go as far as to say that perhaps the UK is one of the most tolerant places to live in the world after Antarctica (there is a white supremacy movement down there but it’s rapidly eroding).

What I don’t like is someone who hides their true racist beliefs (rather than repressing it), and are not true to their nature, that their tolerance is just a mask.  See all those good middle-class families sending off last seasons ski suit to save Syrian, Afgan, Iraqi and North Africa refugees, well drop 6000 of them on their neighbourhood instead of Bristol, Hull, Leicester or Cardiff and see how quickly their good nature runs dry.  Then there are those so tied up with their self-righteous certainty that they fail to see they have become what they most hate, through their fight against hateful intolerance become intolerant and hateful themselves, blind to anything that conflicts with what gives their life its meaning.  When the enemy is in plain sight this story of good against intolerant evil is an easy one to read, after all, we all want to be on the right side (and by right I mean left).  But what about when Pakistani and Somali and African migrants, some second generation, so British, riot and racially abuse Roma in Sheffield or long-established UK black communities attacking first-generation Somali ones.  Oh dear - it becomes as complicated as finding a side in Syria, leaving you dreaming for those halcyon days when the enemy was in plain sight a skinheads and Doc Martins their uniform (although ecstasy, not war probably won them over).

But as for good old racists, they’re the salt of the earth, you know where they stand, you know what they think, they tell their own version of the truth - more valid than your interpretation of their truth -  quite a rare thing these days amongst those whose true and honest ideas and thoughts are really most needed.  Most overtly racist people, people you’d probably dismiss as ignorant (again stop thinking of whitey here), you being intelligent and liberal-minded and not ignorant at all, tend to be overtly racist because to hide that very human aspect of their (our) nature (the troop, the tribal, societal) does them no good.  To conform is no leverage to anything but a lie - the truth the only thing they have.  And this is often the rub of the working class, why they are loved, mocked, pitied and hated, being that they are honest and have no reason to lie, a skill called on increasingly as you rise in society, which for some is all about the performance, not the deed.  That’s the great thing about poverty, its truth is plain, it’s a great equaliser.  When a man stands next to me at the bus stop in Bray and says to his mate “I don’t mind Indian’s but I hate Pakis” he does not have to fear losing his position in society, he’s no professor or police officer or social worker, but a labourer who looks as if he made some bad life choices.  When a white taxi driver tells me in Doncaster he’s voting for the BNP because there’s ‘too many foreigners’ that superiority you felt as soon as you get in his taxi kicks in, him a cliché, the ignorant white racist taxi driver, but then is kicked away when he says “and my black mates say they would as well if they could”.  That’s one thing that people who judge, my mates who are teachers, doctors, lawyers, academics, managers, never quite understand, that being at the bottom of things:  poor, disenfranchised, where the fault line of mass immigration actually lie, not the ‘muesli belts’ of our cities, but at the peripheries of Liberal utopia: in struggling schools with dozens of languages and culture issues: a justice system battling crimes that undermine I higher ideal of our fellow men: public housing tensions and the strain on a welfare state model designed in a time of full employment and a health system that was only a little more sophisticated than you’d find if you took your dog to the vets:  it’s here, not in the hearts of the liberal ideal where the animal nature is most exposed. Here from hope is where you’ll find the brutal truth of it all.

On the flip side, poverty can also soothe the animal, as when you have nothing to give it’s no big thing to share what you don’t have.  The human in us knows that we need each other in order to survive, to make it a day today, and if we can bridge that gap we have a better chance of doing so.  This leads to a kind of pragmatism that the intellectual racist or social scientist can never achieve, the subtle reality of humanity on the edge, that yes life can all be about a battle for resources, but it can offer more.  I’ve met many people who you would judge as bigots, but who would go out of their way to help anyone who betrays the same human needs as them.  That is the line between human and animal, near and far, that an old lady, let’s call her my grandmother, who can hate all ‘blacks’ and yet can be kind and loving to her Somali neighbour, who although intimidated by ‘whites’ who she finds as hostile, can feel this love from a bigoted old woman and reflect it back.

I’m honest. I don’t believe in multiculturalism beyond the odd day of celebration to some myth.  I don’t think mass immigration is a good idea, but instead, a slow drip-drip, think that societies and cultures are more finely balanced than politicians care to see.  Society is like a soup that perfected over hundreds of years, sometimes thousands, each new ingredient added slowly and allowed to become one with the whole.  And yes - it’s a boring bland soup, but it’s hearty enough.  It’s not social engineering or the bullying of natural human fear that brings about harmony, to label real tensions as simply racist, but a process decades or a century or two long, taking place in our schools, not in our hearts and heads, my kids less racist than me, their kids less racists than them.  But it takes time and cannot be rushed, empathy displayed as much for your own as the ‘other’ the only way one.  It’s not healthy to make people feel that they are bad for thoughts and words you’d have yourself if you were so unlucky to be them.

And here is the danger, the worst kind of racist is the one who is not racist as all, emancipated from race by the ultimate separation: power.  Intelligent and self-aware enough to combat his animal nature, not survive but is thriving,  they draw their power from the nature of those less able, or the racism just under the surface of those who have struggled hard for what they have (who were not embraced by their state) as leverage for their own gain.  Of course, the most familiar farmer of such animal instinct is the politician, who through a mix of charisma, fear: of survival for you and yours, of your home, what you know, your culture and history, even freedom itself (I doubt our great-great grandchildren will know freedom as we know it), can incite the troop or the tribe to riot and sew fear for their own gain.  We are quick to hate such people, the Trumps, the Farages, the LaPens, but again there is some truth in their story that some recognise that you will never see.  Yes, that truth can be battered with facts and figures, and still, yet it cannot be denied,  a truth only felt on brutal fault lines.  And so that’s where they draw their support, those same ignorant racists you so dismiss and despise, poke fun at on Facebook, shake your head at, call morons: non-violent and slow to fight back, in their stupid DNA to just get fucked all their lives.  Just clowns in the tragedy of their lives, their only value really, the shitty jobs taken up by those more desperate even than them, to simply make you feel better that you’re better than them.  But when we fail to see what they see, to dismiss their experiences and grievances, label them as such perhaps one day they’ll rise, some election, some referendum, some small racists power that could drag you down and lead us all into a future more black than white.