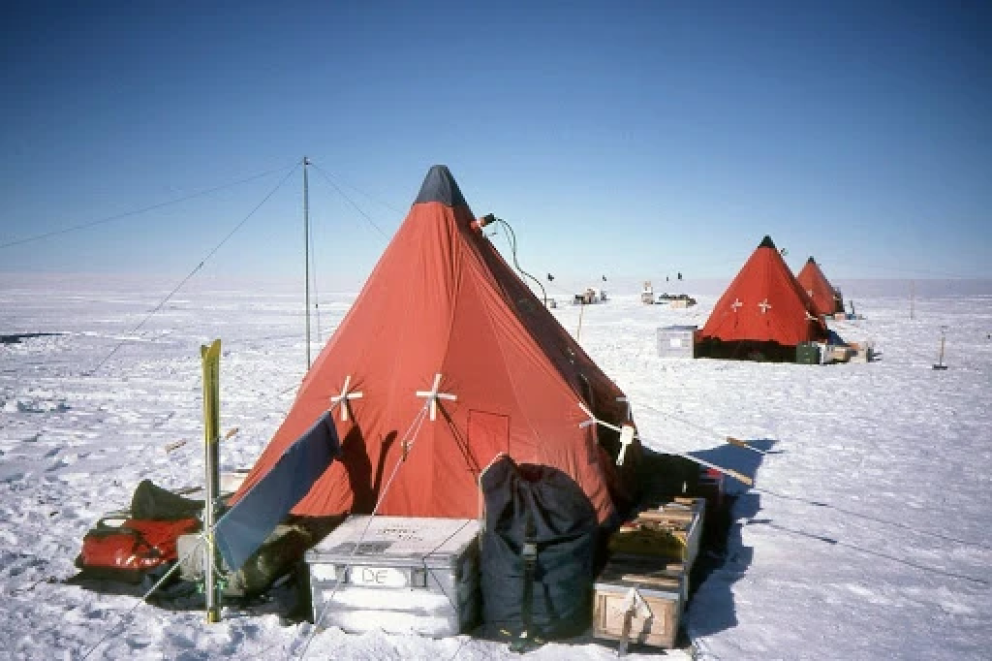 In a high mountain or polar environment your tent can be exposed to winds that can easily exceed the ‘safe working load’ of even the most advanced mountain tents, leading first to broken poles, then fabric/seam breakdown, followed by the doomsday scenario of the whole tent being blown away with you in it!

The strongest mountain tents made (a Snowsled Scott tent) will still only survive winds of 90 mph, which is extreme, but it can and does get windier than that, then the Scott is a 30kg monster with virtual scaffolding as poles!  Now how would a 3kg tent with skinny alloy poles thinner than your little finger do in those conditions?  Mountaineering is full of stories of people who put too much trust in technology (Scott for one), and no matter how strong, how space-age, in a hellacious storm, your tent will die (and you too) unless you protect it.  I can talk about this with some experience, having both spent many, many nights trapped in such terror storms, as well as having a tent destroyed in one, leading to a potential life-threatening situation,

There are many ways to increase your mountain tents survivability.  These include:

If you use all these techniques you can both survive big storms, but more importantly, you’ll be able to do this in relative comfort (warmer, safer) and be able to move on or up once the storm has passed.  Of the skills in this book, this is one of the most important for your survival.

Below I will cover each of these topics.


A single layer of snow blocks set in the correct position, shape and configuration will not only save your tent but also make it quieter (less flapping), warmer and if set correctly, less likely to becoming drifted it.  Russian climbers in the past have avoided snow walls, preferring to place their tents in more exposed places so as to avoid drifting (tents getting buried), but the designs of their tunnel tents tended to be more heavy-duty than western designs (thicker poles).  For Western climbers, the use of a wall in any camping spot should be second nature (with or without a good forecast), but you should also take to understand how to best build and set one, so as not to create secondary problems.

Never dig down, Dig up!

Before we continue onto the wall itself, it’s worth noting that you should never dig down into the snow in order to find protection unless you’re digging a snow trench or snow hole.  Placing your tent lower than ground level will guarantee your tent gets buried in any storm, with or without a wall.  This is worth noting when climbing established routes such as Denali, where you may come across second-hand tent spots.  If they’ve been used over a long period they may have become drifted in so that they are basically below ground.  Although tempting, you should start a new site from scratch at ground level (see how more lazy climbers get on in the next storm).

The art of selecting the ‘quarry’ for blocks, cutting, sizing and moving them comes pretty quickly. Here are some basic rules and tips:

Bad or no Snow

If you’re forced to try and dig a wall in bad snow, either super dense snow full of power or ice layers, then construction can be pretty tricky.  In very soft powdery snow you will need to stamp it all down in a larger area, then let it sit for an hour in order to get some density. If you can only quarry thin layers, then you’ll need to build more of a mound (like a pile of books), as the block quality will be too poor to hold its weight.  Such a wall will need to be much smaller, the aim to cast its wind shadow on just the tent, as making a much wider traditional snow wall would take all night.  Once you have the bare bones of a wall, smashing up the hard ground and shovelling the debris can help, and if you can get thin layers of dense snow/ice, then these can be laid like scales to protect the snow underneath. In the past, I’ve improvised by using bulks (Secure them so they don’t blow away) to add extra bulk to a wall, and in a real-life or death situation, in an exposed position (say you can’t even dig a trench), you could fill up rucksacks, bivy bags, large stuff sacks and heavy-duty garbage bags to create a sort of low sandbag defence - which although not ideal, could help you survive the night.  In my experience, unless you’re camping on pure ice, you can always make some kind of wall.

When it comes to building a snow wall you can either just ‘knock one up’ - a big flat wall that blocks the wind, or you can do something a little more scientific.

When making your wall start by making sure you have solid foundations (pack down the snow if it’s soft) and make sure this first row is set to level.  Each subsequent row should have the blocks offset from the ones below (like a brick wall), and you can use a snow saw to fine-tune the joins (this can be filled later by using chinks of snow).  The wall itself may not seem super solid at first, but in low to mid wind speeds, it will be strong, and will quickly freeze into one solid object capable of withstanding very high winds.
If you plan on having a fixed camp in very hostile weather over a long period, then consider making the wall double thickness (or even triple!).  This does not have to but full height, but only half-height in order to bolster your defences.

Here are a few tips that apply to all walls: Ok so now let’s look at the two types of wall you can build.

This is the most common style of wall and tends to be placed behind the tent in the expected direction of the wind, about six metres long (depends on the tent).  This will keep the tent to be right angles to the tent and is quick and simple to build.

The biggest danger with all snow walls is that although they can save your tent, they can also create eddies, or slow the wind down causing the to be dropped snow, burying your tent (once your tent is ⅔ thirds buried you need to get out and dig it out).  In order to reduce this (you can not eliminate it), you can make an aero wall (basically an aerodynamic wall).

Instead of a flat wall, construct the wall in either a V shape or a curve as not to reduce the wind speed as much (think of a river running around the legs of a bridge).
Consider adding snow to the windward side so as to further reduce its drag on the wind, as well as strengthen the wall itself. This will take time but is worth the effort if you’ll be there a long time.

Placing a second smaller wall half the height of the first round 5 metres from your other wall can reduce drifting, as this will create a drop zone for the snow, before it hits your main wall, causing drifting that should only strengthen the wall beyond.

With all walls, it tends not to be necessary to build the wall all the way around the tent, as this will help to trap any falling snow, and by checking the ground (Sastrugi, local knowledge etc) you can usually get away with one wall (but always be ready to throw up a second one!)