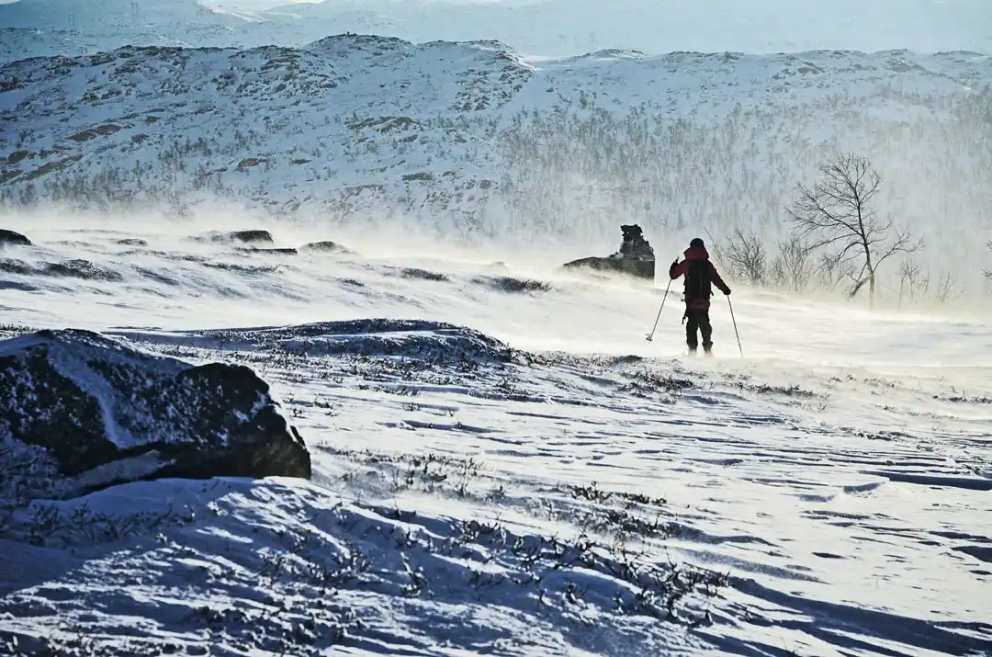 We are in the season of the lost, the season where all climbers dust off their compass’s, unfold mouldy maps, and try and remember how to get from A to B, secretly praying the weather stays clear, so they can get back from B to A at the end of it!

Good navigation in tough environments is about many things, but for me the one thing that is often left out from the teaching and the learning is paranoia.

I’ve often said that the art of staying alive in the mountains is to be paranoid - to never let your guard down, never to be complacent or smug, to never 100% trust in others judgement.  This may seem unfair, and well… a little paranoid, but when it comes to looking after your skin, being ‘cool with it and just going with the flow can - if not deadly - lead to tough times.  I realised this the other day when I found myself up a wintery mountain lashed with wind and fog, one of those mountains where the ground all looks the same, and you can’t tell a sheep track to a human one.  I was a stranger to the hill, and so being a bit lazy, and in tourist mode, I just followed the leader (who will remain nameless) up into the clag, the wind getting stronger as we went, with no distinct route ahead, just a series of steep bogs, tufty grass and the odd indecent depression where feet may have once gone before.

I’m not really intended to go walking, so wasn’t quite equipped for the hill, wearing only Sportiva Goretex running shoes on my feet and a pair of prototype Montane pants and a normal shell and fleece, which was OK until it started sleeting hard on the top (the pants meant to be ‘big wall’ style, but a real ‘do it all pants’ made from super-tough nylon).  My guide was a local, who seemed to have a strange navigation technique, which I would list thus:

Now, this last one was a problem.  Optimism is a vital competent of any climber’s psyche, after all, how could you ever begin any climb without it (some climbers do lack it, and therein lies their weakness), but optimism should be kept under control.  It should be used as a spark when needed, to light the way when everything is in doubt, but kept safe until it really is needed, after all when set against crushing reality, optimism quickly turns to disillusion or delusion!  When it comes to navigation through optimism is your worst enemy, here you are in the realm of mathematics and certainty, where X will always equal Y (but not “Y are we bloody lost!”).  Like writing HTML code, navigation with a map and a compass is not an art, it is a science, and has no room for optimism.  I will give you an example, you know where you are, you navigate to where you want to go, but begin to doubt you’re right, your ‘spider senses’ tingling, the ground is not quite right, the wind not where it should be coming from, a jumble of rocks, a cliff, a pool, not on the map - but you keep going anyway, knowing you’re wrong, but blind optimism leads you astray.  Wanting ‘it to be right’ is not the same as making sure it’s right, and when you’re lost what is the last thing you’re left with - yes just useless optimism!

I have this little mental trigger that I think anyone wanting to stay safe in the hills when navigating should use, that the very moment I lose certainty in where I am, where I feel ‘hope’ rather than ‘certainty’, I stop and work it out (the sooner you stop the sooner you can either work it out or backtrack).  The world of navigation in white-outs, fogs and empty wastes is no place for dreamers.

The second thing I noticed about my guide (again who will remain nameless) was they grabbed the compass and map, took a rough bearing, then put the map away and started walking, the compass held like a Sci-Fi scientist would hold a Geiger counter,  which after half an hour had us lost on the side of a mountain rather than a col (another dangerous navigation error is trying to make things fit, even when it’s obvious they don’t).  Skiing in Greenland and Antarctica taught me the vital lesson of sighting on an object (a lump of ice, a shadow), moving to it, and taking another sighting - even if the distance was only fifty metres.  Simply wandering along for a few hundred metres, the compass jiggling around in your hand, is not a sound way to navigate.

Again here it’s important that you first really grasp what the map is saying.  Just like when you started climbing and you spend hours tying knots on a piece of rope, you need to immerse yourself in the map, understanding distance, contours, features and scale (stick to one scale of the map - which for me would be Landranger 1:50,000).  The best way to build up this match between the page and the landscape is to constantly swap between them, ideally on good days, learning what a certain gradient feels like under your feet, how rivers and bogs allow you to navigate, how long it takes you to walk from A to B.  Building up this ability to use the ‘map as your eyes’ will pay dividends when the landscape is hidden from you (I’ll take it for granted that you understand magnetic deviation, setting up the map and compass etc).  With this knowledge, you should always have the map and compass together, and the amount of attention you give both should reflect a growing uncertainty on where you are, or where you’re going.  When things close up and get really bad you’ll be looking at your map constantly (you need to allow this to reflect in your timings).

On the subject of maps and compasses, it’s vital that you have a bombproof set up, with a quality simple compass (for winter nav get a large base plate compass like the Silva Expedition 4 as it’s easy to hold with mitts on), with a strong lanyard (I’d replace lanyard with glow in the dark paracord, as it’s easy to see and will tangle up less) onto which you thread 5 bright cordlocks (used for pacing) with a small wire gate krab at the end.  This should be clipped to the map case, of which the Ortielb is one of the best, and again this should have a wiregate attached to it so it can be clipped to your rucksack (remember the map needs to be at hand all the time in a tough nav situation).  I also always have a tiny speed chart taped inside my map case (nice little article here on the chart and how to use it).  I tend to have the map clipped on one shoulder strap and then tucked under the strap itself, with the compass attached to the map and stuffed in a pocket (or folded into the map case), but when it gets to micro-nav, I clip the case across my two chest straps so I can keep an eye on the map the whole time (if you carry it in your hand you can keep your finger on your location, but when using ski poles, high winds, or rocky ground, you can lose your map.

Having a solid system is a bit like having a superman cape, when the shit hits the fan you switch into super-nav mode.

I also use a GPS sometimes, my unit of choice a Garmin Foretrex 401, which is a very old unit, but is tiny, light, takes AAA batteries that last forever, and has proved itself tough enough in the wars in Iraq and Afghanistan.

Anyway, on this day we got lost.  The rain was pouring down, and it was obvious that we’d dropped down too early, and so I switched from tourist mode to nav mode, took the map, ordinated it, and worked out where I thought we were.

A few hours later we reached the summit, a non-distinct lump in the clouds covered in ice and hoar frost.  The wind was rattling us around and it would be dark soon, and it was obviously not a place to get lost, steep cliffs on most sides, long lonely wet valley’s below, our target to get back a mall carn back down the ridge, marking a dog leg back toward home.  Going into nav mode we began to back trackback, going in fits and starts, me stopping and looking at the map, moving on, doing things like turning around to check the ground above.  I looked a lot, my redundant guide asking if I, as I checked a footprint against my shoe to see if they matched, constantly looking at my compass and map

“No I’m not lost, I’m just being paranoid,” I said, and a minute later there was the carn.