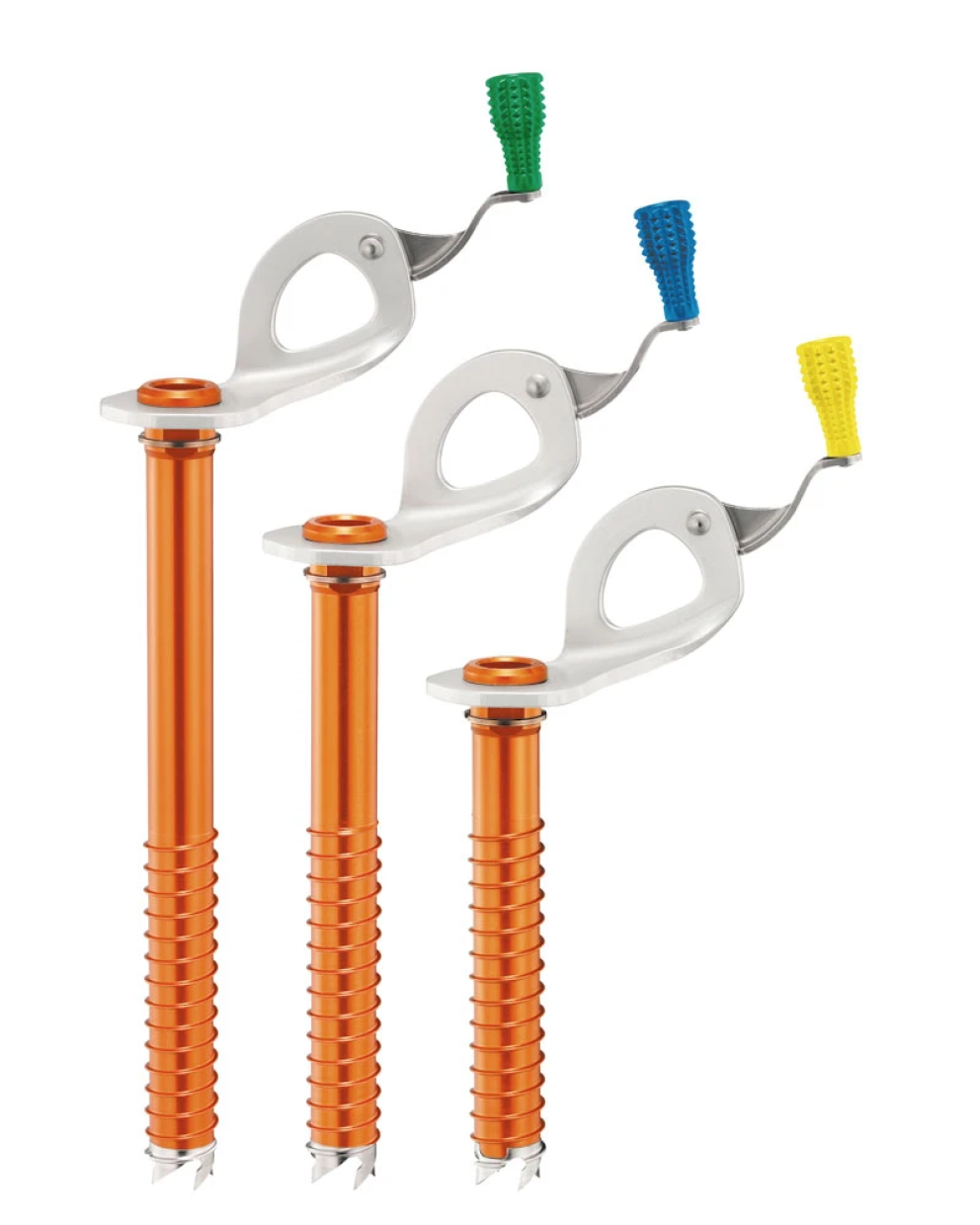 Never had it so good - Ice screws

Andrew, Do you sharpen your own ice screws? Being a carpenter gives me good skills for using a file and I always keep my ice tools and crampons sharp. I have been using a very small file to tune up my ice screws, but notice that my new BD Express screws go in so much better than the filed ones.”

Its a good question, and although a high-quality screw looks very much like a high-quality screw from ten years ago there’s been a subtle change in the design of the top-end models that have had a big effect on performance (I can hear all those climbers with full racks of old screws groaning at the thought that there may be better screws out there).

This improvement - often only subtle -  has come about due to the leapfrogging upgrades by Grivel, BD, DMM and Petzl, with each trying to outdo the competition, showing the importance of not having one brand dominating a market (best demonstrated by the rapid development of head torches once BD came on the scene).

BD has probably always been the dominant player in the serious ice screw game, both because historically that’s always been the case and because they do make bloody fantastic screws.  But Grivel shook things up with their 360 screws’ coming up with innovative ways of thinking about ways to place crews, while Petzl focused on subtle engineering solutions, each refining established ideas or coming up with new ones (in my book Grivel are the leaders in “blue sky” thinking, and getting these products to market rapidly, which always keeps the competition on the ball).  But for my money, I think Fred Hall at DMM made some real progress in the tube design (wall thickness, taper, materials) that pushed screw technology even further when they produced the Revolution, a screw with the audacity not to feature a spinny handle.

I think it’s important from a design point of view to question every part of what makes something work, and why people choose one thing over another (and if this is a correct choice and not simply dogma). In the case of screws, climbers most often focus on “does it have a spinny handle or not”, discounting all screws that don’t as being inferior.  In fact, you could argue that a spinny handle is there due - in part - to an inefficiency in the design itself .i.e the screw is not efficient enough to be placed and screwed in without that extra mechanical advantage.  If you look at past designs that had racket handles that could be attached you can see that slowly we’re working down towards a screw that will lock in the ice with one stab and twist, then screw in with one finger in the blink of an eye - and without recourse the folding handles, knobs and dangly bits.  These things have come about because although screws were meant to go in like that, they just never did, but adding a mechanical advantage achieved this ideal.

But here’s the thing.  I think this competition in design and engineering has seen a rapid improvement not only in ways to make screws that don’t work, work as they are meant to, but also screws that work - full stop.

I’m no screw expert (I tend to drop most of my mine, either because I’m clumsy or because I break my plastic screw racking krab), but I can see there’s been a big improvement in interior and exterior plating and polishing of screws, leading to greatly improved speed, core removal and corrosion resistance.  Wall thickness is also has a massive effect, as anyone who’s ever tried placing a Lowe RATS screw will attest, something DMM leads the way in, and I suspect the new BD turbos may have followed suit?  Also, the taper of screws has played a larger factor, the hardness of the steel, and tooth design and number of teeth.  These are all changes that are hard spot, or make great copy, but then the best design improvements are the ones no one shouts about, no one sees; the subtle, the tweak, the small detail that you don’t really appreciate until you step back and try an old model and realize just how much easier the designer or engineer has made your life - and didn’t even bother to tell you. I think this is the case with modern ice screws; being more than just the sharpness of their teeth or the size and spinnyness of their handle.

Finally, we’re getting the screws we thought we’d been buying all these years.