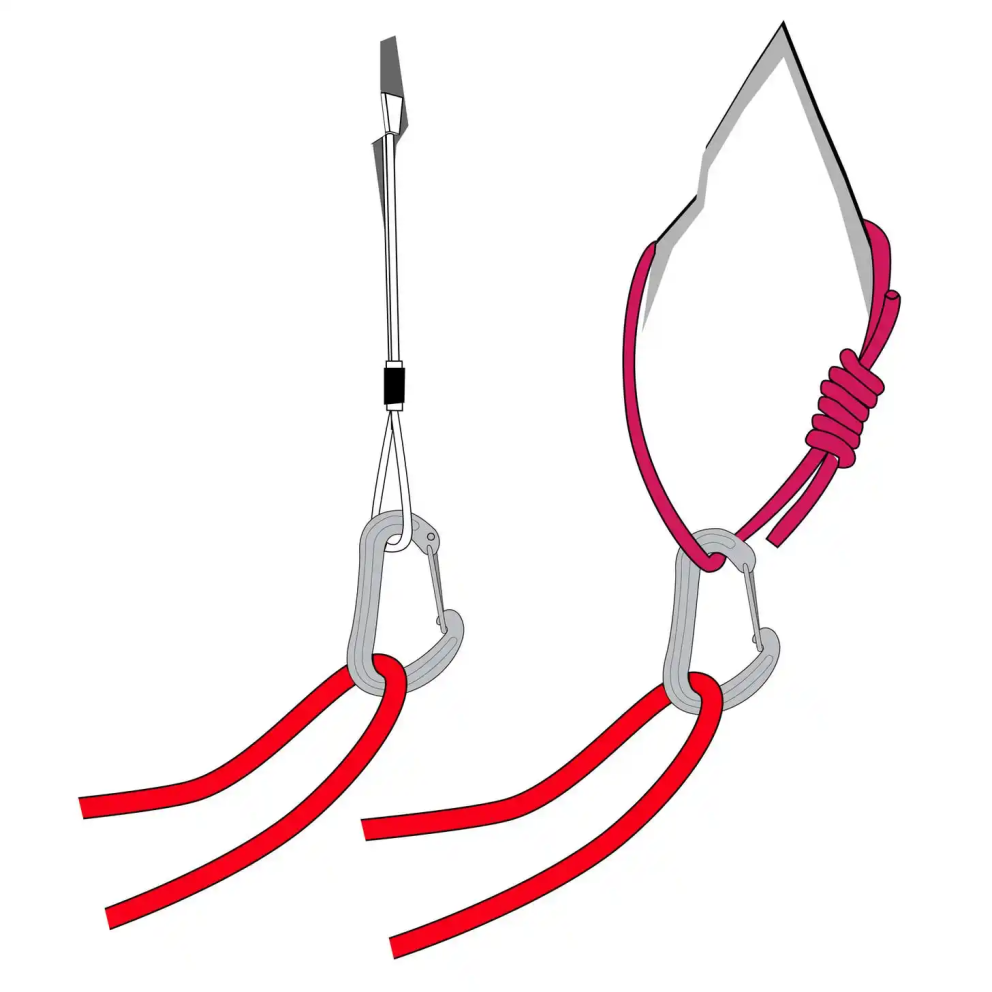 In the second part of this series on problem-solving (part one here), we return to Emma and Ryan, high on a climb, faced with a tricky set of moves off a ledge, one that is more dangerous for the second than the leader (if the second falls off they will have a dangerous swing into a corner).

In this version of the scenario, I’ve made life much easier for Emma and Ryan by giving the team double ropes to play with.

Below I’ll set up several ways to deal with the problem.

Here, Emma – who’s the stronger climber – leads the pitch, but does not clip one rope (red), into any protection.

The second then feeds the red rope through the anchor, or if using a non-fixed anchor, they will leave a sacrificial piece (nut or sling). Sometimes, this back-rope piece can be released once the climber is above it, either pulled out, or flipped out (such as a nut or sling), but the climber needs to have a way to release the rope one-handed (so do not tie into it). The best way to do this is to attach the back-rope via a clove hitch clipped into a locker.

The best way to belay the second (as the one rope will be paying out, while the other will be paid in), is to use a guide plate for the primary rope (blue), and a Munter hitch for the back-rope.

A simpler variation has the leader simply lead as normal, clipping gear into both ropes. When it comes to seconding, one rope is used as a back-rope, and again, released at some point. This can be done at a point where the rope can be tied back into, so as to stay attached to both ropes.

An easier method to avoid a swing is to have one rope set to act as a top rope.

In part three I’ll cover climbing as a three-person team.