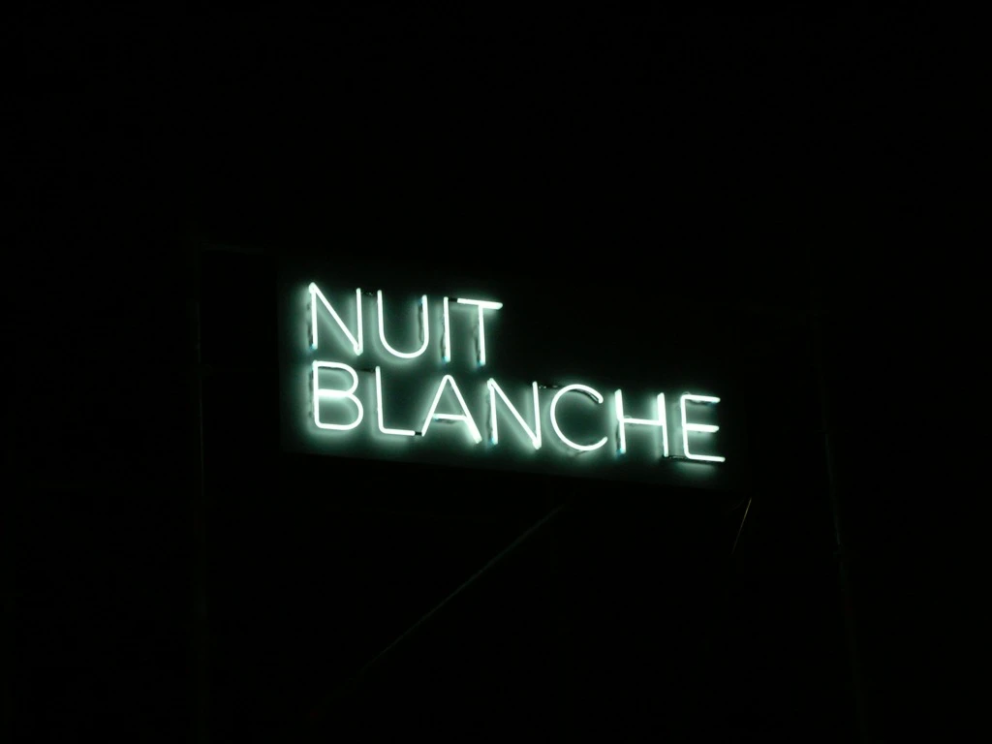 Watched a little film clip of Will Slim climbing Nuit Blanche this morning (video below), thinking how steep it looked, and pumpy, and kind of out there, upon the sidewall of the lower Argentiere glacier.  It slipped my mind I’d led it twice.

The first time was with Ian Parnell in cold crap weather, the only route we knew we could get to when every other route - high or low - was under a metre of dangerous snow.  I think Ian led the first pitch and I led the second.  A year ago it had been one of the hardest routes around and had been attempted by many (Andy Parkin tried it using RURPS for a belay when it was very thin).  I seem to remember the story went that Lafaille finally claimed the prize only for Stevie Haston to tell everyone he did it the day before.

Since then the route - like most hard routes that take many years to come into condition - grew fat with age, and soon the grade dropped to about 5+, meaning normal people like me could give it a go.

I’d climbed most of the WI5 and WI6 routes by then on the other side of the glacier, which back then seemed like a big thing (will never forget climbing Shivalingam with Andy Parkin, me suggesting we solo the first pitch for speed, Andy told me afterwards that people tended not to do that kind of thing).  And so it seemed like Nuit Blanche was the next big route to do.

The climb with Ian went by smoothly, the first pitch being very steep, if not overhanging, but super featured, so it was more like rock climbing, with plenty of little places to rest.  The top pitch was a normal pillar, only with some good exposure.

About a week I was back with Tim Emmet, was had yet to become a global superstar, but he had all the hallmarks of one.  I seem to remember that he hadn’t done tons of ice climbing back then, mainly stuff in North Wales (back then we only had a day of ice climbing a year in Wales), but had soloed cascade I think.

Anyway, we rapped in from the top, as was the usual case, doing it in one sixty metre rope stretcher.  This time I led the first pitch and Tim led the second, climbing it in under an hour.  Getting to the top with plenty of time to spare I suggested we rap down again all the way to the bottom, cross the glacier and do Icelander on the other side (I think we had a plan of climbing three hard routes in a day).

We started down from two bolts I think, making it to the middle of the route, with one more rap down the easier bottom section most people avoided.  I unclipped from the rope and pulled it up, only seeing to my horror when it was too late that the knot was still tied in the end.

“Are Tim I think I’ve fucked up?” I said, pointing up.
“Ah mate, you have,” said Tim bursting into laugher.  As I said, he was a star in the making.
“Never mind, I’ve got a plan,” I said, trying to sound like I was actually very able, and not a total fuckwit “- we’ll just have to rap on one rope and climb another route to get back to the top” and with that, I pulled the rope until as you’d expect the knot stuck fast.
We now realised neither of us an ice threader or any tape, to make an abseil.
“No problem,” I said, and set up a retrievable ice screw belay.
“Mate,” said Tim laughing “-do you think that’s going to work?”
“Course it will,” I said “-and if it fails while you’re going down first I’ll just use a screw”.

As you can guess I went first, then Tim, the screw coming down neat as a whistle once we hit the glacier, Tim declaring it “top bananas”.
We took the single rope we had and climbed a very thin route to the side, got to the top and retrieved our rope.

Many years later I bumped into Steve Meyers, and he told me he’d been to a slideshow of Tim’s, where he mentioned about his climbing partners, and my name had come up.  “He can show you a trick or two” Tim had said, which was nice of him, as he could easily have said I was a bloody amateur.