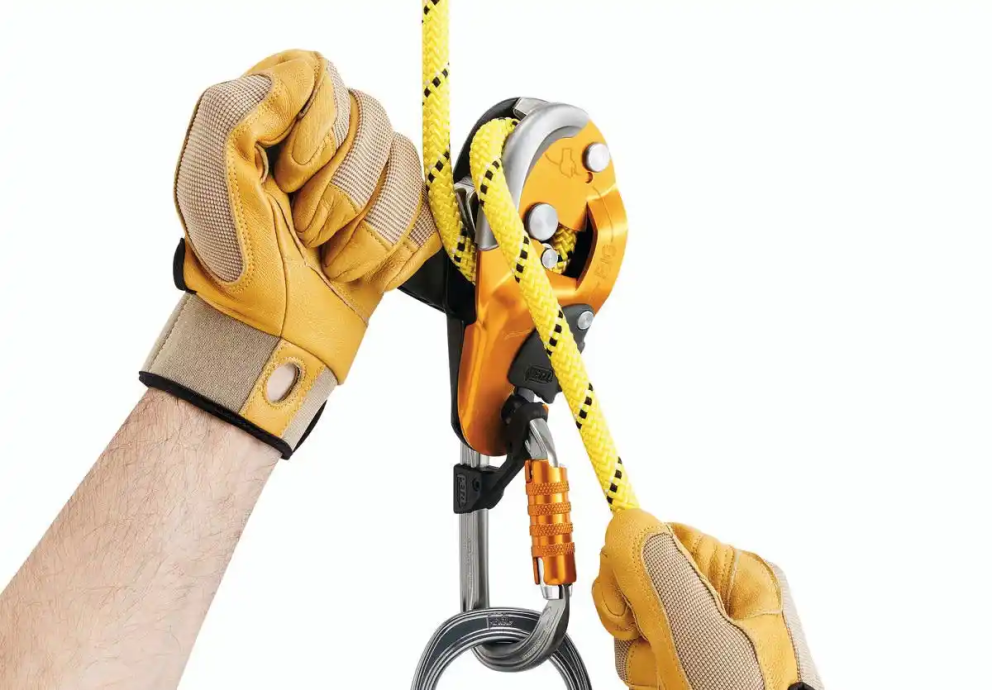 The following Oh Shit Award is a great example of many things, including the value in training in a safe environment (rather than improvising or trying to remember something you once read in a dangerous one), investing in various back-ups, fail-safes and safety nets in order to learn and practice without killing yourself. Ultimately, it also demonstrates how sometimes we can be lulled into a false sense of security, or that “we’re just practising for something potentially dangerous”, can be just that.

This happened in a small stone quarry in Belgium that is currently being developed (bolted) as a sport climbing crag. Me and my friend M. are practising to go and do some big wall climb at some point in the future. We made the deal that he is in charge of getting us ready physically (please M. No more; my abs are already dead…) and I’m in charge of getting us ready on a technical level (What do you mean you still can’t tie a butterfly one-handed behind your back!?). I’ve always loved “playing with gear” more than the actual climbing and had just taken a course in Alpine rescue (just for “fun”). After 10 weekends of hauling stretchers and mock victims in and out of trouble, I had a nice enough base of knowledge that I wanted to share with M. who had only ever done sport climbing.

During last winter’s lockdown, all gyms were closed, and it was too cold and wet for any decent sport climbing. We thought it was the ideal moment to go and work on our rope techniques. We set up fixed ropes at the top of the quarry and spend a day hauling, ascending, passing knots, etc. We didn’t want to be the guys that have to call a helicopter because they dropped a carabiner or had a knot in their rope, so we figured we’d make it hard on ourselves and get ourselves into some simulated troubles and learn how to get out of them.  This is when the learning opportunity happened. We were going to rap down to the other person pretending to be unconscious; take their weight on our descender and get them down. We were responsible little boy scouts though and had set up a third line to which we were backed up with a shunt; we’ll get back to that.

Three pieces of information floated around in the back of my mind that I never paid much attention to; or rather; that I couldn’t really imagine were all that important or even true. 1) You can’t descend two people on a GriGri; you’ll break of the handle before it starts to budge. 2) Muddy/dirty/icy ropes mess up the behaviour of descenders. 3) When descending with a victim never have them hanging lower than you; you want to feel and see where you are going and shield them from obstacles.

On the first attempt, M. descended to me and we tested whether 1) was true. Turns out yes, GriGri’s don’t budge under a two-person weight; at least not on our rope. So after a lot of hustle, I was transferred to an ATC with additional friction and we got down; all good. Next, I wanted to demonstrate my (newfound) skills and show how much faster I could do it (cue hubris) using my RIG (a fancy industrial GriGri with a bonking handle); I had already practised this in the rescue course!

Once I had M. and myself hanging from the RIG; disappointingly enough; it didn’t budge either… I remember my thoughts as follows: “hmm; maybe it’s all this mud in the rope; I was told this could happen but I can’t really believe that would be it” (there was LOTS of mud); “But we are backed up to an emergency line, what’s the worst that could happen?” (the emergency line was slack and our lanyard to our shunts were rather long). So I carefully cranked on the handle… Firmly holding the braking strand… Much faster than I could react the rope shot through. We stopped 2,5m lower. Our shunts barely took any weight because of the slack in the lanyards and in the backup line. I had had the right reflex to let go of the handle. However, I had broken rule 3). M. was hanging horizontally underneath me, and what I thought was a flat rock face held a nasty upward-pointing flake. Looking down I saw M.’s back hanging 10cm above that. I hung 30cm above him. We were perfectly fine and shrugged it off.

Does this situation warrant the drama and build-up I just wrote? Maybe not; it was not a complete free-fall after all, and we were fine. But in visualising it again I can only see that I came unacceptably close to paralysing my friend. 50cm more and my weight could have caught his spine on an anvil of rock. I learned the following lessons from this:-Having backups is good, but never let them lull you into a false sense of security.-It’s good to be prepared, but don’t bite off more than you can chew. -Don’t let your ego make the decisions.

When I wrote Down, I tried to drum into the advanced chapters that people should always practice advanced techniques in an environment that would not severely punish mistakes or fuck ups. This was at the end of a top rope, ideally indoors in a climbing gym, where everything could be controlled (anchors are 100% safe, and it’s easy to see and communicate with each other).

I’ve seen such an approach avoid many accidents, as the “unthinkable” or the “freak” accident tends to happen more often than you’d want to imagine.

I once had a guy who’d had both jumars pop off his rope while climbing El Cap and wanted to learn a safer way to jumar. I got him to show me what he was doing while I had him on a top rope, and yes, both jumars popped off the rope for a second time (but hopefully the last!).

Samuel and his partner did everything right and were saved by having a back-up rope. They had obviously set their sights on big things, but it seems like maybe they missed out a few steps in their eagerness to learn or tested what was safe or what was dangerous by making themselves the guinea pigs. Sometimes when you’re learning new things, it can - in retrospect - appear a little bit like pulling a trigger to see if a gun is loaded. A better approach is to save up a whole load of mad and outlandish scenarios and then practice them at the climbing wall, or a two feet of the ground.

A great example of this approach was my dad had a story about wondering if someone could rappel off a rope without an anchor, but with someone just standing on the rope. This theory was eventually tested on Idwal Slabs, but with the rope backed-up to a solid belay (and yes, you can rappel down a slab with only the weight of someone standing on your rope).

In this case, maybe it would be best to practice rapping with a heavy load that’s not breathing, i.e. starting with a heavy pack, then a haul bag, going from 20kg to 50kg, then 70kg. Here you can learn how to release such a load from a belay anchor or dock it again (if you’re on a single pitch, you’d probably just lower someone to the ground), or even pass a knot while a bodyweight load is hanging off your harness. Such practice as this not only arms you for such eventualities, it also forwarns you of the limitations of technique (sometimes it just comes down to muscle).

As an aside, I’ve met lots of people who have pulled off impressive big climbs, and by and large, all of them did so due to a huge investment in training before the went, which resulted in them not being sideswiped by the unforeseen (like how to pass a knot or set up a Z haul).

When you’re pushing your own boundaries of knowledge, it’s essential to do it one step at a time because each step is going to be a little puzzle for you to solve, maybe several, while a giant leap might result in a game in which winner takes all, and the winner is gravity!