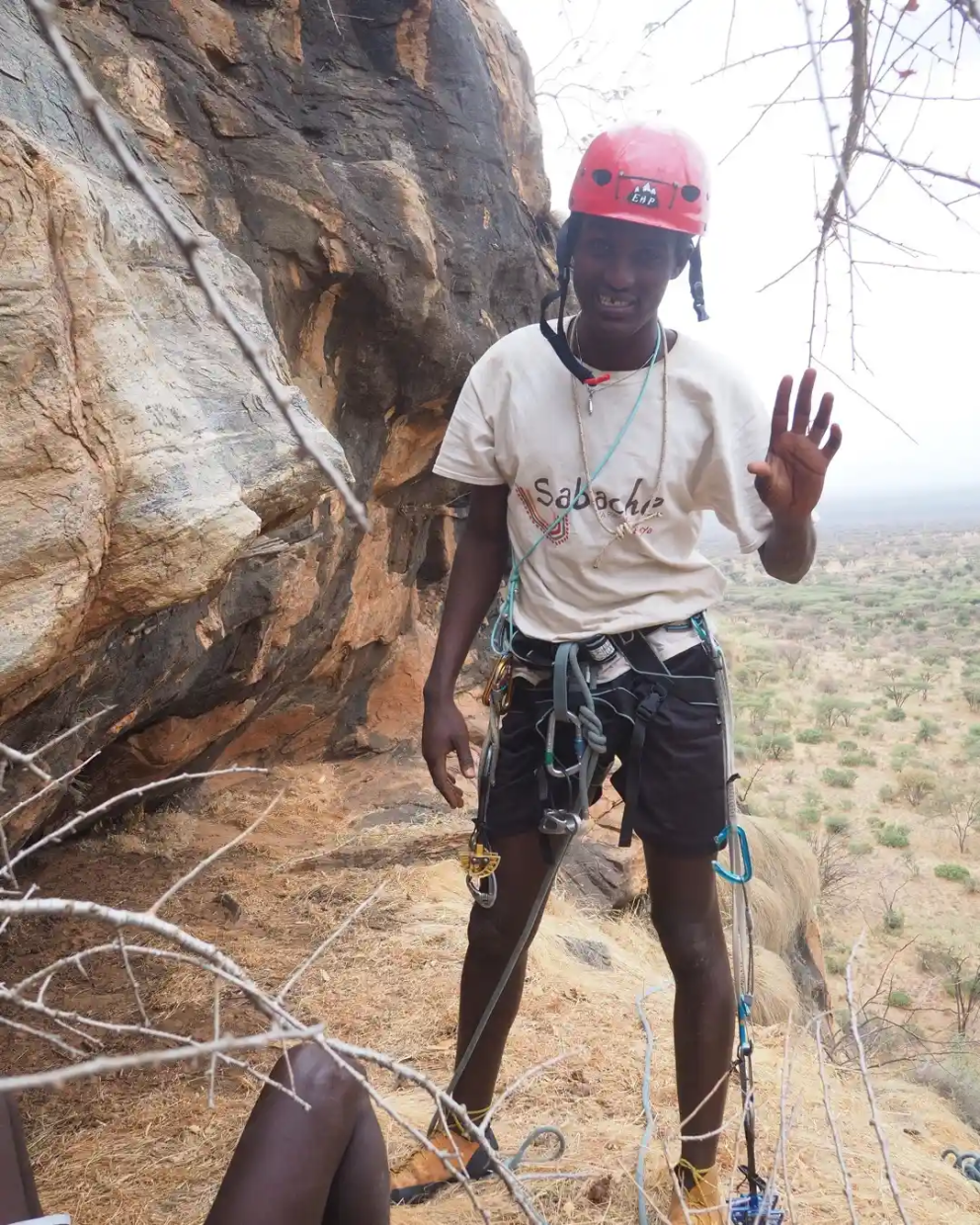 I was once talking to a well known black TV presenter and he asked about skiing across Greenland and making a TV program together. I joked that I wouldn’t do it if he being black was any part of it because I always found such things patronising, simplistic and tokenistic. He was taken aback a bit, but for me, it felt lazy to coast along on the skin pigment of a middle-class British guy on a five-figure salary and from middle-class parents, and that taking along a white youth from a North Shields council estate would be far larger a leap, that poverty trumped race. For me, if I’m going to save the world I’d like it to be for something with more depth than 0.5mm. I thought about this conversation this week when I found myself unexpectedly roped in to teach two young Samburu guys how to rock climb, a funny and sometimes dangerous task (much of the time there was zero belaying going on). The idea was to expand the skills of these young guys, both so they could undertake basic mountain rescue, but primarily so they could perhaps see the amazing potential of the rocks and big walls all around them. These guys would normally be found dressed in native dress carrying an AK47 or old Lee Enfield, looking after tourists and taking them up to Mount Ololokwe (the danger for mountain elephants is VERY real). The idea was to train these young guys so they might stay in their homelands, make a living (wealth here is based on cattle - goats, cows and camels) and raise a family, rather than be lost to Nairobi and never come back. Our western mind reels at these guys bolting up cliffs or making a via ferrata up an African big wall because we want our mountains pure, but it often means we want our natives to be just props in our perfect imagining. We keep people poor so our experience can be rich. The idea of these guys one day being UIAGM guides is something that really excited me, that they could see themselves evolve into the landscape, both protect it and harvest it (remember Chamonix was once just full of Shepards like Ian here), that for them and their sons and daughters the future could something more sophisticated than safaris.