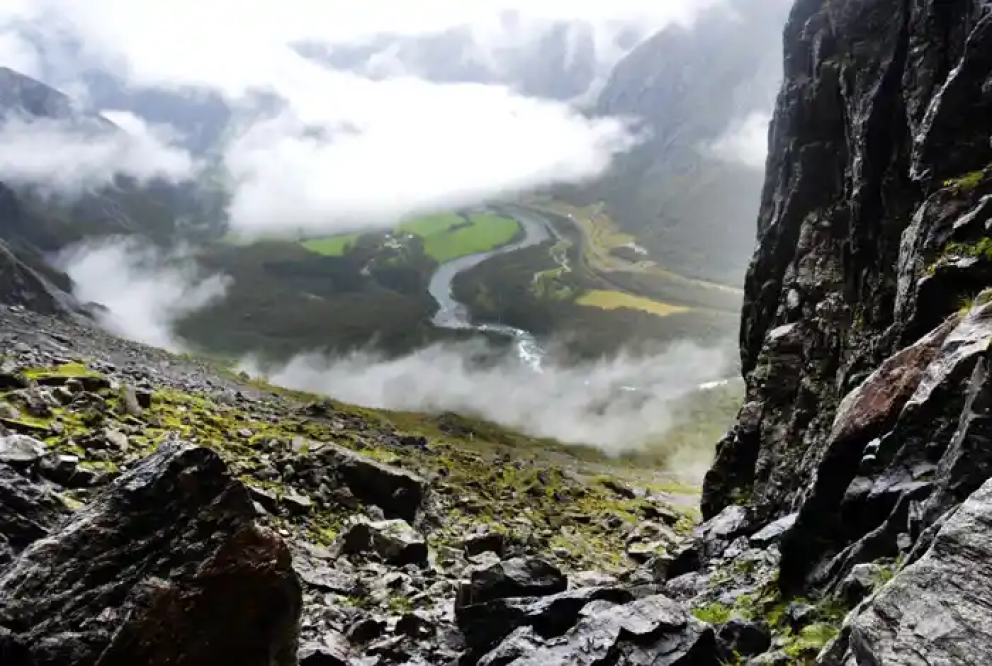 On hands and knees

Back in the campsite feeling well and truly rung out.  Today I had to carry the first of two loads up to the base of the route, probably the equivalent of three trips up to the Cromlech.  The way up is always a nightmare (winter or summer), generally due to the awful state of the screes, which are just loose, ranging in size from forty degree quicksand to wobbly grand pianos.  Carrying a fifty kilo haul bag up such terrain just sucks it out of you.  What made it worse was the normal path that leads along a river until you can break up to the screes has become an obstacle course of fallen trees since my last visit.  I guess the huge rock falls a few years ago have put people off going for a stroll along the bottom.  Not sure if the trees have fallen due to sickness or some kind of rock fall blast, but many areas are unrecognizable since my last visit.

And so just getting to the scree was like some sick assault course, climbing over trees, crawling under trees, bushwhacking, and generally getting my ass kicked.

I took the log slow walk up to the base in increasingly small chunks, and knew I was close when I spotted several bits of long dead portaledge tubing.

The route looks wicked steep, with one really nasty looking first pitch; nasty as in Welsh gulley - muddy, slimy and green (graded V on the topo).

I sorted out the gear and knew I should lead a pitch before going down, but then as I procrastinated, the mist came down and it seemed like it was almost dark.  Very spooky, and I took it as a sign to leave the first pitch till my next visit.

Came down a way I thought might be easier, but should of known better, and by the time I got back to my car I didn’t have much left.

I guess you forget (or the memory is erased) how much back breaking work is involved in a big wall solo, and that anything beyond El Cap, with it’s short and easy approach, is a lot of work.  I guess it’s all about work, the knowledge that you did everything by yourself.

Need to to take second load up (ledge, food, bivy kit and 2 ropes) but don’t think I can face it tomorrow, or at least going the way I went today.  Feeling tired I know I just need to see how I feel tomorrow, plus my body feels as if it’s had a right good kickin due to the number of talus tumbles I’ve had over the last two days (hands, knees and elbows have had a real bashing).