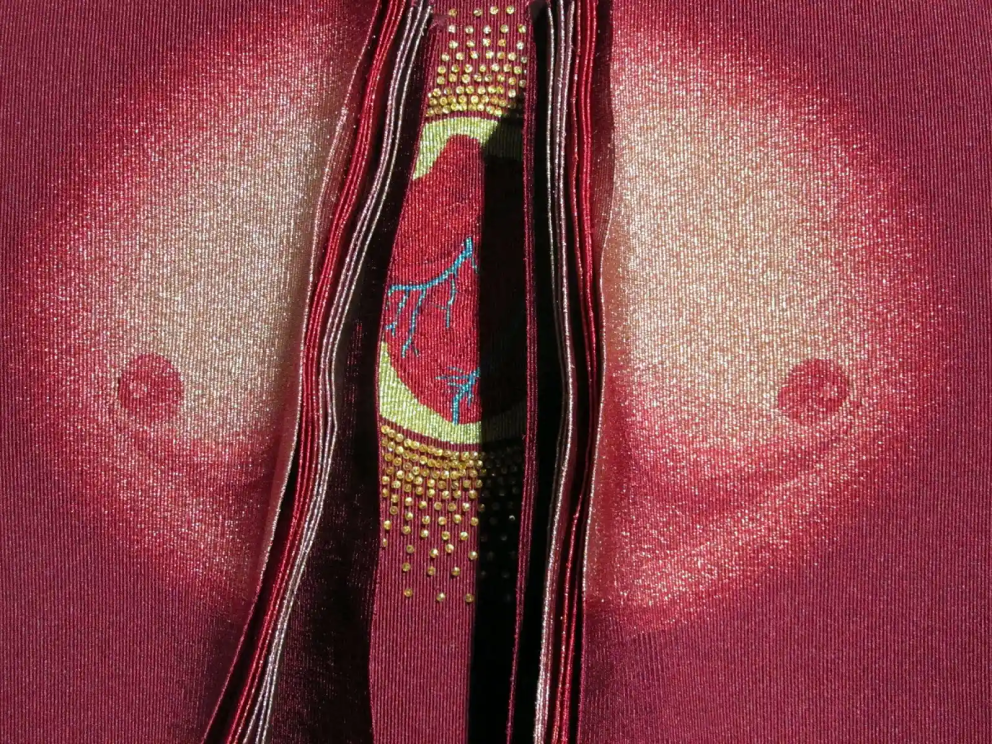 One Stitch at a Time

I get a lot of amazing emails from this site, many of which start like that, someone being brave enough to reach out with a question - not question usually - more a story.  At the start it was about gear, the stuff of climbing; but now it’s about the stuff of living.  I try and be as honest as I can in what I say here, try and isolate some truth in my life that makes that life make sense to me (that’s what this sites about really).  And so some people think maybe I have a clue about theirs, and email me to ask for my thoughts about their dilemmas about much more than which camming device to buy (FYI that would be Totem cams : ).  I often wonder for every email that I get (about one a day), how many don’t get sent?  More often than not the issue resolves around dealing with some trauma: a broken heart, a broken body, a broken life.  I’m not a councillor or Samaritan and so just reply what I’d say if I met you down at the climbing wall.  The one thing I always try to do though is to not say what everyone else says, what’s the point?  I had an email this week from a friend who’s dealing with a life-changing injury, who although on the surface seems as if she’s dealing with it, is actually feeling the ‘darkness’.  I tend not to share emails like this, but I think maybe there may be something of value to someone out there who would never think of email.


This is one of those emails I bang out at midnight that I read again in the morning and go ‘Oh fuck’ (I wish Gmail could snatch stupid emails back out of peoples heads, turn back time, how cool would that be: a second chance!).  I apologize if this reads like a load of old metaphysical wank!

Anyway here’s what thoughts are drifting through my head:

I think life is all an act, fulfilling the role you’re born to fill, that of being a human being.  I think this is demonstrated by the fact that many people I talk to (successful or people with a lot of responsibility) spend much of their lives feeling like they’re bluffing, making it up, that one day they’ll get found out.  People are acting the part of a fully functioning human being, their ‘normal’ life primarily working off a script of what ‘normal’ is, doing and saying what is expected, showing the emotions required to fit in (not laughing at funerals!).  You’re born, you’ve given your part (most often the same one your parents had) and day by day you get better at it, so good that one day you inhabit that role.  People go through their lives playing this part because they want to fit in, be in the cast, in the show, headline if possible, because it’s all we know, lines remembered (“I love you”), the cues to hit rehearsed (“I do”), the idea of not fitting in, of going off script, terrifying (we seem to forget we’re animals sometimes, better than that, but we are, and live in terror of not fitting in).  When you say to someone in their forties who are complaining that they’ve done nothing with their lives “pack in your job for a year and do something”, you know most won’t.  What if they give up their part and fail the audition on their return?  In this actors life, some do it well, command the stage (because they realise it’s an act perhaps), while others do it badly, feel miscast in their role, or just lacking talent, feeling like Danny Dyer in a movie you find in the pound bin.  Why do we act so?  Well because we’re animals and only performance makes us more than that.

And then there are those who for no fault of their own fall off the stage, who lose their part altogether.

I think maybe that’s what happened to you.

It sounds like somehow you found yourself back, acting like them, saying what you think you should say, acting out this new role of the cripple.  What are your role models?  If you lost a leg or had cancer you’d have many to choose from, role models being actors you can copy, but then they’re acting too, that story on Youtube that brings tears, or inspirational documentary still just a movie.

You pretend to be someone who’s come to terms with how things are right now, mainly because those around don’t know what to say or do if you don’t. But it’s just an act and you know it, and that’s why you struggle.  It’s easy to act that everything’s OK, that you can smile, do stuff that’s normal, keep busy, tell people “I’m getting better”, but really you’re doing it only for ’them’, not you.

Philip Larkin said something along the lines that dying is the act of trying to make everyone else feel better about you going - and maybe living’s like that too.  Tough times are the same, I’ve spent my life seeing it in the eyes of so many people.  People can carry the most immense burdens of guilt, shame, sorrow, anger and pain, and still act normal to everyone around them.  I know two people who committed suicide in the last two years whose death came totally out of the blue (BTW I always have to check how to spell suicide on google - which is a great spell check - and when you type it in the phone number of the Samaritans pops up!), with people saying ‘Oh he was so happy” etc.  The ability to handle short term pain is impressive, but some pain has no sell-by date.

Now what I’m writing here probably makes no sense and is not a fully worked out theory, but I think that - although contradictory (life is), you both need to let the agony flow through you (stop acting, cry, get angry, smash shit up), while at the same time don’t let it overwhelm you, suck you into a vortex of pity you’ll never get out of (that dreadful pity party where you’re the only guest and can never leave the table).  How do you do this?  Well first off it’s a process, one that will take years and years, which sounds like a long time, but then you’ve got a long way to go, like pushing a marble around the world with your nose: every day you’re closer.  Being a visual person I like to create a little image of what I need to do, what’s happening to me.  It helps.  I need to stress that I’ve had a very good life and don’t have a clue what you’re going through, but then all pain is relative, don’t feel yours or any others has more or less value (unless it’s a bloke with his dick caught in his fly).  So this is my way of imagining the balance between letting it out and holding it in. Have you ever slid down a gym rope with your hands?  You’re high up and know you can’t hold on for too long as the ropes too thick to grip, but if you go too fast you’ll burn your hands, and so need to balance these things in order to get to solid ground.  That’s how I approach it.

I think it’s good not to hide how you feel, especially from yourself, as you’re just storing up long term pain.  Get good at acting you’re fine and one day even you’ll feel it’s true, and so not understand what that feeling is you feel all the time, day and night like someones stuck the pipe from an industrial hoover in your chest.  I used to know someone whose motto was “Fake it to make it”, maybe one of the toughest people I’ve ever met - on the surface, but her whole life was a fake, her true self hidden, the pain never addressed, her true self lost to everyone under a scar half a life deep.  What we need are people in our lives who let us be honest (not your mum or dad, as you can’t do that to them), people who’ll listen, then tell you to get a grip.  Sometimes you have to shake people you love to get it out of them, to slacken their grip and slide down a bit, just shout at them to “be sad”, “be angry”, “be hurt”, “admit you can’t take it”.  STOP BLOODY ACTING.  But most don’t want to shake you, they want you to hold on and be strong - for them.

I’ve written about it on my blog but if you really want to sift through things in the hope of finding happiness (happy is not surfing on Richard Branson’s island, but just finding equilibrium between sadness and joy), then you need to shoulder the weight of who you are first, embrace the darkness and the light and all that new age crap (yin and yang, two wolves etc, humans dealing with this crap forever: ).  I really don’t think we can change who we are, only do a few re-writes (stop eating bread for example), but we can come to terms with the role and then really inhabit it, make it ours.  Who knows, you may even win an oscar!

As for darkness?  You feel the darkness and it scares you because you’ve been telling everyone things are getting better, filling your days to give the impression you’re back to normal when really the darkness has yet to let go or run its course (you can kid them, but not the darkness - it’s latched on to your soul).  You’re faking it to make it, and OK strategy as long as you’re not trying to kid yourself.  Again you need to let it our, overwhelm you a little.

But is it really that dark? I’d say don’t call it darkness, that makes it a negative, something alien and unwanted.  What you feel inside comes from you, don’t reject it. Again if you can, you need to shoulder the weight of that feeling you call darkness.  Do you believe you have a soul?  If so then what you feel is a wound there, like a broken heart, not for a lost love but a lost self, the lost future you thought you’d be having.  It will heal and go away - that dark feeling - but you can’t rush things, your soul like a beautiful ripped tapestry.  You can’t rush a job like that, it takes time, years maybe only repaired with care and patience with your hand and the help of others, a soul and a life stitched back together one stitch at a time.