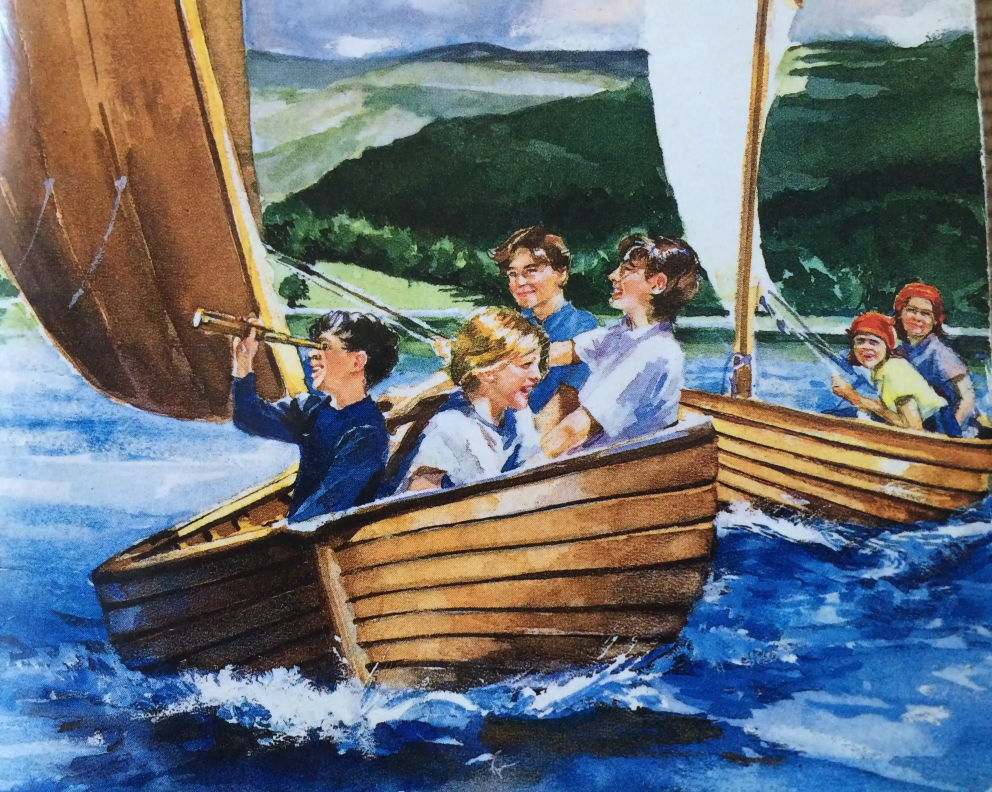 As anyone who reads what I write will know, I’m a fan of the heretical, the counter-narrative, the heterodox. I suppose this comes about due to a bit of an immature rebellious streak, in that I don’t like being told what to do, to sit down, shut up, and just listen. I blame it on watching One Flew Over the Cuckoos nest while being young and impressionable. I’m also inquisitive, and in the jigsaw of life’s meaning, I invariably find that ‘the other side’ holds at least half the pieces, so why not ask to look?

Currently, this healthy way of looking at the world is defined as a negative – even dangerous – labelled as contrarianism, to go against what’s agreed upon. In many cases what’s agreed upon is designed to eliminate dissent from the corporate, state or party line, to demonstrate support and solidarity, to be on message, to hold the line. Very often it’s a bureaucratic exercise designed to hide fundamental flaws and failures in a plan, a big idea, an institution, an ideology, such as unforeseen consequences, or subjective hope meeting objective reality. It’s not about “I told you so”, it’s more “have you considered this?”, but no one wants a child pointing at the king’s arse do they, best just clap and keep the kids away.

In the past, I feel that outdoor media providing a great platform for the trouble makers, creating little storms of controversy that were both fun the watch, but also helped to create some sort of balance and middle ground. Ideas were fought out, and a consensus found, people forced to fight their ground, and in doing so consider the weight of their opponenst. This is probably one reason why we don’t have bolts on Gritstone but we do on limestone, that a more apathetic sport would just let people do what they want.

These days I feel no one really wants any trouble. It’s like when Tyler Durden asks his fellow Fight Club members to go out and start a fight, but no one will fight them back, they all just run away - apart from a priest, a man of peace. I think this is because trouble is trouble, it could damage your brand, it could upset people, force you take a side, cause a loss of followers, maybe even jeopardise funding and the bottom line. Ask yourself this: how often do high profile climbers step out of line and really say something that is not just a PR platitude? How often do outdoor institutions do something that you feel demonstrates they have an institutional backbone, the current example being to defend the sport from charges of privilege and racism, rather than chase after government monies in order to support such a toxic and suicidal idea. I see trouble all around, but not that many trouble makers.

And so I’d like to use this Substack to give voice to the trouble makers, the people who beg to disagree, which I’m sure will cause some follower and financial penalty, but what are followers and money for but to lose? I say read it and consider it, maybe see it as a strength test for your own ideas on a subject, or something to think or talk about. Don’t consider it as a manifesto, or something chiselled into a stone tablet, but just an opinion.

This first piece is by legendary kayaker Dave Manby, probably best known by non-kayakers as one of the paddlers in Leo Dickinson’s film ‘Everest by Canoe’, about the 1976 Dudh Kosi expedition. He has been doing risky stuff around the world ever since, including leading trips to Venezuela, Pakistan, British Columbia, Turkey Morocco, and Iran. He was also chair of the British Canoe Union’s Expedition’s committee. Dave messaged me following my posts on the ‘Oh shit!’ award, whose aim is to promote a more healthy culture of learning by our mistakes, giving a counter-narrative to safety and the utility of outdoor education.

I’m sure you’ll find it stimulating and thought-provoking and please share it on social media, as it’s the kind of topic that should be shared and talked about.

Many years ago (late 1960s) I was a school kid just getting involved in kayaking, hill walking and climbing through the Scouts and the Duke Of Edinburgh Award scheme. I remember reading Woodrow Wyatt’s - ‘the voice of reason’ - editorial column in the Daily Mirror when he was commenting on another of those “Group of Kids Get Lost on the Mountain” epics. (It took the Mountain Rescue services two days to find the group and when they did find them the group was fine; they had pitched camp and waited for the weather to improve before descending back down off the Glyders). Mr Wyatt was asking the question ‘Why were these 17-18 year olds up the mountain in the first place - surely they should be picking up more useful life skills like attracting a barmaid’s eye in a crowded pub’. A flippant example but the point was well made - I remember it all these years later, but all these years later the outdoor industry still has not managed answer the point to the media and general public. The media is still outraged when there is a tragedy on the mountains or drowning in the lakes or at sea. The media still wants to know why people are up a creek without a paddle or up the mountain in the rain.

Around the same time my brother was following me and starting his kayaking career. He capsized and swam down the River Dee in Llangollen. Separated from his boat he ended up on the island, as many have done before and since, just above the bridge. Whilst standing marooned on this damp bit of rock a parent of one of the other boys shouted down to him that he ‘would have to swim for it’ Unfortunately this was overheard by a passing journalist and after gathering a few further facts the story appeared in the Shrewsbury Chronicle under the headline ‘BOY AGED 14 SWIMS TO SAFETY’ The following day my mother, blissfully unaware of all this, was startled to be greeted by the butcher with the ‘Mrs Manby I am so glad to hear your son is all right!’ After reading the story she had to confess to having watched her sons do this or similar on many occasions. The butcher and other customers were amazed that our parents continued to allow us to partake in these foolhardy pursuits. And despite the intervening years the general public’s attitude has not changed.

The Outdoor industry has failed to justify its existence to the general public and failed to answer the media’s questioning.

For many years the outdoor industry’s answer has been ‘personal development’ or in days gone by ‘character building’. But this is in doubt now and all the anecdotal stories of how bad kids have been turned into good kids by going on a hike in the hills appear to be only anecdotal - the Lanarkshire survey by Edinburgh University shows that the kids with high self esteem keep their high self esteem and those with low self esteem show no real improvement. Management Training after flirting with the outdoors as a tool for teaching delegation, trust and other such qualities decided that there was no point in putting managers into an uncomfortable environment to challenge their preconceived notions when this can be done far better using other tools.

I am not arguing that taking people out into the outdoors is bad - many people love it. I am arguing that the reasoning behind the industry is faulty.

When Lyme Bay happened the outdoor industry was so far down the road of mutual back slapping and complacency that it had to abdicate all responsibility for regulating itself and subjugate itself to ‘Centre Accreditation’. The result was a rush for paper qualifications and the loss of many experienced and good but unqualified instructors. This abdication of responsibility extended to centre managers looking for paper qualifications over experience despite this NOT being a legal requirement. People I know who run outdoor centres would rather employ experience over qualification any day but, because of the implied or assumed legal liability, they feel they cannot afford to take this risk! These centre managers now have to live with questionable appointments; they know that accidents will happen in the hills and on the lakes and on the rocks but they have to be able to show that the correct pieces of paper are in place when the questions have to be answered after an accident. However a more experienced less qualified instructor might have had the intuition to have foreseen and prevented the accident. And then the outdoor industry has the gall to talk about risk management! But this rant of mine about the need for qualifications is a side issue; it has nothing to do with the more important matter - the demise of the moral soul of the spirit of adventure that the enjoyment of the outdoors requires.

It would seem that everything that the outdoor industry purports to instil in its customers: responsibility, trust, self esteem, decision making, and the like it has failed to learn itself.

The guy who runs Easy Jet said, referring to an accident on one of his father’s ships, ‘if you think safety is expensive you should try an accident’. The accident at Lyme Bay was expensive: we, the people who love the outdoors, paid for it with some of the soul of adventure; the adventure we all love and know to be the reason for going to the outdoors and doing what we do. We retreated into symposia and conferences, we told each other we were doing things right, we were tightening up on procedures, we were removing the anomalies in some of the more irritating directives inflicted on our industry, we were introducing ‘risk assessment forms’. What we were doing was watching our backs. Meanwhile in the pubs and bars we (both instructors and individuals) carried on recounting stories of epics had and close calls avoided and all the other reasons why going out in to the outdoors is enjoyable. Everyone who works in the industry knows why the outdoors is so enjoyable but sold out to the myth of risk-free adventure.

The industry must get away from pointing the finger of blame at other centres. It must stop looking at accidents and pointing out that what caused the accident would never happen here we must start looking at the reasons behind the causes of accidents and share the knowledge. Every centre will have had near misses but these are all not shared with the rest of the industry because of the ridicule that it will result in. A blame culture in an industry that has external risks is an unhealthy culture as it is counter to improving safety. The aircraft industry know this and have an open policy on accident reporting making flying very safe. The Outdoor Industry has a policy of denial of risk - “all our courses are safe” is not true they depend on risk and so a by definition are unsafe! The Industry needs to wake up and open up and share near misses and close calls.