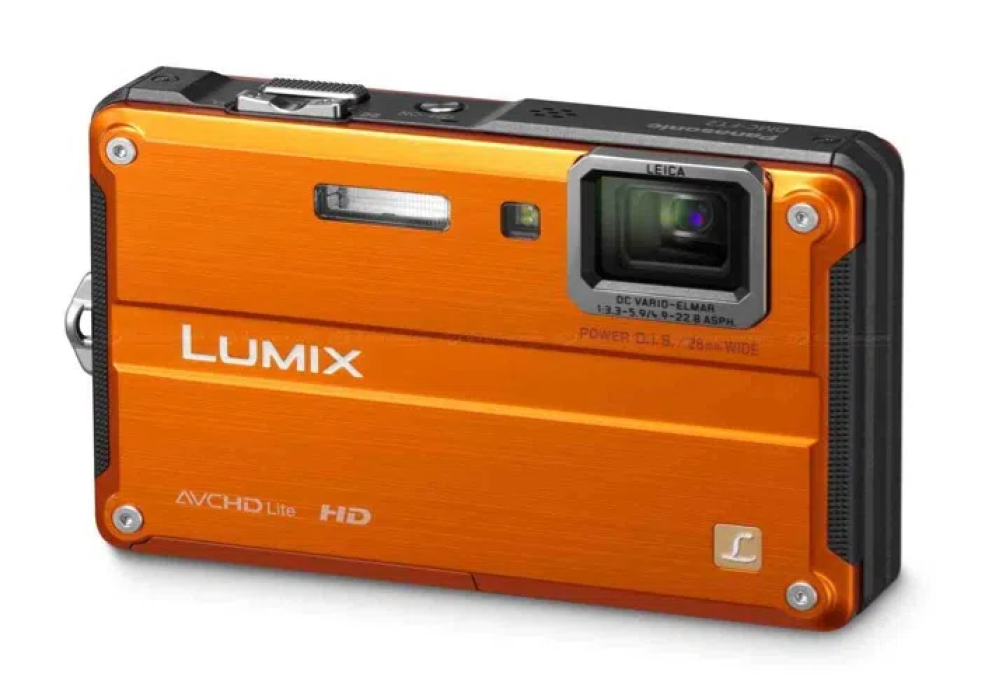 I’ve been using a Canon PowerShot G10 (now the G12) for a few years, and although it’s a great camera, its size, somewhere between a small SLR and a large compact, means it has to go in a medium-sized Lowepro pouch. Using a pouch to hold a camera is always a pain, and being able to slip a camera into a chest pocket is a much better way to carry a climbing camera, attaching it with a short lanyard to the zipper or a DIY tab so it can’t be dropped.

One problem is that condensation can form on the camera from body sweat (environmental condensation comes from cold to hot), so ideally you need a waterproof camera, otherwise, the electronics will suffer.  I’d used a little Olympus STYLUS-550WP waterproof camera in the past and although waterproof the images were so poor that it wasn’t even worth getting it most of the time (all cameras have a good and bad shot ratio, but this one was about 1/9), so I hadn’t had a great experience with such cameras (I actually found that it may be waterproof but didn’t float, when I dropped it into the sea!).

Also, a camera in your pocket is likely to get knocked, so it also needs to be robust (always vital in a climbing camera), ideally with a metal body.

Features I look for in a camera are as follows:

Wide-angle lens: this is vital for a climbing camera, as you both need it to capture landscapes as well as all the action. A wide-angle lens also reduces camera shake.

Macro lens: taking close-ups in order to get small details of a climb is vital to me, and having the ability to shoot say a battered fingernail or broken cable on a cam is far more important than a landscape.

Flash on and off and forced:  flash control is vital for mountain and winter climbing, as often you will have to trick the camera (there can be a lot of light in the mountains leading to underexposure), firing the flash to get a good shot. Turning it off can also allow you to get subtle hues in landscape shots, and slow synch (red-eye) can produce some nice action images with blur.

Movie: the ability to easily capture movies on a camera has been one of the biggest leaps in function in cameras for a long time, and can really add a lot to your document of the day.

Viewfinder: switching off the screen for both composition and preview saves a lot of battery power. Unfortunately, this feature seems to have disappeared from most compacts.

And so when I spotted the Panasonic DMC-FT2 it looked like the type of camera I was looking for, being small (99.3 x 63.1 x 24.3 mm), robust (metal body) and waterproof.  Images are 14 meg plus it can capture HD movies.  It didn’t have a viewfinder but did have macro and full flash control. The price was £300.

The number of cameras in the Market is bewildering, but now we’ve reach 14meg it seems to have settled down a little, as increased image size is not making last years model redundant. I bought the Panasonic and used it both climbing and sea kayaking and was really impressed with it and the quality of the images, having a good to bad factor more like 8/2.  The buttons were easy to handle, and slipped into my chest pocket it was small enough to remain unnoticed. Being waterproof it’s a great storm camera and perfect for tough conditions, whipped out on a belay or on the approach when the snow is flying with no fear of it being choked with ice. Toughness wise the camera even comes with a rubber body cover (like a mobile phone cover) that’s great for anyone who users a pouch, but makes it a little too bulky for a pocket (plus it tends to resist being slipped into a pocket more due to the stickiness of the rubber).

Downsides are having it in a pocket is that it can be switched on by accident (it will power down by itself), and the function dial can be knocked. To overcome this I taped the dial (standard, sport, landscape etc) in its standard mode, as I don’t use any of the set modes anyway. I’ve also taped a small plastic tab over the of the button to stop it from switching on by accident.

The shots I’ve had from the camera have been very good indeed, and more importantly, because of its size, weight and weatherproofing, I’ve taken a lot more than with my G10.

As a side note, I tied a short clip-in loop into the camera with 2 mm cord, and use this to clip into the lanyard that’s tied into the pocket zipper via a small accessory wire gate. This way the camera can be unclipped for self-timed shots (the FT2 has a 2 sec and 10-sec timer) or charging easily.

The FT2 is still far from a perfect climbing camera, and I’m sure that there is already a host of cameras that have superseded the Panasonic, in fact, Panasonic already have with the DMC-FT3 (has GPS and a barometer!), but it’s close.

You can see a selection of shots from Norway taken with the camera here.

The new Nikon AW100 also seems to be built along the same lines.