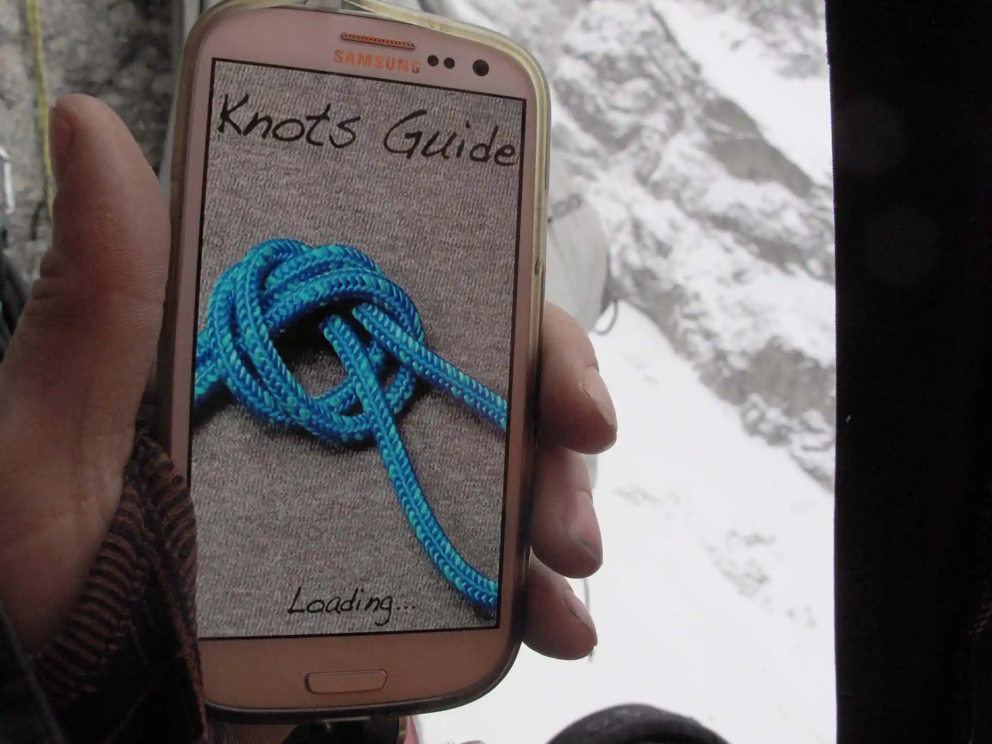 While writing Higher Education again and again I come up with problems that in the past had needed solving, then written out what I did to solve them.  One example was how to lower out a super heavy set of haul bags mid-pitch with the rope running through the hauler.  With bags that weigh about the same as you, and you’re hauling with a grigri, you just release the cam on the hauler and start lowering the rope through the Grigri.  But sometimes the bags can weigh a great deal more than you, and if you try to just lower them you’ll get sucked into the hauler (80kg climber vs 160kg bags).  In the book, I describe two methods, one while hauling off a 3:1 and the other taking the load on an inverted jumar attached via a quick release/lowering cord, both resulting in the bags ending up hanging from a super munter.  While writing this I had that worry that there might be a better way, and so did some searching through technical websites: industrial rope access, aborist sites and rescue.  And sure enough, there were some other ideas that could work, that you could include to flesh out the text, maybe make me look cleverer than I really am, but what would be the point.

Very often there is a show-off element in all of us that wants to demonstrate our mastery, to show while at the base of crags, or in pubs or climbing gyms, some fancy knot or crazy complex trick that has the audience convinced of our skill as a climber.  But I would say that we don’t need tricks as climbers, the show-off stuff, and instead, need to be masters of what we already know (that way we can break the rules).  This does not mean we ignore anything new, rather that we need to be able to sort through the chaff in order to signal out the few tricks that are more than that (such as the locking munter, Stone Hitch or Monster Munter).  The reason for this is that what we know we know, we can tie a figure of eight or munter hitch with our eyes closed, an autoblock prusik or European Death knot in a snow storm.

But how about that Macramé knot someone once showed you one day after climbing, or a slippery hitch you saw on Youtube or Farrimond prusik in a book?  Could they be better suited to this sudden problem you need to solve, maybe a leader hanging in space with blood coming out their ears, lightning crashing, nighttime imminent?  Maybe, but can you remember them just like that, is that groove there in your head, or will you fuck it up and make things worse - like much worse?

Macrame knot WARNING by Richard Delaney (check out ropelab.com.au
When dealing with heavyweights and ropes and drops and dying and worse you really can’t afford to be dabbling in ‘I think that’s right?’ or ‘can you look this up on Youtube on your phone?’.  No, when problems arise, namely self-rescue, you need to stick what you know, systems and knots you know and understand, have practised until they’re second nature, that you will do what they always did, saving the other stuff for party tricks.