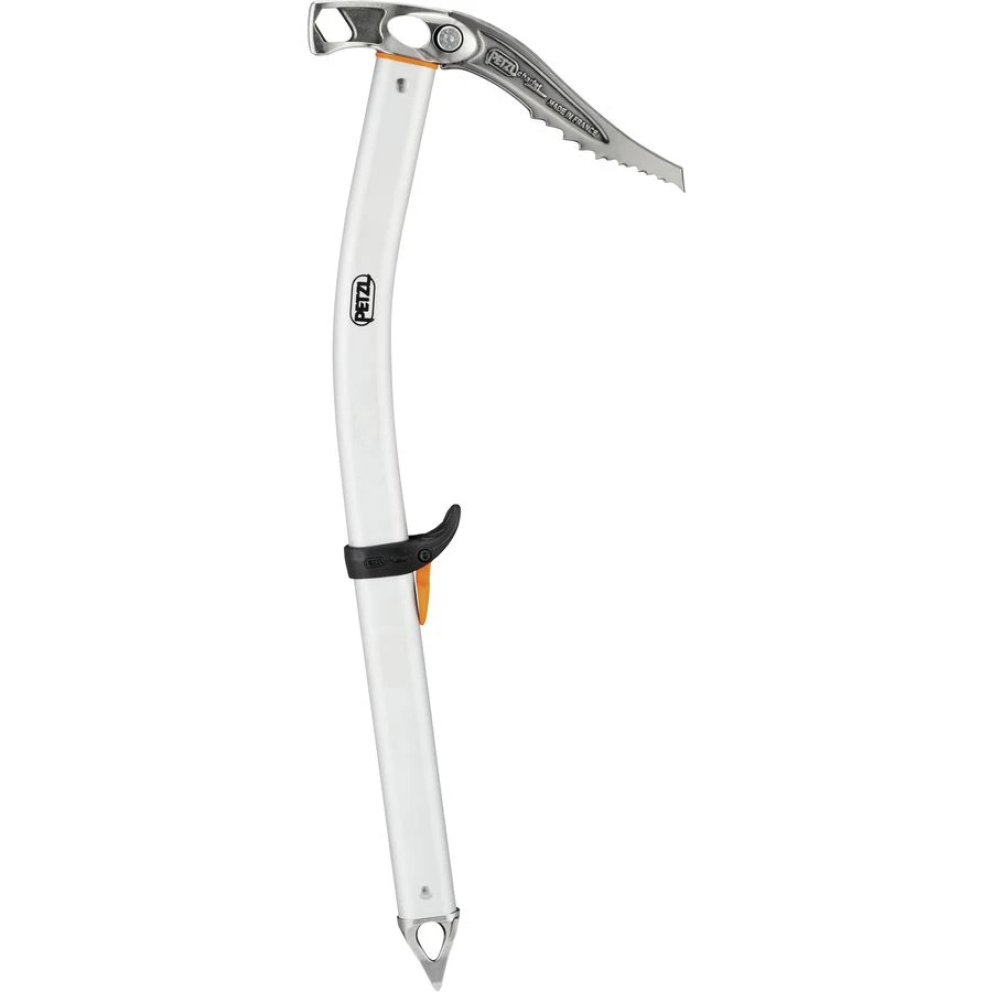 I must admit that I’ve never been a real fan of the Petzl AZTAR, finding them a bit old fashioned, which means you can’t use them leashless, a major drawback for any tool.  Instead, I was a big-time Quark user, finding that although they look top end, they worked well on all types of climbing (plus they were leashless).  But then, over the last few years, I’ve started using my Nomics more and more, even though they have the major drawback of having no adze (missed for jamming in cracks, and digging ledges) or hammer.  Its like having that old pair of Boreal aces that you know are perfect for most climbs, but even so, you just can’t step down once you’ve had on that pair of super rad rock shoes designed for 9a climbers (even though you only climb E1).

And so the Nomics have become my tool of choice, and each time I go climbing (the Northern Corries are only 40 min away), I look at my quarks hanging in the rafters of my shed and know I should use them instead, I don’t.  Basically, Nomics are just plain cheating.

But then I needed a lightweight axe for a trip, and having heard great things about the AZTAREX from some Canadian friends, I blagged a pair.

First impressions were that they were truly lightweight, as in Steve House weight, the type of tool you’d happily swing at 8000 metres on that onsite winter alpine ascent of Everests SW face.  But then when you looked at them, there really wasn’t anything there; just an alloy shaft with a pick bolted to a steel head (the AZTAREX is a stripped-down AZTAR BTW).  But the one thing those designers at Petzl added rather than took away was a tiny plastic pinky rest, making this a tool that I could work with.

But th climb never came off, and so the tools ended up sat in my shed next to my Quarks.  Unused.

Then last week I came over all lightweight, having a project that required the utmost speed to complete.  I won’t go into what it is, but on the first attempt I was slowed down by having cracks full of ice, and nothing to hammer in any gear (or pegs with which to hammer-on), plus I seemed to have far too much stuff.  I needed a gear detox.  Out went my single rope, swapped for a single half rope.  Out went my cams, after all, they didn’t work anyway when the cracks were so icy.  and out went my Nomics, replaced by the AZTAREX saving me 270 grams straight off.

The question was would they actually work?

I’d used lightweight axes in the past, and very often you knew why they weighed less than a normal axe, as they failed to climb like one, a bit like lightweight alloy crampons.

Well the AZTAREX is a joy to use, with that extra 125 grams of umph in each arm rally being noticeable, not to mention on your pack.  The finger rest is small but works perfectly without leashes.  I’d drilled holes in the spikes of the axes, through which I’d tied cord so I could clip them in via my lanyards, plus I’d wrapped grip tape (mastic) around the shafts, which greatly aids control and grip.  Best of all was having an axe with a hammer again, and an adze.

The tools come with Blueice picks (B), which although skinny, seem to be solid enough, and the tools themselves have a surprising punch for something so lightweight and work well in both ice, neve and on rock.

I wouldn’t go as far as saying that these tools will do everything, and for cascade climbing and hard mixed then a Quark or Nomic style tool is far better, but for easy to moderate alpine/winter mountaineering (grade I to IV) I think they’re probably one of the best tools I’ve used.

A pared-down version of the AZTAR, the AZTAREX excels in situations where every gram counts but there’s no room for sacrifices. Perfect for technical, fast-and-light mountaineering. The hand rest provides extra support and allows the tool to be used leashless. When not needed, it can be removed and stored in the shaft so as not to interfere when plunging the tool in snow. The included BLUE ICE pick is designed for hard ice and hooking. Available in adze and hammer versions.