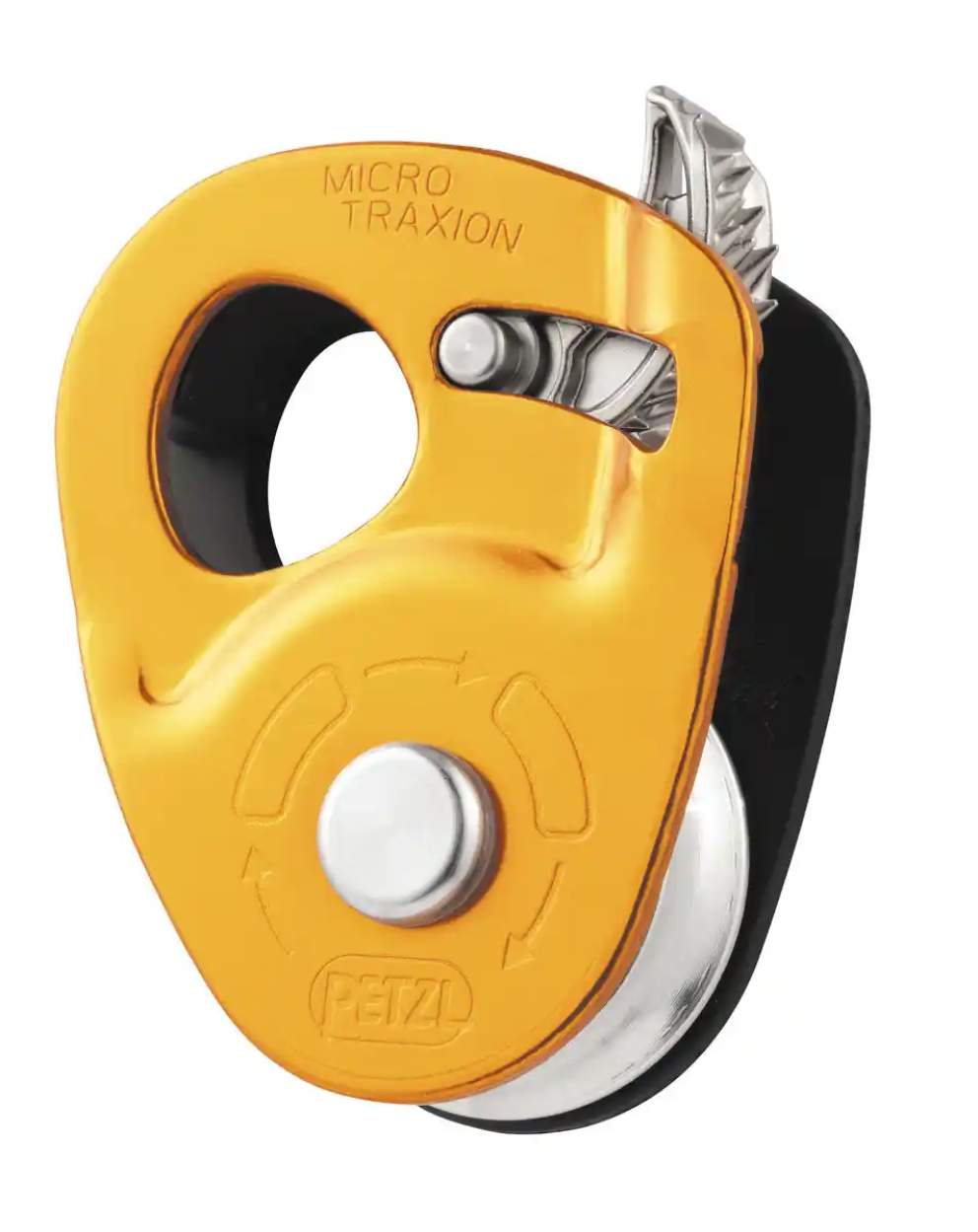 I’m currently writing the hauling section of my nerdy tech book Me, Myself and I (big wall solo manual),  and so have been thinking a lot about hauling pulleys, systems etc.  One thing that I’ve realised is that I’ve damaged (bent, twisted, knacked the bearings) most of the heavy-duty pulleys I’ve used on walls (Rock Exotica Wall Hauler, Petzl Mini and Pro Traxion).  In all cases I think this was due to a mixture of overloading the pulleys and using them in a manner they were not designed or tested for (hauling in a bag that is being lowered out at 45 degrees to the pulley for example).  The worst example of this was the alloy arm that held the locking part of my Wall Hauler bending under a 200kg load, and me having to hammer it back into shape while hauling (it was only later I noticed the max safe working load was 50kg).

This week I received the latest locking pulley from Petzl in the shape of the redesigned Pro Traxion - which with an improved locking mechanism (no one can ever work out how to open the mark 1) and better frame design it looks like a big improvement on the old one (saying that, I and Kjasti Eide hauled 6 full in one seven rope lift on Ulvertanna, so it was obviously pretty strong!).

Anyway, all this writing/thinking about pulleys had me realise what an awesome little pulley the newish Petzl Micro Traxion, is and that perhaps it even warrants serious consideration on the harness of all alpine/adventure/wall climbers.  I’ve never been a big fan of the old Mini Traxion pulley from Petzl, as I always found it inferior to the older Petzl/Rock Exotica Wall Hauler due to a smaller pulley, plus it was also pretty heavy, bulky and not something one would carry without thinking about it first.  The design of the pulley was also not great, as unlike the Pro Traxion you needed to unclip it from a biner to feed in the rope, plus it only worked on an oval or pear-shaped biner (on a D shaped biner the bearings would grind).  Opening the pulley could also be a little stiff when using gloves (we dropped ours on the Lafaille route when fiddling with it with mitts on - only to fall back on Lafailles Traxion pulley we had found only one pitch before), and some instruction was needed to show your partners how it was possible to open it (Aldo Kane once fed the rope into as, not realising it simply opened by pulling both parts apart).

Luckily the Mini Traxion can now be retired, as Petzl have brought out the much lighter (85g), compact (super compact) and more efficient Micro Traxion (sealed ball bearings give it 91 % efficiency, making it even better than the Mini).  As the mini version, this pulley features a locking cam (designed to work better on icy ropes), but it feels much easier to lock out of the way than one the Mini Traxion (something that needed practice).  The thing about the design is that it is now so light, and small (the same size/weight of a screwgate) that it can now be carried without having to question its use, replacing one of your mini ascenders (it’s only 46 grams heavier than a Tibloc), but providing far more adaptability to multiple climbing scenarios (you can use it as a rope ascender when matched with a Tibloc, rescue pulley, sack hauling or emergency belaying).

As for drawbacks, some may quibble at the price of £60, and you need to match it up with a locking oval (you can use it with a D shaped biner, but to do this you’ll need to use a sling, or prusik loop instead of a biner, so it is orientated correctly), but apart from that, I think this is a piece of kit anyone tackling committing routes should seriously consider carrying.