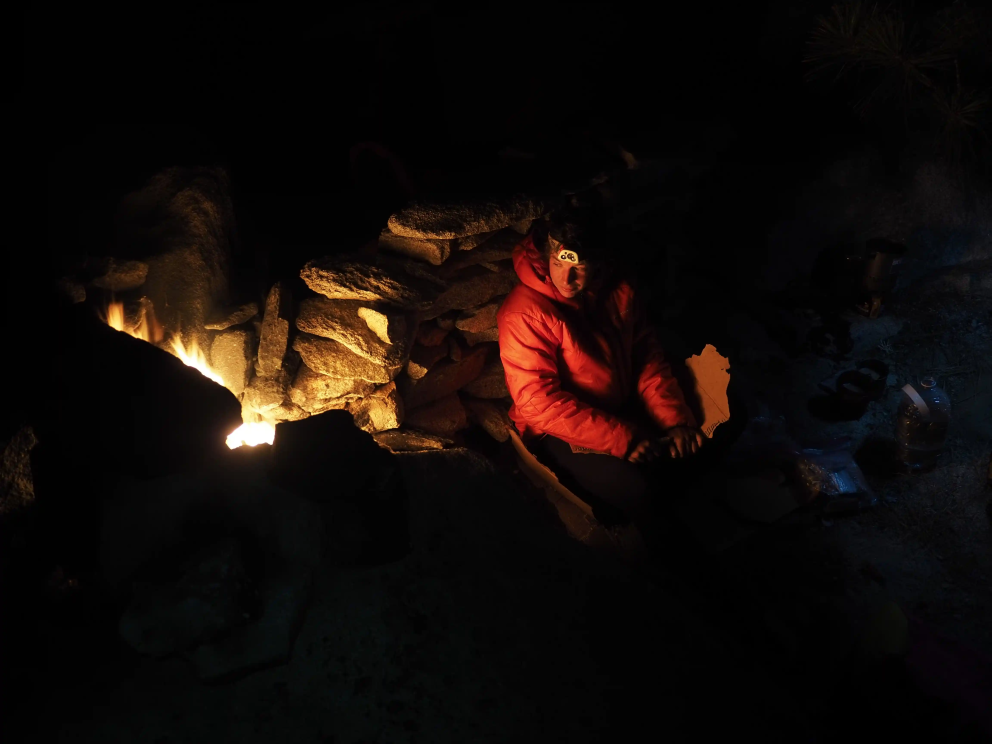 In the last two years I’ve slept under that stars more often than I’ve slept under a solid roof, in places that ranged from the Namib desert to the Alpine winter North Faces, from the summit of Mount Kenya to the walls of El Capitan (53 nights in less than two years!), plus hundreds of nights in dosses legal and less-legal, five and zero-star campsites, hire cars and beaches.  The temperatures have ranged from roasting to way below freezing, where your bag is frozen solid after only a night, and both wet and dry, sea level to the mountain top. Throughout these trips I’ve used a variety of sleeping bags, both down and synthetic, sometimes both, all having been to the laundrette or dry cleaners at last once, sometimes twice. My Mountain Hardware synthetic bag went into the bin after being destroyed in a tumble dryer, Vanessa managing to get the material trapped in the door when she closed it (it looked like a candy-floss machine when we opened the door), and all the bags have had a hard time of it.

I’ve always been a fan of layering bags, finding it a good way to stay comfortable as well as improving the bag’s survivability (and mine). The most common method I’ve used is a medium weight (1.5kg) synthetic bag with a light (300g) inside, but I’ve also used double synthetic bags (Wiggy’s FTRSS overbag) and synthetic and pile bags (Buffalo Lightweight Outer bag) to great effect. I recently bumped into Polish big wall hard man Marek Raganowicz and he agreed on the importance of a double bag system for extended bivvying, especially in really hostile environments (sleeping in a portaledge on a winter wall is just such a place). He said how one of his partners had ignored this well-tried and tested set up and instead brought along an all singing and all dancing shelled and waterproofed down bag, that within a night or two was dead (for a night or two down rules, or if you’re in a tent, but not for hostile camping).

And so I guess I always treat my bivy system as a system, see it as I do my clothing, picking the right layers for the job, from lightweight layers to robust warmth, shells that keep out the sand and the insects to layers that keep out the snow and the wind (I’d include mats in this, sometimes going go three layers of mat rather than one, from 3mm underlay, Z-rest, to down pr foam mat).

And so as you can guess I’ve got a lot of sleeping bags, lightweight to heavyweight, some off the shelf, some custom made, several homemade (I’m a big fan of quilts).

But one bag that’s stood out over the last two years has been the tiny K Filler sleeping bag, a minute down liner bag that packs down to the size of a grapefruit and weighs only 240 grams (that’s lighter than a packet of Hobnobs). It’s filled with 1000 fill down which allows it to function down 15°C (59°F) (of course this is always a ballpark figure as insulation thickness is only ever part of what keeps you warm at night). The bag itself is designed to either be used alone as a super-light bivy layer, probably inside a bivvy bag or as a booster layer inside another bag, boosting the bags warmth by around 10°C. The bag itself is very simple, with just a sewn-through construction and a simple wide drawcord opening at the top, coming in a stuff sacks that’s easy to stuff (you can get the bag much smaller when pack size is limited).

I’ve used the bag a lot, both as a bag in its own right, both as a stand-alone bag but also as a ‘sheet’ style bag in hostels and grotty hotel beds (good for keeping the bed bugs out), as well as a liner bag in both down and synthetic bags. One way the K bag works so well is that it both insulates as well as reduces convection inside the bag, filling in the dead air space. Sleeping in the desert can often see you feeling very hot when the sun goes down but shivering at 3 am. And so I would often go to sleep with the bag around my knees and slowly pull it up as the night went on.

For those who really want to cut things the bone, who are going fast and light, then the K bag could work for single nights out with all your clothes on, feet in your rucksack bivvys, but is probably best used in this way for routes where you’re 90% sure you’ll make it unless it’s super mild.

PHD bags are not mass-produced in Vietnam, but made by hand in the UK from the highest quality down you can buy, and so aren’t cheap, the K bag coming in at £288 (partly the price also reflects the price of down skyrocketing over the last five years). If you feel that’s too high a price for a liner but you like the concept, but want to extend its flexibility, then maybe think about buying up. For example, a bag like the Minim (330g / £333 / 8°C) is a real stand-alone bag, designed for mountain marathons, but also something you can push both as a bag for bivvying in summer or as a liner bag for winter or expeditions.

Yes, such kit is expensive, but a good way to work out the value of a sleeping bag, or any high-end kit, is to work backwards from the last bag you had, dividing the initial cost over how many nights you spent in it. A good down bag can easily last ten or twenty years if you look after it and so most often you’ll find that, that pricy bag worked out at costing pence per night, like the cheapest (and best) Airbnb you’ll ever pay for.