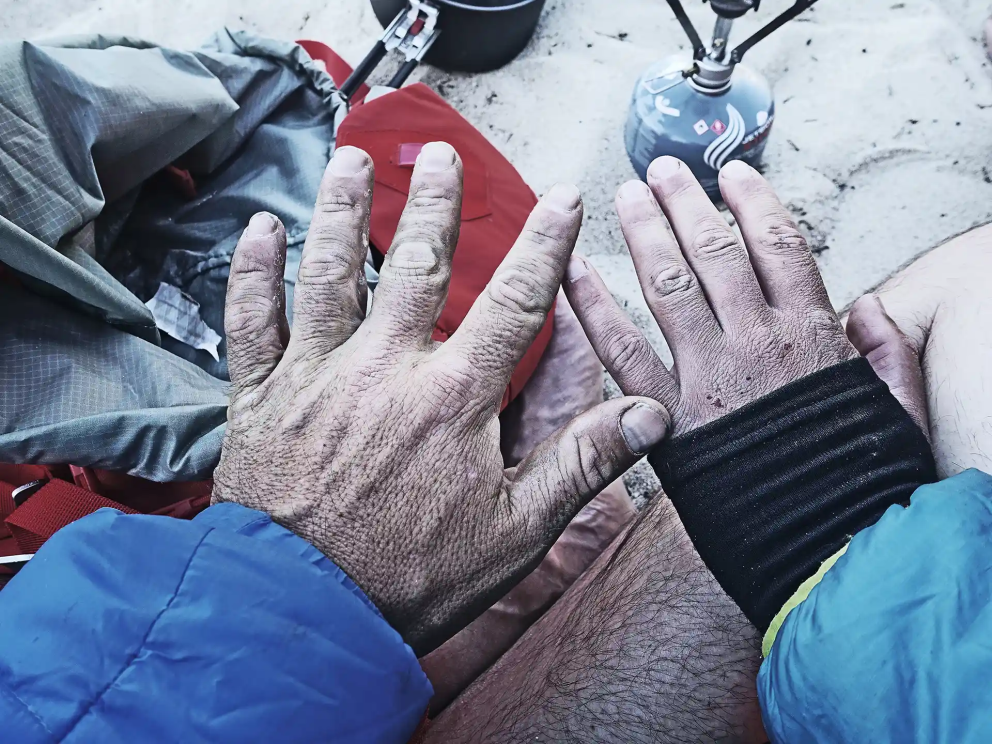 Been a while since I wrote a blog post on here, mainly due to working on a piece of writing about a recent US trip on-off for about a month, only things keep getting in the way of finishing it,  and today is no different (I’m meant to be drawing pics for upcoming print edition of 1000+ Climbing tips book by Vertebrate - but just had a quick break), but I feel I need to write something so here it is.  Not sure what it’s about - just a load of words.

Had a Facebook message the other day from a friend who’s been asked to give a TED talk in the US asking for some advice.  Now this woman is what I would call a superwoman, which has nothing to do with her climbing (which is world-class), but more to do with the balance she achieves in her life.

So I’ve been asked to do a talk at the TED event this fall. I’ve just been cruxing on what to focus on. I know I want to mix something of my life and climbing but seeing as how I’m not as entertaining as you when talking about myself…how can I talk about myself like I’m some authority worth listening to without coming off like a self-important ass especially since I’m not an authority worth listening too? or is it even possible to give one of these talks without sounding like you’re completely full of your self when you’re not super wise and intellectual and are just kinda scraping by day in and day out but people haven’t caught on (yet)??

I get quite a few emails like this, and never quite sure how best to respond, and sometimes when people have to ask, they won’t be able to grasp the answer anyway,  but she could, and so replied as I bumped home over a taxi from Manchester airport:

Wow - I’m honoured you’d ask me!  First off there are a few blogs on my site about the subject of talks (will see if I can get some links).

2. Give people more ideas than answers, and if you give them an answer at the end (what was my point) make it a question disguised as an answer.

3. Did you read Arlie Anderson’s piece in Rock and Ice (issue with Sea of Dreams). This is a written example of what would be a great talk. It’s honest, revealing, funny and sad - and it’s on the level - like a friend telling you a story. It is not like a lot of US writing/videos full of mock honesty and Buddhist/yoga bullshit : )

4. Try not to be too ambitious in your story as the story of your life is ambitious enough, and what would scare people about being on the Nose at midnight is nothing compared to being in an armed convoy in Libya!!!!

5. If I was in the audience I’d like to know about you - not climbing - why and how and who. Make me laugh and think and if possible make me cry.

After sending this off I thought more about how you construct a story, spoken or written down - something I seem to have made my trade (maybe I should just say “I tell stories” next time I’m asked about my job by US customs”.

This week I stuck up my old When Hell Freezes Over show on Youtube for free, a video I’d never actually watched before (I was there I guess).  It was funny watching it, as it was a long time ago and I just found myself being hypercritical of myself, what I said and how I said it (plus what I was wearing, a huge curry stain on my t-shirt).  It was still funny, but I felt it was funny in spite of myself, and I was still to grasp the craft of speaking I think I had two tours later (Inappropriate Climbing in 2014).  I remember someone saying I failed to hold the stage, and I can see that here, in that I’m just a bloke standing on stage (I’m still unsure about stagecraft, but I think I get it better).  I think now I understand a bit better about speaking a bit - only a bit - more slowly, and cutting away all the fat from the words, but each and every time you talk is a process of refinement.

I’m touring again this winter with a new show called Cold Mountain, that picks up were Inappropriate finished, as I head off to Antarctica, detailing both that trip (climbing a new route on Ulvertanna), as well as looking back to my first stabs at the business of alpine climbing - the Frendo Spur in Winter epic, as well as the fundamental question of what is so appealing about cold mountains.  As with most shows and talks the ideas are still being formed about how to go about it, to weave all these stories in a way that is interesting to climbers and non-climbers, and be both funny and still have some weight.  I still find the Antarctica trip hard to talk about as it was incredibly tough both emotionally as well as physically, and I learnt a lot about myself on that trip (and continue to do as I still unpack what went on) - and was life-changing in many ways (nearly two years later I’m only now beginning to feel the ground under my feet).  When I gave the Antarctica talk in Keswick this year in the end I almost started crying!

As with all talks you need to nail the tech stuff, like making sure your images are strong and mix in video and music and stuff (one day I’ll do a tour with just me talking with no images), but fundamentally its an exercise in storytelling and I need to take my own advice.  A story should be an adventure, with lots of unexpected twists and turns, a mix of questions and answers, never obvious - breadcrumbs - your task as the storyteller to take several hundred people with you to find some shared point of understanding.