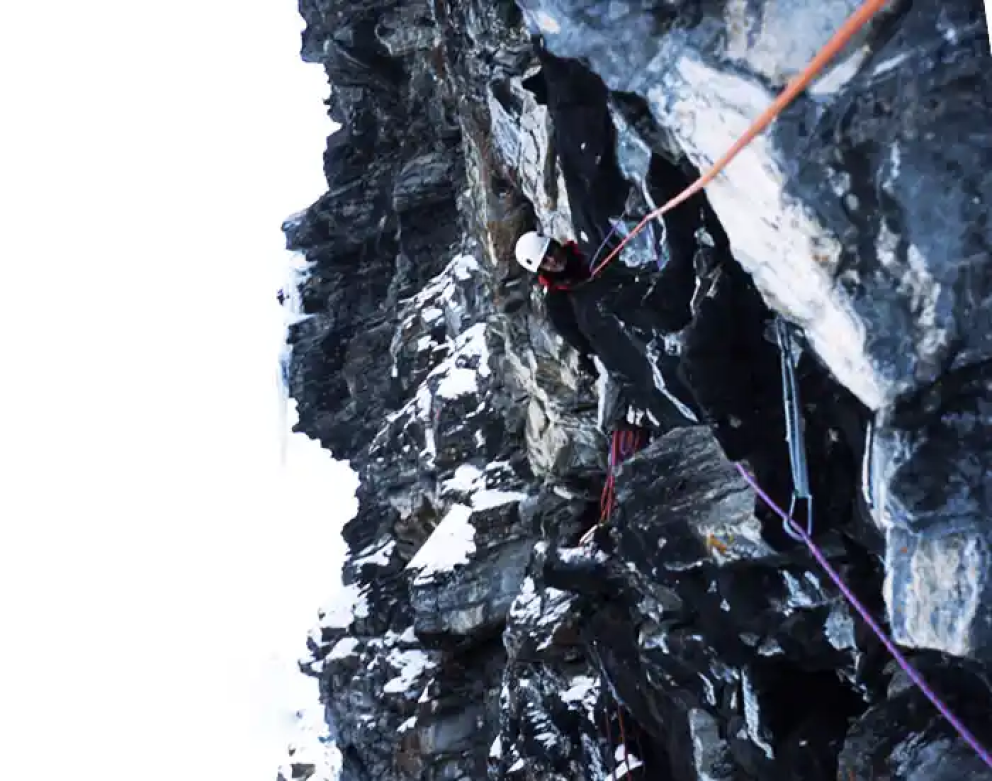 It’s that time of year again were you’re glued to the climbing forecasts, digesting winter battle reports from UKC users, and juggling work and families for that amazing winter weekend you’ve been dreaming of since the last one.

Most climbers will want to push their grade this winter, going for a classic that’s a bit harder then the classic last year, a test piece, or even a new line.  I thought maybe I could give a few ideas how to do that (I am mr top tip after all).

With all the banter on UKC about how hard VIII’s are, it’s easy to loose sight that all winter climbs are hard, be it a grade I gully or a overhanging death match; they’re all dangerous, they’re all serious, and no one climbs any of them whistling with their hands in their pockets.  Almost all UK winter climbs are the real deal, onsight, ground up, probably in less than ideal conditions and in poor weather. And this is how we like it.  We may be crap compared to the euro and certain expats, be I doubt we’d swap.

To be honest, I’ve done hundreds of ice routes and cascades in France, Norway, the US and Italy and after a while they get a bit dull.  Nice clear weather, perfect ice, steep and pumpy, screws where you want them, bolts were you need them, and never very far too walk or ski too.  But after a while…. it gets a bit dull, every movement a bit like the last, every move to come a bit like the one you’re doing; it’s like skiing on piste; fun when you’ve not done it for a while, but soon the attraction fades.

Anyway, I digress.  Every day this week I’ll post a tip (a proper one meaty one - not “sharpen your ice axe”, but the type of tip that would give me a hard on as a young climber.

How many times have you set your pick into a lump of turf, a patch of ice or onto a flat hold but been to scared to move up on it?  Probably quite a few??  Also how many times have you moved up on some crappy placement, only for your feet to cut loose and leave to locked off - and not falling - from said placements?  Probably also quite a few times??

Free climbing with hands and fingers allows you to judge in a split second if you can hold on, your finger tips sending back an OK instantly as they touch that crimp.

Lets consider what happens when we no longer have that relationship between what we want to grasp and the brain.  In aid climbing and winter climbing this link is broken by a necessary barrier (and axe, a peg, a sky hook), because what we want to grip is ungrippable (ice, snow or holds to small to hang).  In this situation we can only go by our understanding of our psychical world, the laws of psychics and a big dose of trust and experience.

A non climbing would trust an ice axe pick hooked onto a climbing frame, because they know that if they pull, the pick won’t be able to unhook itself.  But if you asked them to climb a tree they would be less confident, because although they understand that a tree is soft anough to take a pick, they are unsure how far they pick would have to go in to hold them.  An ice climber on the other hand builds up this knowledge, slowly at first; over driving picks into ice or turf, and slowly defining in their head how much depth is needed to hold.

This is a combination of knowing how a pick works, and an understanding of the medium on which your climbing.  The same goes for mixed climbing; and axe tourqued at 45 degrees will hold, were as an axe tourqued at 15 degrees won’t.

Slowly we learn what is possible.

What I’m trying to say is that we don’t learn what we can crimp with our fingers - we just know - but we don’t know what we can climb using artificial means beyond the obvious, and instead need to build this up over time.

So this is where my tip comes in.  What if you don’t know?  What if you’re pushing your limit, say your on the Ben and you’ve got to climb ice only 2 inches thick and you’ve only climbed neve 3 feet thick; or you’re on a ledge and have to pull up on a flat hold and you’ve only hooked big stonking flakes before?

In aid climbing when you don’t know what a piece of gear is capable of doing, and the outcome of it coming out would’t be great, you bounce test it; clipping in a sling and applying full body weight.  This not only tells you that the gear is up to it, it also tells your brain to relax and do the move.

In winter climbing this same approach can work really well when you’re unsure, or have doubt in the placement.

Unlike an aid climbers who has two daisy chains to do this, you instead use your arms.

To do this place your tool, and if you want to know if it’s good give it some good hard tugs.

This actually takes some practice, as you need to do it in such a way that if it does rip out - you won’t fall off!

Also go at it in the right frame of mind; think “I WANT TO RIP THIS PICK OUT!” rather than “please don’t rip out”.

This technique is a great one for pushing your limit, but don’t overuse it, as you’ll climb much too slow, and your arms will get very, very tired!