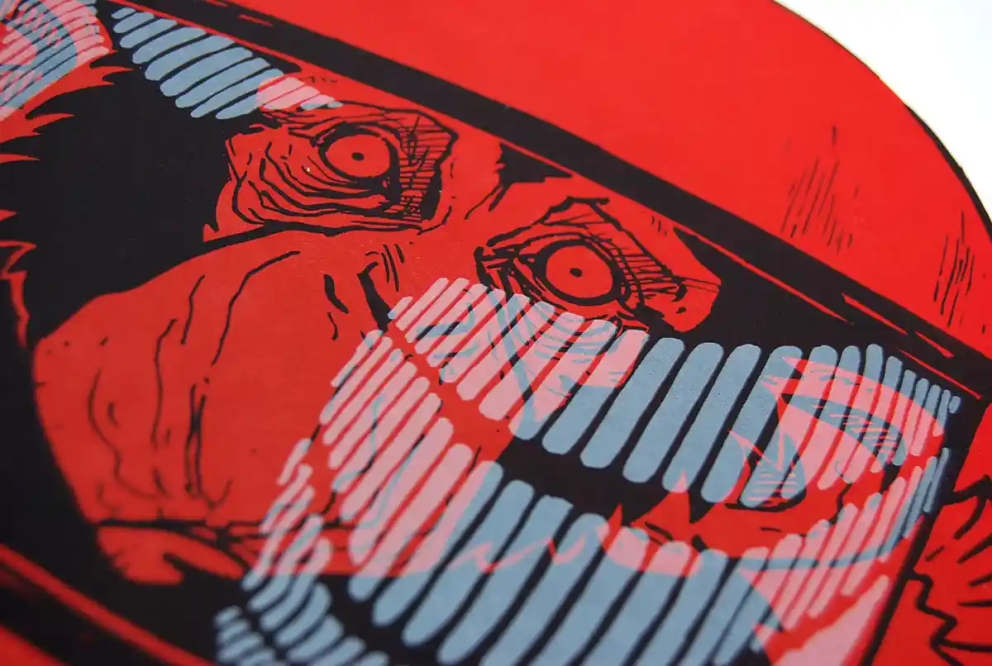 Putting out the Bins

The bin men come on Wednesday.  We have two bins: yellow and red: recycled and un-recycled.  This being Ireland I expect they go in the same hole in the ground - but it’s the thought isn’t it - and so are taken alternately, a week apart, so as not to arise suspicion by those hassled by all that sorting and washing of tins and plastic.

I’ve never been good at bin days, well not in the past, my bins never forming up in a wiggly parade with my neighbour’s, me away too much for such suburban marshalling.  I wonder what they imagined I did back then, my neighbours, leaving with bags bigger than me, coming home sunburnt after months away, often half the man I was, a dilettante in between: drug runner, mercenary, assassin?  Anyway my bins were never wheeled back into place when empty, my routines never workaday enough to remember to put them out in the first place.  Most people I know have lives that are ordered, plastic and metal, sorted, but not me.  If you consider your life one of bin schedules met you maybe feel a little jealous, well don’t.  Such things have always terrified me, the simple things, the ordinary, the mundane, bins more scary than falling boulders.

The other day someone mentioned going to K2 in winter.  I thought about it, the risk of not coming back, that the risk would be worth it.  I have no fear at all about going, only the fear of nothing coming back.  I thought about the toll on Vanessa and Ella and Ewen, imagined if it was them going not me, thought about the agony of waiting.  If it was them it would be like living with cancer, the only peace of mind you’d have the moments of forgetting in between the dread and worry.  To go to K2 in winter, well your chances would be better if you signed up to fight ISIS.

But when you have a heart that yearns for war it’s that urge to fight that’s often the hardest to defeat.

To know yourself is worthless unless you can apply that knowledge, to gain control.  Knowing is the easy part after all non of us are are complex as we think, just brain plumbing.  To be complicit to your life fuckery is far worse than simple ignorance, to not take responsibility for what you are a lost opportunity, the only excuse being the insurmountable nature of your nature.  I often spell ‘quite’ instead of ‘quiet’, it’s a simple thing that took forty four years to work out.  I could just tell people ‘I always spell quiet (but never quite) wrong.  Instead I spell it right now (mostly).  Your thoughts can be just as easily corrected.

Most dangerous thoughts, the ones that need to be controlled: bound and harnessed, the ones that do you the most harm, come from your reptilian brain, the primitive ancient core of your thinking. Steve Peters calls it the Chimp brain, the base code that tells your heart to pump, legs to twitch, eyes to focus.  The reptilian brain is also where anger and aggression lies, fight or flight, the need to dominate, were animal terror springs, that need to survive, to eat and fuck and pass on your DNA, to consume the world or burn it down.  Most of what you see around you, the good and the bad, springs from reptilian brains, the negatives easy to see: greed, war, rape, oppression and violent dominance over others.  The positives comes from the exact same place, the drivers no different, only filtered through higher thinking: the neocortex and the limbic, higher thought applied like reins on an animal instinct that wishes to run wild.  It’s easy to imagine only the stupid or ignorant of being governed by such forces, dancing to a reptilian beat, but high culture, commerce, politics and art are no really no different, all at their heart about domination, greed and shagging (the better you are the greater your access to the best gene pool).

I think about my reptilian brain a lot, the devil inside me.  I listen for it, dig down into my dreams and desires and wishes and search for its whispering, the wellhead of most ambition.

The other day, while climbing, a dark mood came over me, one I couldn’t shake.  I was climbing in Glendalough with Vanessa, a beautiful mountain crag, the sun shining, the crag scattered with new friends on either side.  I think it was triggered by a couple of small things, but really sprang on me from nowhere while struggling up a typical Irish sandbag, routes here only ‘the grade’ if you’ve climbed them several times.  This mood stuck with me for half the day, like a nausea, rising and falling.  They say sea sickness is ‘the only sickness you can’t die of but wish you could’, and feeling like this is the same, like some evil spirit has slipped in through you ear.  I live in fear of getting depression, that it can come out of the blue for no reason, that it will appear at my door and burn my life down.  I don’t believe depression is about a ‘chemical imbalance’, but is purely a symptom of your environment, that shit contaminates your mood.  But when I feel like this it scares me, that maybe I’m wrong, like one of those fools who thinks being positive stops you getting cancer or not wearing glasses improves your bad eye sight.  When I feel like this I end up searching for a reason to feel this way, which is really the worse thing you can do, as all you end up doing is finding all the reasons to feel worse.  The prime imagined cause for my symptoms is always ‘maybe I need to go away and do something fucking desperate and hard’, that cragging with a woman I love in a beautiful place, in the sun, is not enough.  Being happ is getting me down.

Walking back at the end of the day Vanessa tells me that I’m the most positive and upbeat person she’s ever know, and I reply “Maybe this is what it feels like to be normal then”, imagining that maybe being so positive I miss out on how it feels to feel what ‘normal’ people feel, not that I am, only that I do seem to lack some normal feelings others do.  As I said this she just stopped walking and stood there for a moment.  “Are you OK?” I asked.  Then she carried on.

As we walked down through the woods, close to the car, Vanessa asked me what was wrong with being normal.  She had thought that what I meant was that feeling unhappy was what normal meant.  All day we’d been having a jokey argument about buying garden furniture, me against it, her for.  The main reason for my opposition was I know what we’re like, we’re always out, the second we get in we’re zonked out on the sofa before going to bed.  We’d never sit out in the garden like ordinary people.  That word again: ‘ordinary’.  “What’s wrong with being ordinary?” asks Vanessa, “That you don’t know what it feels like to be ordinary” and I realise I’ve upset her.  “I want to have an adventurous life like you” she says, ‘but part of me likes to do ordinary things, don’t you - don’t you like our life?”.  I tell her I meant that I meant I don’t feel like ordinary people seem to feel, like the fear of things that scare most, but fear the things that they don’t.  “I’m scared one day you’ll say you don’t want this ordinary life and just fuck off” she replies.  And she’s right, I think the same.  “What if you did get asked to go to K2, would you go?”  I think about it, and can’t lie to her or myself.  It would not be an easy choice, but it would be easier to go than not, to not have to face the idea of not having gone.  “It would be hard not to go” I say.  “I’d not stop you you know” she replies, and I know she wouldn’t, which is why I love her.  She knows me because we’re no different, but I don’t get off so easy:  “I think you’d want to go because you care too much about what people think about you, while I don’t give a fuck’.  And she’s right.  I think about K2 in winter. What would I gain.  What would I lose.  I think about Kenton Cool climbing Everest yet again, on the radio and TV last week, another half a million (‘sterling’) in the bank, a super guide.  I think about missteps I made, just as driven as him, just as talented, why that’s not me up there, driving my Range Rover.  I imagine what it would be like, not to have his money or success, but for him to know I was the better man, me climbing K2 in Winter, for him to know his place.  Would that not be worth the risk?  “I love this life” I tell her, “but it’s always a fight to do what’s right, and you’re the same, you feel it too.  Life is about striking the balance”.  I think about Kenton, and what drives him, if standing up there again and again makes him happy, feeds his rat, or is it just a job, now no more than just his version of ordinary?

If the call came to go to K2 in Winter I would not need to look into my heart, that piece of meat, for a reply, but into my reptilian brain.  I would need to question how I could inflict that curse on so many for so little, to simply get to the top of a cold place with strangers, to be away from a home I’ve grown to love, and people I love more than home.  To not go would be an acknowledgement, both of some failure on my part, the loss of something, of weakness, of growing old, but it would also be about control, something that is at the heart of all climbing, of all everything really.  But when or if that call came, what would I say, what would be my excuse?  All this above?  No, I’d have to think of something easier to understand, that it would sound crazy to just say I was vetoing my reptile brain, that not going is me turning that primal need to dominate in on itself.  No, my answer would be a simple one, one that would make me sound boring and suburban, normal, but then what’s wrong with that?  My answer would be: “I need to start putting out the bins”.