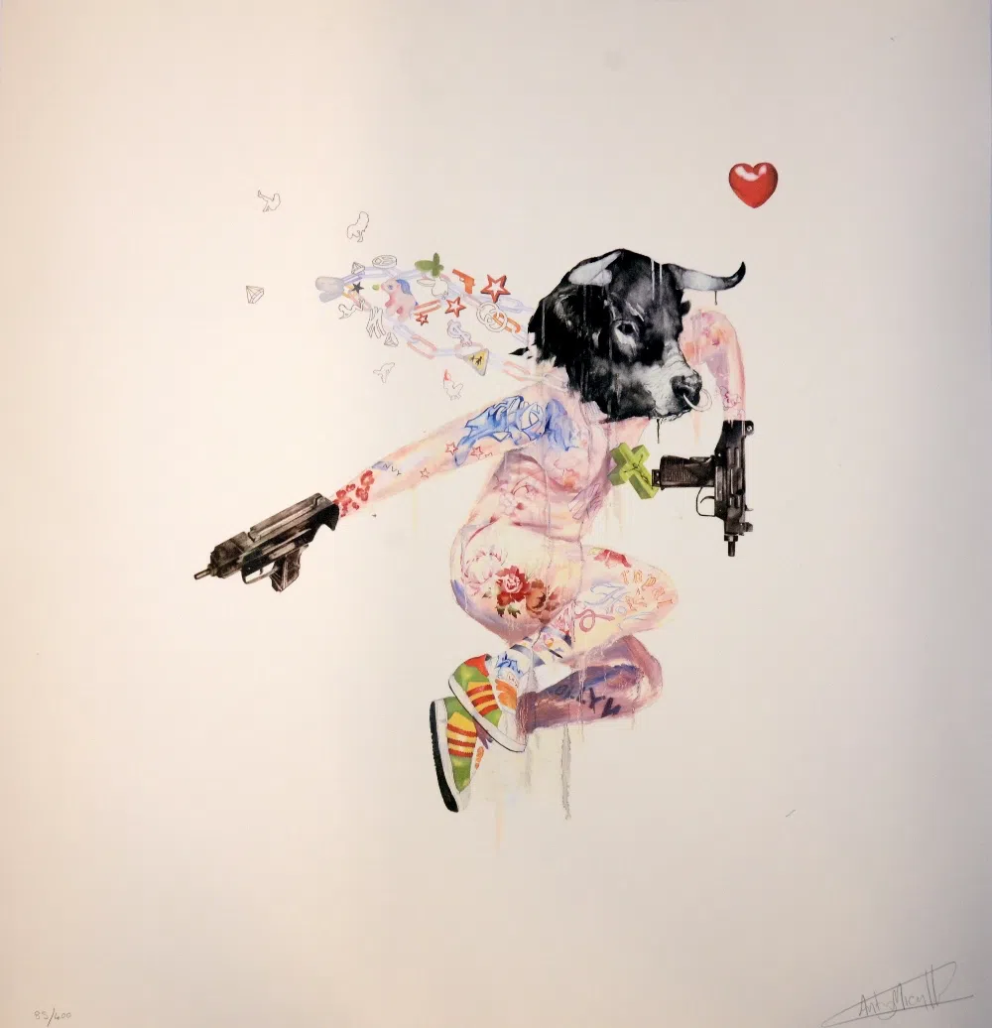 Rap cords or trail lines have been around a very long time,  as a second skinny rope to a thicker single rope and used primarily for abseiling (and sometimes light hauling).  These ropes have ranged from 3mm to 8mm and in the past were most usually just full-length accessory cord, so static and not suitable for falls.  These lines were primarily a feature of North American climbing which developed its standard techniques in Yosemite, where a single rope was the standard, and a haul line carried on the back of the harness (fine most routes followed straight cracks).  For non-big wall climbing the haul line was overkill and so was replaced with a thinner line when hauling wasn’t necessary (or the bag was very light).  In the UK and Europe, the alps provided the trickle-down techniques, so we ended up with a double alpine rope system (two half ropes of 9mm), as this allowed both full-length abseils, less drag on complex pitches and redundancy in case a rope was chopped or damaged (for normal trad climbing I’d say that the double system is the best on balance).

The use of single ropes increased dramatically in Europe in the 80’s with the explosion of sport climbing and climbing walls and imagine the single rope now dominates climbing (ropes from 9mm to 10.5mm), people using these both on trad and sport.  The advantages of a single rope are lower cost (one rope not two), simplicity (only one rope to belay and clip into gear), and weight (one 9mm single rope is lighter than two 8mm or 9mm doubles), plus a thick single (10.5) tends to last a long time.  On easier routes, a single rope makes sense as long as you don’t want to abseil, and its increased potential drag can be a great way to learn how to extend and place gear effectively, a good skill when you move on the double ropes.  Once you progress a single rope would be unadvisable thought, the idea of being on some choss fest or highly complex route (common in the UK), or where gear is marginal (doubles have a lower impact force) with just that skinny strand of 9.5mm rope running through thirty runners, not a good one.

For speed climbing, though a single has some advantages (if you’re speed climbing you may not be climbing at your limit), as it allows short fixing, moving together, jumaring etc.  You may also use a single on very long mountain or big wall sport routes, where double ropes my not be wanted, or when you want the lightest weight possible, such as a Beal Opera 8.5mm.

So the obvious problem with a single rope is full-length abseils, with a 70-metre rope only getting you down thirty-five metres, and even 100-metre ropes not reaching anchors on some routes (Also a 100-metre rope is a pain in the ass on many levels).  On a lot of routes with fixed anchors, you may get away with a 70-metre rope, then not on them all, especially on alpine terrain.  Get caught on a big trad route with a single rope and you’re going to lose a lot of gear if you have your rap, maybe all your rope as well (you have to fix the rope all the way to the ground and return with another rope), or maybe you just can’t do it with short raps!  (you can carry a length of 5mm pull cord to extend a 70-metre rope, but it’s not ideal).

The rap line then is the answer if you don’t want to go for a full double rope system or twin ropes.  Instead of waffling on, I’ll answer the usual questions I see about these ropes.

What diameter are rap lines?

People have used all kinds of ropes, from 3mm dynemma and 5.5mm kevlar and standard perlon, but the three off the shell rap lines I’d look at are the Beal 7mm Trail Line, Edlerid Rap Line II 6.5mm, and MammutRappel Cord as these have been constructed for this very role.

Is being that thin a problem?

Rope thickness of these cords (I’m speaking now about the Ederlid and Beal ropes) is both a blessing and a curse.  Such a light rope is very light and compact and can be carried easily on your back, around your waist or in the bottom of a small pack without a problem.  The biggest issues with skinny ropes are tangling, and I think 7mm and 6.5mm is the cut-off point where it’s manageable.  Never the less it can be an issue, and all light ropes should be treated with a lot of respect. For example, in windy weather, they are more prone to being blown around so you need to keep them under control (rap with it in loops on your harness or in a pack), and they can get caught up in your main rope, so you need to fight the two a little (as the ropes become broken in this tends to be less of a problem).

When rapping which rope goes through the anchor?

You can use either rope, but you may want to consider a few points.

Does the rope creep through your belay device or the anchor?

The creep (where the thin rope slips through the belay device faster than the thicker rope), will be a marginal problem on most modern belay devices, especially those with cleats/jaws.  Never the less it should not be ignored, especially if the ropes are wet, so make sure you clip both ends to your harness (independently, don’t tie them together), or tie a knot at the end of each (I think it’s best to always have the ends with you).

How strong are they?

These cords have a breaking strain (safe working load) of about 150kg (they are made from kevlar type fibres), so good for sack hauling.

Can you jumar on them?

The minimum rope diameter for most jumars is around 8mm I think, the reason not being that they’ll slip, but that if loaded hard (say you fall onto the jumar on the rope) it will snap the rope!  Jumaring on such a thin rope can be dicey in terms of grip (even a Ropeman mark 1 won’t work on some 8mm ropes), and although I’ve done it, it’s your choice if you deem it worth the risk.

Can you rap on just the rap line alone?

If doubled up then yes you can, just remember the rope is very skinny, so clip two lockers into the rope to increase the friction.  As for one rope, yes but the friction applied by a belay device will be too low to hold you.  The best option would be to clip the rope through both slots on your belay device (so it goes in, around the biner, out, then back in, around, and out again).  You could use a super munter hitch also.  Whatever you do take it slow!

Can you take a fall onto a rap cord?

The Edlerid cord is tested to 2 falls, so the answer is sort of yes, while the Beal rope is not tested.  In reality, you will not have the rope through a belay device in fall meaning you’ll be taking a full-length fall, plus how far you’ve gone, the only real scenario being your rope cutting.  Also, will your rope be even clipped to the belay?  Climbing with the line through the belay device would not be recommended as any fall would load the rap line first, and be pretty static, not the lead line.  The only place I can imagine this being an issue would be a doomsday scenario where the lead line gets chopped and you have to be belayed on the rap line (or if you have to climb up to retreat a stuck rope while abseiling).  The idea of climbing on a single 6.5mm rope makes my blood run cold, plus the chance of such a rope not cutting on any kind of edge would be minimal.

How do you join them on an abseil?

Just tie the standard UDK (overhand) and make sure it’s neat and with plenty of tail.

How best to carry these ropes?

I prefer to stick them in a small pack (I feed it in so it takes all the space up at the bottom, and means I can pull it out quickly when needed), while some clip it to their harness big wall style, or you can tie it to your back (more chance of loss).

What kind of climbers would need a rap line?

For me, the main people who need these ropes are climbers who want to go fast and have all the advantages of a single (able to short fix, move together using Tiblocs or micro Traxtions, jumar), so people doing fast routes in the mountains or on big walls.  It could also be a good rope to have for insurance when doing big multi-pitch sport routes, as being able to do full-length abseils is also good!  But for most climbers, I’d say employing good quality half ropes is the way to go.