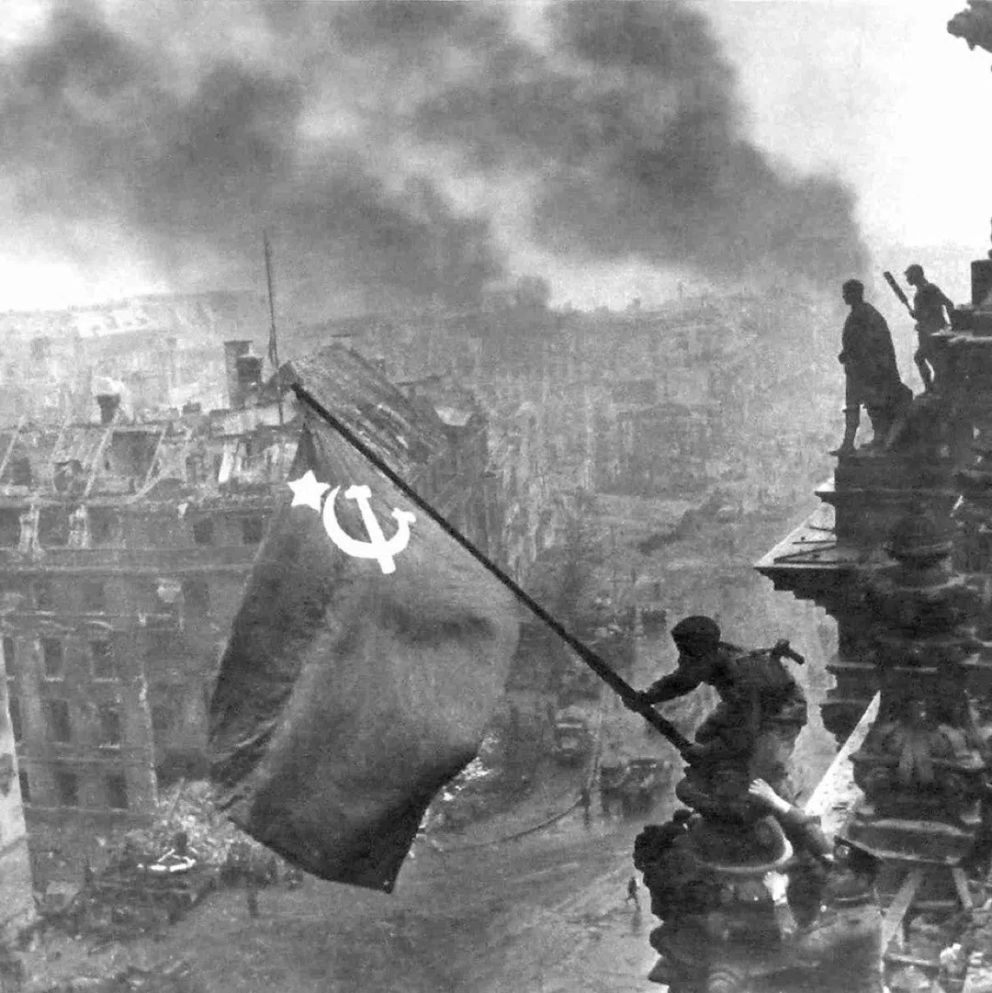 “Before we are all reprogrammed, remember for a bit longer that the reset of memory and truth is not just a political agenda, but a holistic effort to redefine our past, present, and future.”

Photo: Raising a Flag over the Reichstag by Khaldei “After taking the symbolic photo, Khaldei quickly returned to Moscow. He further edited the image at the request of the editor-in-chief of the Ogonyok, who noticed that Senior Sergeant Abdulkhakim Ismailov, who is supporting the flag-bearer, was wearing two watches, which could imply he had looted one of them, an action punishable by execution. Using a needle, Khaldei removed the watch from the right wrist. Later, it was claimed that the extra watch was actually an Adrianov compass and that Khaldei, in order to avoid controversy, doctored the photo to remove the watch from Ismailov’s right wrist. He also added smoke in the background, copying it from another picture to make the scene more dramatic.” Wiki