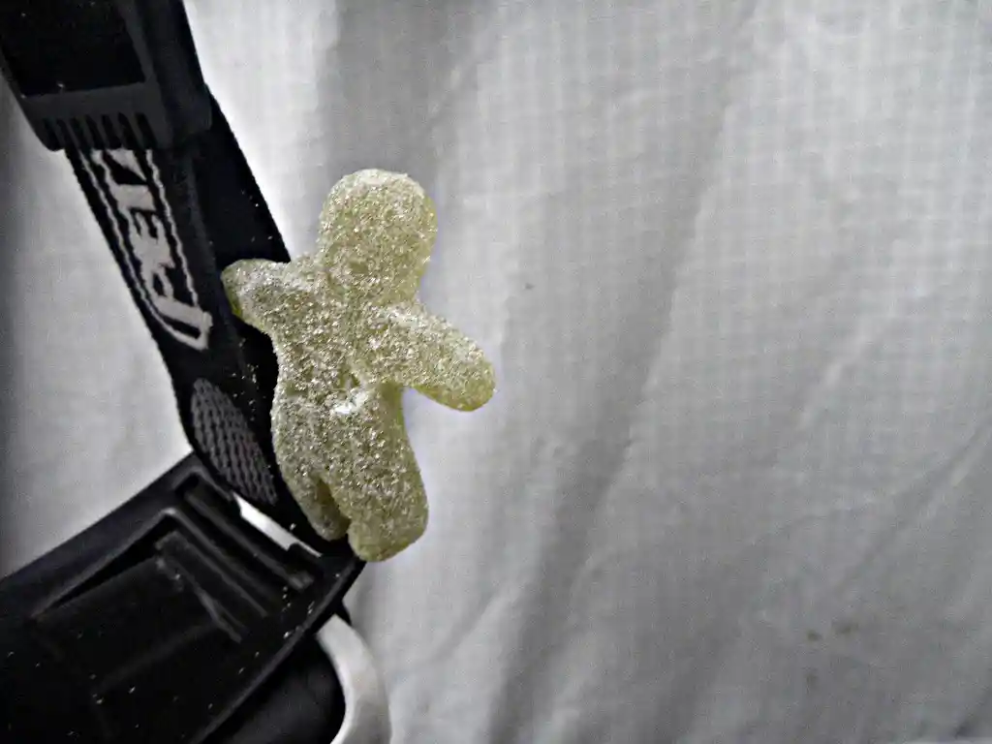 Here’s a transcript of the speech I gave on Radio 4 Four Thought’ last night (you can listen to it here).  People are free to use it anyway they wish.

In 2012 I hung from El Capitan—perhaps the most iconic rock face in the world - skyscraper high, Yosemite valley’s mightiest wall. For five days and nights we’d inched up it’s overhanging face, the summer sun scorching, the largest ledge the size of a shoe, its sheer steepness forcing us to sleep in hammocks attached to the rock.

The ground now stood six London Eyes below us, the summit only fifty metres away.  Another ordeal of stone was almost over.  This may sound a bit scary, but climbing is my job, and although seen as a dream climb, I’d already climbed El Capitain two dozen times.  But this was different, as high above me, spinning in the breeze on a single strand of rope, hung a tiny girl, legs and arms pumping as she climbed to the top, her life suspended - the past at her feet, the future in her hands.  I’ve climbed with many partners but this one stood out from them all for her tenacity, resilience and grace - but then I would say that, as it was my daughter Ella, only thirteen years old.

For five days we’d climbed this wall, but it was no great statement.  We didn’t set out to break any records or raise money for charity, it was just a continuation of what I saw as my role as a parent: to prepare my child for life by not only exposing her to joy, but also risk, fear, doubt, and sometimes pain.

Many times on that climb I wondered how people would view me as a father, to take my child on what must appear a risky venture - after all, we live in an age where children are arrested for climbing trees, or treated as if they were made of glass.  Although I knew Ella would find it long, gruelling and scary (imagine waking up in a hammock suspended at twice the height of Canary Wharf) I had no doubt whatsoever that she could do it, and she knew that.

Several people asked me what I would do if Ella got half way up the wall and couldn’t go on; my answer was always the same: “She has do it”.  On the wall I was there to watch over her, but kept sympathy rationed and she climbed without complaint because she knew that whinging would do no good. And she cried only once - her tears coming when she realised she’d dropped her iPod.

As for the risk? Well I’ve been climbing since I could walk, and I knew the objective hazard was less than cycling to school. There was risk, but even a beating heart carries the risk of stopping one day.  The real question was how could I risk not sharing this with her?  As my child, I wanted to give her the opportunity to see if she was brave enough to succeed, and as a parent, to be brave enough to let her try.

I’ve always seen myself as an ordinary father, but like all fathers, my only model on how to be a dad came from my own father, a physical training instructor in the RAF - a man who didn’t just put the fear of god into me, but also of heights, drowning and hypothermia.  Through adventures he instilled in me many of the facets of my character stuff I’ve drawn upon in hard times.  He was adept at creating an environment where you were forced to be bold, to overcome that childlike fear that robs you of what you heart really wants - from jumping into a cold stream, to dancing with a girl you like at the school disco.

He taught me to be bold, and to be brave, old fashioned concepts, but ones I’ve used everyday since, to tackle the things that scare me, things I doubt I can do - from climbing the hardest routes, to writing of books despite being profoundly dyslexic, even talking to you now.

As for my own abilities as a father, my two children have forever been marked by cuts and bruises, concussion and stitches, proving again and again that children tend to bounce, that they are waterproof. When they fell I never rushed to pick them up, or gave them too much sympathy when they cried, and so soon they learnt to get up, only crying when they were actually hurt. I wanted my children to be robust in body and mind, because I knew one day I would have to push them out into a world that can be cruel and unfair. I tried to expose them to cold, to hunger and darkness, so they understood the value of simple things in their lives, as well as developing empathy for others. {pause 50 %}

Although I spend a great deal of time in hostile environments, my laboratory of risk has always been playgrounds. They say you can judge a society by its prisons - I would add it’s playgrounds as well, as the people you find there will be your society. What I’ve noticed in our playgrounds is that the children who spin faster, that swing and climb higher, seem more physically and emotionally healthy than those who are told not to go too high, or too fast, or always in sight of anxious parents.

Our risk aversion is at the heart of many of our problems of dependance, self determination, mental illness, our blame culture.  If we are unable to be afraid, and face that fear, or to have rites of passage, then children can never grow, and we brick ourselves in with fear.  What this kind of play teaches children is one of the most important rules of life, the ability to hang on tight and be brave.

I was lucky in that I was perhaps the last generation of British children to play in parks laid in concrete - the weed of black rubber that spread across the parks of my youth - the first sign of the safety culture to come, risk and adventure slowly designed out of children’s lives. The total cost of rubber matting since the 1970s is in the range of four hundred million pounds, and accounts for 40% of the cost new playgrounds. Just think of all the amazingly dangerous playgrounds we could have built for that.

I grew up in a block of flats in Hull, and shiver to think of the dares and stunts we pulled - hanging from drops by our tiny fingers, climbing from balcony to balcony, shimmying up garbage chutes.  We lived close to the derelict docks, where we would swim in the summer - their depths hiding many dangers. In the 1970’s we didn’t have paedophiles, we had ‘strange men’ and simple messages about not talking to strangers that kept us safe. We didn’t see every human being as a threat unless they were going to stop us playing. We rarely played alone, and through being in tribes of children we understood our place.

Since the 1970’s these key areas of risky play have been slowly eroded, banned, legislated against by overly regressive reactions to high profile incidents.

Every death of a child is a tragedy, but in our media age, these events are magnified beyond the personal, with well meaning campaigns having far reaching effects on the very nature of childhood.  The banning of ‘British Bulldog’, kiss chase or even the simple act of running in the playground have become an urgent necessity to saving the lives of children.

This anxiety has resulted in children isolated in bedrooms, sedated with junk food, safe from harm. But the reality is we cannot design nor legislate out risk, as children will always seek it out. They simply have to define their bravery somehow, either positively or negatively, it’s in their DNA. Tim Gill, one of Britain’s foremost experts in child play, argues that children have an appetite for risk, and if not fed, some may seek out situations which expose them to a greater level of unmanaged risk. Children build their character and personality through facing up to adverse circumstances where they know there is a possibility of injury or loss, nurturing traits such as boldness, ambition, self-reliance and resilience.

Alcohol, drugs, nude “selfies”, the carrying of knives - I think these things can often be misdiagnosed as something far more complex, rather than simply the need for the young to ‘test their metal’, and define themselves as independent in thought and action from their parents, to establish their place amongst their peers.

The more we allow our young people to expose themselves to positive risk, the less they will turn to the negative, allowing them to develop the ability to navigate and thrive in the real world.

Two years have gone by since my climb with Ella, two difficult years in the lives of most teenagers, the span between thirteen and sixteen full of frustration, fear and bewilderment. I look at the problems encountered by Ella’s peers, and their parents attempts to steer their children through them - the old ones of alcohol, sex and drugs, and newer ones such as self harming, the sharing of inappropriate images and the dark corners of the web. These young adults are terrified of the future, the media they consume full of negativity about the world they are about to enter, peddling the same old commodity of fear.

Instead we should be telling them that they have been born into a time of plenty, the opportunities endless for those willing to adapt to change, both geographical and technological, to look beyond the boundaries set by teachers and parents - to be fearless.

Ella is a normal teenager, but since climbing El Cap I see something in her that I don’t see in her friends - a fearlessness, confidence and a maturity that sets her apart.  She seems to have no need to define herself through negative behaviour, and I wonder if this climb, and her adventures growing up, going beyond the boundaries of safe play have anything to do with this?

On that wall Ella knew that her life and future were in her hands, that we trusted her to be her own guardian.  She was no passenger or tourist, or a child singled out for special treatment - she was an equal.

The experience doesn’t need to be so extreme, very few children are fortunate to have the same opportunity that I was able to offer Ella. But we all have a responsibility to give children the chance to hold on tight and be brave, and it is our responsibility to be brave enough to let them try.

On the wall I had focused so much on what Ella would gain from the experience, every inch strengthening her spirit, a reference point for the difficulties of later life, I failed to take into account what I may lose, maybe the thing all parents fear, perhaps a change we attempt to hold back by our over protection.

At the beginning of this climb, I tied onto the rope with my young child; a human I helped to create, under my protection, the pieces of her still to be ordered, someone I loved.  But as we got higher, and she did not fold, or crumble, and grasped that she was as strong as the rest of us, sometimes stronger, I lost that child, but there before me, on that summit stood a young woman bold enough to know she had nothing to fear.