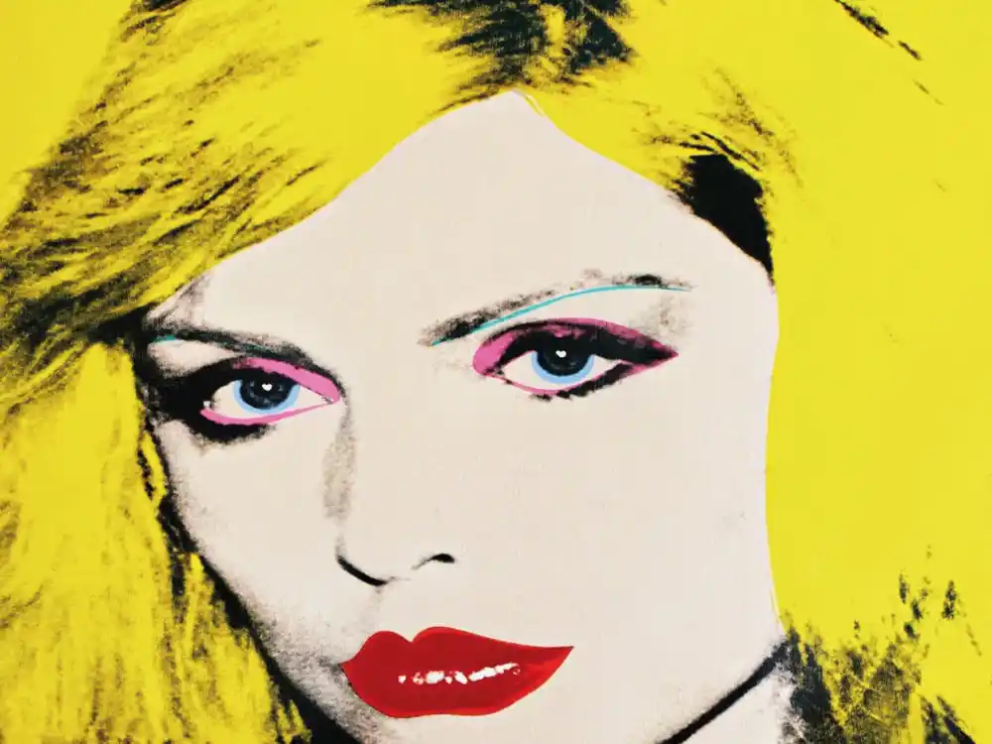 I feel like a tramp.  Worse still I look like a tramp, by which I mean I smell like a tramp.  The laces of my shoes are undone (haven’t done them up for a week), and have slipped half their holes, making my shoes like shuffle slippers, their tongues popping around the cuffs of my trousers like the tongues of two excited dogs.  On the side of one shoe is a big blob of ketchup, McDonald’s ketchup, blobbed onto them when while dipping chips at 2 am on some lonely road.  In fact, I smell of ketchup, my own fruit it feels after two weeks on the road with only one night off.  My hands and clothes smell of ketchup, ketchup and sweet chilli sauce (I’m a hot as chilli but still as sweet), a half-open sachet appearing in my pocket this morning, as welcome as a used and untied condom.  My clothes have not been washed for a week, OK when you’re on stage far from the maddening crowd, not so good when you get a hug from a posh lady at the Royal Geographical Society (she called me ‘Alan Kirkpatrick’ so I guess the smell might remind her next time).  And this is just my body coverings.  Inside my body, I feel like an old football whistle: if shake me I’d rattle.

As I got onto the ferry today a policeman came up, sort of plain-clothed, but with his stab vest showing, looking like I was in trouble, like I’d been singled out as one of those dodgy as fuck characters who you often share the journey with.  I have never been afraid of the police, but coming out of dark times they now bring on a strange kind of terror, unwanted and unnecessary and wholly unjust, just the flash of light, or the flick of a policeman’s eye enough to make me panic.  And so as he approaches, my haul bag on the trolly, he stopped and asked ‘Is that a special kind of bag?’ which I took to imagine there was something wrong, made me wonder if some ex-partner may have stuffed some drugs down the back panel.  “Sort of” I replied.  “Is it for climbing walls?” he asked, his face not looking so serious, then adding ‘I came to see you speak in Caernarfon’.  All I could think was ‘I look like a homeless person, what must he think?’.

Two nights ago was the last night of my 30 date tour, the last big push, a tour that went from Stornaway and Galway to Hull and Jersey, and most points in between.  It’s been pretty hectic and pretty stressful, which may come as a surprise for some, after all, it’s just standing on stage talking.  Well if I have one great advantage over many speakers it’s that I’m not easily satisfied, always striving to make it better, while at the same time a little uncompromising, that I’ll do it my way, a little too fast, a little too sweary, a little bit offensive, that if anyone is too narrow-minded to see past that then they’re not worth bothering with anyway.  I’m not pop music or ABBA the musical.  My job is to both entertain and make people think and consider, not slip down and give each and everyone a dull hand job.

The tour had been a great success, with over half selling out, the rest almost to capacity (Sheffield the only gig that got a small number).  I’ve never had so much feedback, from tweets and Facebook messages to emails, even the odd phone call (I had one from the Leo Dickinson!).  Looking back over old tours, such as When Hell Freezes Over, Off the Wall and Inappropriate Climbing, I really feel that this kind of transcended the ‘slideshow’ and is finally more like a performance.  On many occasions on stage I became quite emotional (it’s unscripted so my mind can go to places rich in ideas but also toxic), and so have the audience, with people crying and welling up.  I gave away some very large chunks of myself and many people have responded in turn, which I think is a great privilege.  I know I can often sound heartless, right ring, unfeeling, uncaring and pessimistic, but in my defence, I’d say this is brought about by my love of people, and my interest in what makes us human (and not liberal machines).  To stand on stage and make people laugh is something really really special, better than selling out, but to touch people on a level a little deeper is even more wonderful.

So what are my take-home moments?  What wisdom do I discover within my words, within myself or life on the road?

First that we can be trapped by stories, that we should not be content to believe the fiction of us, that a story needs to be like an adventure: ‘a journey with an uncertain outcome’.

I realised that it is important that we understand the burden of who we are, not explain it away, or make ourselves a slave to it.

We should not pity ourselves or anyone else.

That there is cost.

That the greatest achievement for some is to be able to be where they are, in body and mind.  Standing on stage, saying this I remembered Ella telling me when I asked her the trick to love and relationships, this 14-year-old girl, her reply ‘to be in the same place at the same time’.

That integrity is often the last thing you have left.

Be fearless in the face of yourself;

That you should focus your love on those that wish to give it back, not drink it like an empty well.

And so much unscripted more lost as soon as I said it, perhaps still alive in the heads of some.

What else stands out?  Some good things and some bad.  Getting stuck in Stornoway and having to cancel gig, along with an epic journey by train, ferry, bus, taxi and hire care to get to Kendal Film Festival was a low point.  Having a fall out with people over comments about a change in Scotland since the referendum was not so easy and maybe lost me some fans, but then to not do in fear of that is reason enough to do it.  We seem to live in incredible uncourageous times, where self-scrutiny is at a low.  I guess the toughest part of this episode was when someone I really respect, who I’d have imagined could so some truth in a new divisive feeling post-Scottish referendum, tried to explain it away due to the fact my ex-girlfriend lived there.  The episode probably accounts for a more militant tendency in my writing, that if I can be fearless on a lump of stone, I should be fearless in my opinions right or wrong.

Positives including meeting the SAS guy who trained Bear Grylls (and hearing some scandalous BG stories from others!), and a retired SAS soldier who saw something in my talk that he believed could help ‘reconstruct’ the landscape inside the minds of soldiers with depression.  Talking at the Royal Institution was cool, probably one of the most famous performance spaces for a monologist around, 200 years old and the location of the BBC Christmas lectures.  Along the way also managed to give something back to Galway Mountain Rescue and the John Muir Trust, as well as a load of free gigs for schools, so it wasn’t all me, me, me.

But now it’s over and I’m spent, my mind and body - and most of all my clothes - in need of some TLC.  Work was done I’ll have some treasure again to plan some more trips, different trips I think to the ones that came before, but still trips full of stories.  I have two film projects this year, a film based on Psychovertical by the incredibly talented and poetic Jen Randell (who made Operation Moffatt with Clair Carter), and a personal film about taking a 21-year-old mate Cian (know who works in an ice-cream shop near my house), and who has an interesting back story, to climb big walls in the US (he’s only done one multi-pitch route).  The title of the last one probably sums up its content more than my description, my aim to make something funny and different to the usual: “If you can’t hack it, get your jacket and fuck off” (not sure that’ll not play well with Banff : ).

I’ve also declared my intention to try and ski to and from the South pole without support or assistance (that means no kites) a 2000km journey only three people have ever done - I think (the trip featured in Across the Ice).  I’ve never played that game before, of trying to raise all that money, but we’ll see.  This won’t be for charity or for science, but I do want to run something unique with UK schools. We shall see. Oh, and I have a new book coming out and three to finish by Xmas.

Well, I can see Dublin in the distance now, sat here like a tramp, only one who it seems baths in ketchup and sweet chilli.  In less than an hour, I will be with the woman I love, and I know that being away has been harder on this tour than I’ve ever felt it before.  I know that most of my life have I’ve been one of running away, but now I seem instead to be running towards it instead.  When this boat docks, this the first journey home the first in the last five months that has been calm, not harried by some name given storm, I know she will be there waiting there - well maybe late - but still there eventually.  Like I said above, a story should be like an adventure, which is how I tend to write, probably tend to do most things (for adventure read ‘a lack of planning).  But as I type this fast, wanted it uploaded before we dock, it’s just struck me what I said about running away.  Maybe I wasn’t, maybe that’s something we’re told, told to make us stop and stay.  Maybe I’ve never been running away, just running and searching for something better, not content deep in my heart, only one life to live.  Maybe why I have missed home some much, must her, why I feel myself slow, is that I no longer need to run, no longer need to want or to seek, the biggest lesson from my tour that even though you can put on a smile every night, I no longer wish to travel alone down life’s road, that when I dock all I ever need to be happy will be there (even if she is a little late), and that life will no longer be running away, but running away together.