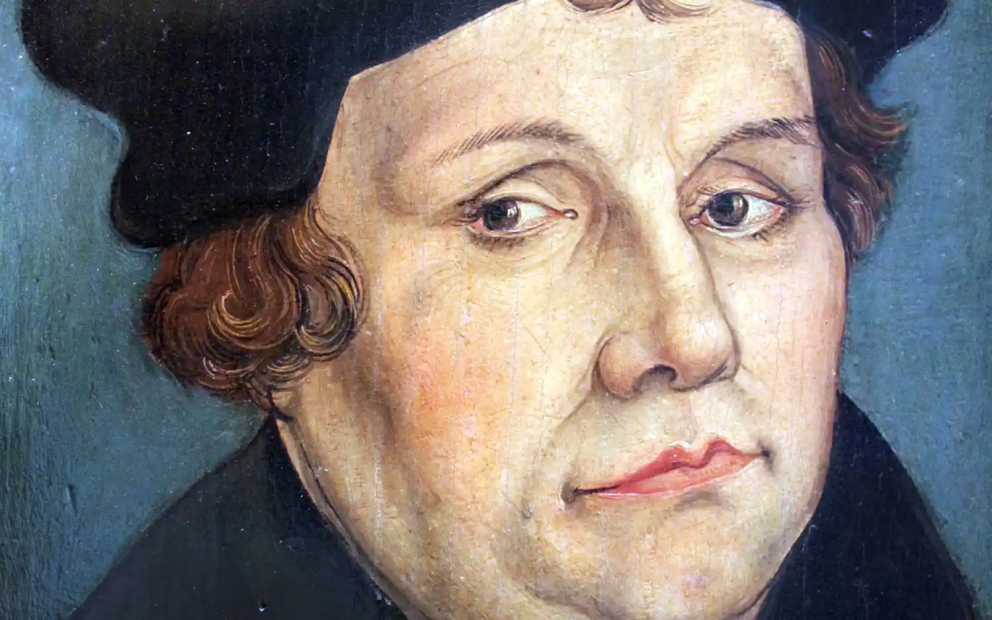 Once upon a time, before the web, before TV, before we could even read, most news came from the pulpit, knowledge and truth and wisdom dished out by the priest, the vicar, the rabbi, the Imam.  Our world was in the palm of their hands, all we knew on the tip of their Latin tongue (to own a non-latin bible was punishable by death). Then came the Gutenberg bible, the first printed bible, the first real printed book, and Martin Luther with his German translation and then English, of the New Testament.  The idea of the masses gaining control of knowledge like this was so terrifying to the church that simply owning one could be punishable by being burnt at the stake.  The first literary phenomenon, Luther’s book first created an insatiable demand for his book, and then a demand to know how to read it.  Imagine a world where only the rich and the powerful had access to all knowledge, all print and web and digital media, them giving you only what they deemed necessary, the scraps.  Although the church burned thousand of books the cat was out the bag, and once the New Testament had been read a hundred times people wanted more, books appearing on all subjects: history, science, then the novel, perhaps Darwin’s Origin the Species the final bolt into the churches heart - in the West at least.  Written language is responsible for a great deal of our evolutionary leap, the printing press perhaps the greatest tool invented for the emaciation of mankind.  With the word of man, not God, all knowledge was ours, learning breaking free from the system, working men pooling their money to buy books and create libraries so their children would not go down the pit like them.  And now we have the internet, all human knowledge there right in front of you now, the great library of Alexandria multiplied a million times inside nothing but a smartphone.

Every day I open my computer and do that little Twitter, Facebook and email jig, scan what’s going on, answer a few emails (usually the ones that come like a final demand), then start working, which usually means working on books, but ends up being this you’re reading.  I expect you’re the same, finding out what’s going on not by a newspaper or the evening news but by social media.  Well, two things popped into my brain via Facebook today, one is the influence of Facebook and Twitter in news consumption, the other the ongoing shit show that the whole Kuenssberg Affair (if you can’t be arsed reading what that is, it’s that the BBC’s political correspondent and is biased against Jeremy Corbyn).  On the latter, I really do despair at people some times.  Has anyone ever been to the BBC?  If I was right-wing I’d call it a nest of left-wing liberals, the majority Oxbridge educated, entrance gained through some nepotistic link somewhere.  Do I think that’s a problem?  Well only that perhaps you get the opposite effect than you’d expect, a reverse bias were in their desire to demonstrate their impartiality they become biased.  This would be best demonstrated by watching BBC TV where a primarily white middle-class organisation try and show how multicultural they are.  Do you know how many black people there are in the UK, what percentage?  If you guess an answer it would no doubt be based on what you see on TV no doubt, Dr Who, Luther, Eastenders, 10% maybe, maybe 20%, well it’s 3%, the majority living in London.  Now how many UK Chinese people do you see on the TV, not many, but why’s that, I guess because there aren’t that many. Actually, Chinese people make up 0.7% of the population, but they are absent because they’re not on the radar of white middle-class professionals.  Media does not reflect the truth only what those in charge imagine it to be.

You think that Laura Kuenssberg getting the top job in BBC news would be a positive, the first woman to get the job, but no, it seems she’s a ‘whore’,  ‘slag’ and a ‘cunt’ who should be killed, over 14,000 people signing a petition at 38 Degrees for her to be removed (until it was pulled, the campaign being tainted with such comments on social media). Do we really live in a country where people go out of their way to destroy a journalist? Has it come to this, people I know who actually work in media sharing such trash?  Is this about a female journalist and her reporting, or a stick to beat a state you despise?  Instead of going to that 38 Degrees site, stay your hand and track over to CPJ.org (The Committee to Protect Journalists) and take a moment to consider what side you’re on.

Was she biased, I don’t know, but I also think that 14,000 people didn’t know either, but applying just a grain of logic, that it’s the BBC, the most liberal and right on the organisation in the world, hypersensitive to any criticism, what’s the chances she wasn’t?  Also how patronising, that people other than you can not filter out what is necessary to make a logical choice.  I’m more ‘white van man’ than most people I knew in the UK, white bread not brown, and so it bugged me how middle-class people could be so dismissive of the proles, with their Sun and Daily Mail.  When Blair got into power is was not down to an informed choice, but down to that bastard Murdoch’s papers,  Blair’s dodgy dealings, his papers leading the proles to the right slot in the ballot box.  Well, such people are often not as thick as they appear, and I’d say the Sun reader (this is not another defence of the Sun), has a better handle on things than you think, on the pit face of living much more than any Guardian or Indie reader.  Anyway plebs like that don’t watch BBC news, they’ll be watching Ant and Deck instead.

So how does this kind of shit storm brew, why do friends of mine on Facebook, clever types who went to uni, get so het up, demand we share and sign this woman away, cast her off to some local news gulag.  The problem is that we are living in a closed loop of news, which can become a feedback loop, the outrage blocking out everything else.  Most of the people we know are like us, they think the same, vote the same, are interested in the same stuff.  Do you think a gun nut from Utah, who supports Donald Trump, drives a 4X4, and is looking forward to Axle Rose touring with ACDC, has a Facebook page that looks like yours, or Twitter feed or the same Youtube suggestions?  No, and this is a massive fucking deal.

One reason I get so much shit about this site, and what I write, is that I will not conform to what you want this to be - or who you think I am.  I’ve lost count of how many people have told me to just write about climbing, that way it should be (when you click), a site with an outcome that’s certain (stuff about gear, climbing etc).  But I don’t want to export what you want from me, and I don’t want to import what some algorithm thinks I will like (like those fucking Bear Grylls adverts that appear on every screen I open!).  63% of people get their news from Facebook - 63%!!!  That’s a huge problem for us all in that what may create a spark of new thinking is lost, the stuff you come across.  Instead, we get a diet of content that either brings us joy and wonder (things with cats or people with GoPros), sadness (a drowning child), or make us angry and enraged (any story with a picture of David Cameron in the header).  Consider this, there are many reasons for us living in a polarised world, one where polarised thinking is taking hold, were just going “Nah” is no longer acceptable, but how much do these closed loops create such a way of thinking?  We’re being bred to fight.

Is there an answer?  Well if you were an English peasant in the 14th century and all you knew came from a pulpit, as well as chatting over an ale with your fellow peasants, I’d say “get out more”, get a dodgy Lutheran bible and learn to read.  The biggest change for me was when I challenged my beliefs and began reading what the right thought, not just the left.  We live in an age of adversarial political thinking and if one side is taken then the other side must oppose it, right or wrong.  Do you imagine every single idea or news piece from the right is wrong, all their strongly held beliefs all stupid?  If even 50% is flawed that’s still more than enough truth to be worth a look.  The truth is bigger than what NPR, BBC or the Guardian can offer us in way of evidence (because they’re biased).  Read the Times and the economist once in a while, visit sites like Jewish World Review, New York Post and National Review, and on Youtube the highly entertaining Rebel Media (Gavin McInnes is a guilty pleasure of mine).  And most important of all, if you see something that’s valuable, be it from the right or the left, then don’t be a coward and share it, mix that shit up, after all the role of media is to expand your mind not brick it up!  And if you see something that makes you angry, hold of that share button and think about who’s pressing yours.

If you find this blog offensive, that I’ve ‘missed the point’ (a charge often made), that ‘I’m trying to be controversial’  (yet another), then unfriend me please, don’t come back here again, stick to what you know to be true in your heart, three hundred grams of meat,  and instead take your place on the pew and head back over to Facebook.  The sermon is about to begin.