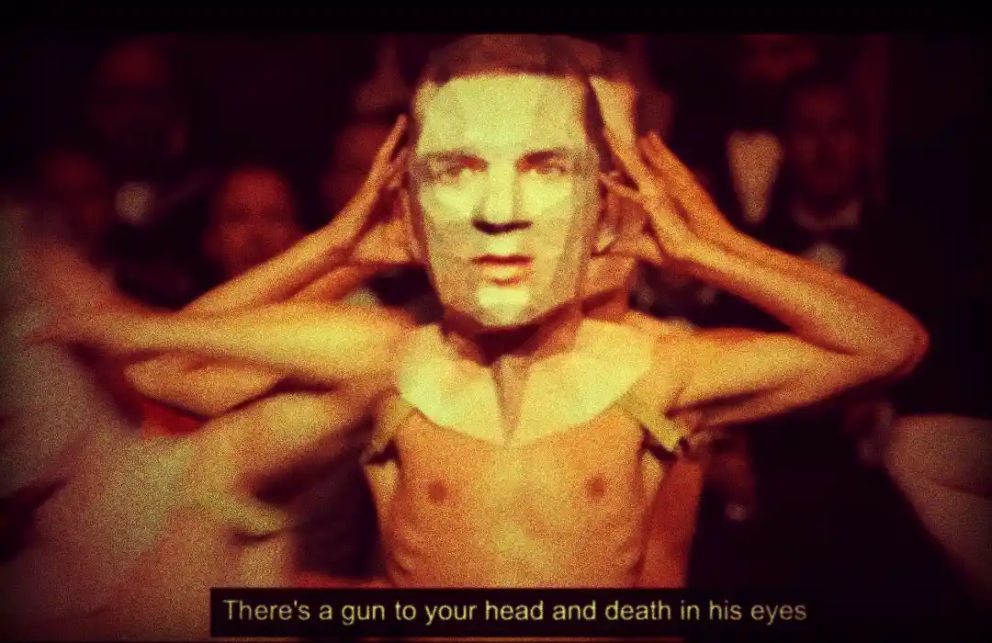 I’ve never liked Transformers, always finding it way to bombastic, too loud, to many cuts - in fact there are only cuts - it’s sort of dumb, but not in a clever way like Pacific Rim… no it’s just dumb - like American Sniper dumb (the American Psycho of our time).  I also never liked Shia LaBeouf either but I’m not sure why.  I don’t know what it was about him, maybe my image of him was contaminated by his association with dumb one dimensional robots, but he’s just never been the type of actor who - although not guaranteeing quality - always made a film worth watching (think Christopher Walken, Brenda Gleason, Toby Jones or Tom Hardy).  Reading between the lines post The Fury it seemed that Shia LaBeouf didn’t really think much of himself either, going a little crazy and self destructive.  It came as a bit of a shock then when Ella, who I think is one of the more astute and clever people I know, told me she had a huge crush on Shia, this admission as bad as having a crush on Bear Grylls (not sure if anyone spotted it, but I actually complimented BG on his interview in GQ magazine, and he actually tweeted back a thank U!).

A little perturbed by her choice of men, Ella told me that this was a recent crush, and not based on his mediocre talents as an actor, but rather his new direction as a ‘performance artist’.  “Watch this dad” she told me, and showed me this video of Shia and Maddie Ziegler dancing to Sia’s song Elastic Heart.  All I can say is “watch without prejudice” before reading on…

I must admit that at first I was a bit confused, and also a bit weirded out, but slowly I began to get into it - a cool song, pretty emotional dancing, and something better than I’d have imagined from Shia.

“Look at his dancing Dad” said Ella as Shia moved.
“Look how emotional he is” she Ella as he banged against the bars of his cage.
“Look at his butt!”

I started with a new therapist yesterday,  a new room, a new chair, a new glass of water, a new box of tissues - one tissue pulled up ready.  The therapists I’d seen before was too close to me, so was handed on, but not wanting to blow my trumpet, it seems to be harder and harder not to cast a bit of a shadow in strangers lives, writing, speaking and being on the odd TV thing meaning a lot of people know a little (or a lot) about me.  The lady sat me down and I explained that I was there due to ‘complications’ from a broken heart, but on explaining who had broken it, the lady said “Oh I’ve seen her speak at a conference” - which I guess saved me about £10 worth of story telling.

The idea of me paying someone to listen to me talk is a funny one, as it tends to be the other person paying - which is kind of cool; a bit like how when we were kids the council gave my mum money for clothes for us, but twenty years later I got paid to wear other peoples clothes.

I started off telling the therapist that I’d put off coming for a long time, that I had spent most of my adult life weighing and measuring myself for answers, and that really I knew that there was nothing really wrong, well not compared to most people.

It’s funny that when you’re someone who people maybe see as being sorted and strong, that when you show weakness and fear, people feel that they can be as brave as you, and tell you there darkest secrets.  In the last month I’ve been both shocked and saddened at the stories people have told me about themselves, stories that showed a strength to overcome way beyond dragging your ass down a glacier.  People have shared stories of real pain, real abuse, violence and death.  I made a flippant remark to someone about self harm - that what I do is self harm - and this beautiful young woman pulls up her sleeve to show a complete tattoo of scars.  The stories are always different, people’s pain unique, but all about an injury, a scar - or many - that they want to heal, to fade.  Some use a blade, other a bottle of Gin, a pair of running shoes, a mountain.  We want to believe that time will do the healing for us, but sitting I my car I say to my mum “I don’t want to feel like this anymore” and she turns and says “I still feel like that about your dad, and that was thirty years ago”.

And so I tell her that I’ve thought hard about my life, I’ve talked about my demons to thousands of people, written books about it. I had issues about the split of my parents, the bewildering shock of going from Wales to a block of flats in Hull.  The poverty, both real and the poverty of opportunity that most middle people will never get - an inescapable desperation that never goes, no matter how much you have.  And I have that deep feeling of worthlessness, that I’m trash and stupid, and retarded caused by a shit education, leaving me with a blight on me that never goes.  BUT I know these things, everything I do I do in order to destroy these ideas, this past, to come to terms with it all, to forgive my Dad, my teachers, myself.  To move on. The problem is perhaps that I have measured and weighed myself so well, that I have the measure of these things and have set about to deal with them in such a way I have caused more harm then they ever could.  My desire to be a good father, and that guilt I carry, has made me make choices that were very destructive in the long term, that sacrificing yourself is not a long term strategy.  I often tell Ella and Ewen that the trick to happiness is to be totally selfish, to do what makes you happy, the only rule being that doing this must not make someone else unhappy.  Like a paramedic who needs to look after themselves first in order to do their job, as a human being you must fill yourself with joy, as you must light up those around you, not suck in their light (people are either drains or radiators).  In my experience the happiest people I’ve ever met, the ones who nourish all those around them, tend to be utterly selfish, and the joy they have allows them the energy to give all that is required to be a good person.

And what about that idea of moving on?  This blog, most blogs I write, are not about moving on.  I want to believe they are, but they’re not.  I’m not ready yet, I need to dwell a little longer.  Once you had everything you needed to be happy (even if you failed to grasp that), and slowly you hacked it away, something as solid as oak, cut down to sinewy, data packets; the touch of someone you love, then just their voice on the phone, then emails, replaced by the emails of others, solicitors, strands that pull you apart, but still connect you to them, to that past - that pain your feel, the longing, missing them, hating them, hating your self - still a feeling, still something that connects you both.  Yes letting go is the way, but not yet, because that pain is what hope feels like, and it’s that that needs to fade away - but if I know anything about myself it’s that I have a crazy and unrealistic capacity for hope.

And so I sat in the room, talking about my ideas about myself. “Maybe you’re not asking the right questions” she said, no doubt thinking “I’ve got a right one here?”.  Maybe I was stalling, but I lurched into my theory about how what we think about ourselves is not valid at all.

In this theory we need to give up what we think about ourselves, that our view of this ‘self’ is as valid as a man’s view of the earth when his nose is stuck in the dirt.  No, who we are is the person other people think we are, after all how may assholes doe you know who are aware that they are assholes?  Fundamentally who we are comes down to being self aware enough to see ourselves from the perspective of those who know us, and to make adjustments accordingly.

“Yes - it’s like Shia LaBeouf, he probably thought he was a star, but slowly understood no one respected him - he became self aware, he obviously had high ideas about himself, and began to lose his self respect - but in the end he made changes to be the person he wanted to be, adjustments.  It would be nice not to care, but now people have started to respect him, and you can tell he’s happier.  Plus he’s got a great butt!”

“I want to do that, I want to be that person people think I am - but I’m not sure I ever can”.

The therapist looked at me for a while without speaking.

“Maybe you should start at the beginning”.