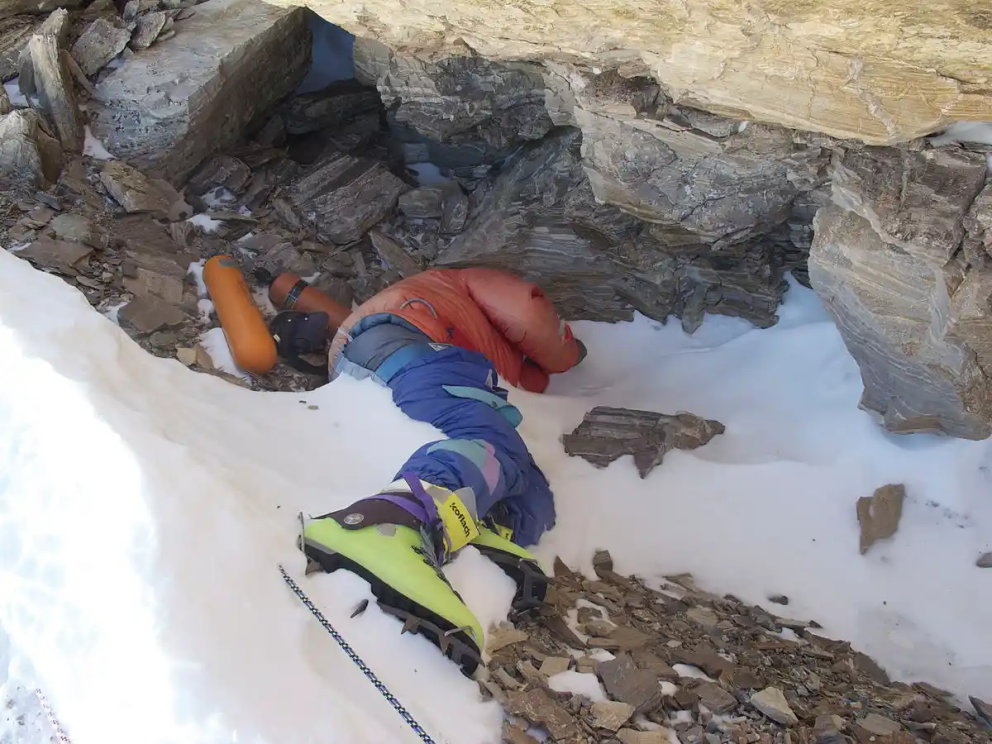 Maybe it’s living with someone who was paralyzed in a climbing accident, reading the emails sent to her by climbers who have also recently been injured, or maybe it’s listening to stories of near misses, close calls, and one or two stories of those that didn’t make it, but over the last few months I’ve been thinking about the consequences of climbing, and more importantly, on the influence people like me have on young climbers (the same applies to anyone climbing in the spotlight).  It’s fine telling of our own epics and near misses, but does this lead younger climbers into the false impression that this is something to strive for?

In fact, most of the ‘gnarly’ climbers I know, who have a long list of climbing epic folklore attached to their names, really are very, very safe, and the stories that exist stem from many lifetimes of climbing for most of us.  Nick Bullock for example probably goes out and puts it on the line in one month than most climbers will in a lifetime, but the reason he’s still with us is that he’s fucking good at not dying.  It’s this that young climbers need to aspire to.

As a start here are eight things that will keep your healthy:

Being observant is covers a whole gamut of things, such as observing the terrain, conditions, weather forecasts, what people say about a climb in the pub or a magazine.  It’s also about watching your partners, and yourself, double-checking everything.

Paranoia follows on from being observant, namely always being on the luck out for that thing that will kill you; the unscrewed screw-gate, a dodgy rap anchor, a loose block, anything that is potentially life-threatening.  The dictum of the safe climber should be “what if…:

Being well equipment means having enough gear to move fast, and enough gear to survive or retreat when that’s no longer possible.  I always carry enough gear to move with confidence, even if that undermines my speed.  Basically, you need to ask yourself the question “will my gear get me up and down”, plus you should follow that paranoid dictum “what if?”

The most exposed period for winter or alpine climber is one the easy routes, PD’s, grade 2 gullies, moderate low angle cascades.  Try to get through this period of climbing as quickly as possible, or better still get your skills up to scratch on rock, then transfer them over to easy hard routes, namely routes with belays, runners and avoid other numpty climbers who increase your chances of an incident dramatically.

Sticking to the buttress has served Mick Fowler well.  It will serve other climbers well.

Don’t be stuck in your ways, and try any new ideas and gear that could improve your climbing, speed or safety.  Check out what climbers are doing in other countries, and watch what your peers or pro’s are doing.

Training can take many forms, but the more you train the more invincible against failure or accident you will be.  This includes fitness, although for most mountaineers working endurance will probably pay the biggest dividends, as this also works your mental toughness (mountain biking, marathons, sea kayaking).  But training also covers building up skills for those harder climbs, such as navigation, moving quickly over rock, even learning how to get on and read your partner.

A willingness to fail is vital, meaning being prepared not to push on into the red above crap gear, not climbing up avalanche-prone slopes when you have an alternative or exposing yourself to unnecessary risk, after all. This is important as there are so many elements of survival that are out of your control, why sacrifice even more?