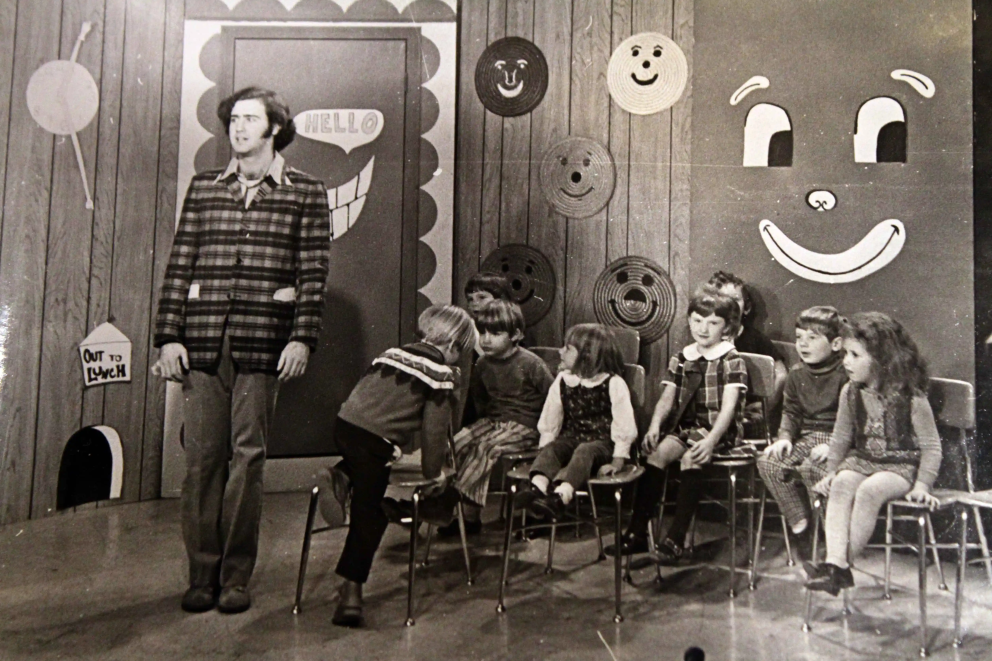 My name is ****, we met briefly last year at Basecamp festival. Very briefly in fact, I don’t think we got chance to chat. Anyway to the point, I wondered, being a sheffield dweller myself, if you would have a little spare time to meet me for a coffee and have a quick chat about engaging an audience and giving a good talk. I don’t have much experience talking but I think with a few good tips and pointers I could get a good plan together, and not bore anyone shitless. I’m an average 19 year old from sheffield, I’ve never killed anyone, and I’ll even buy the coffee.

Cheers and keep up the good work.

I get quite a lot of emails from people about talking, and have coached a lot of people over the years, so here’s ten pieces of advice on speaking that might be worth thinking about.

1.Never forget that there is always a lot of goodwill focused on you by the audience, who actively want to enjoy what you have to say (a corporate audience can be hard if they’ve been told to sit and listen, but then if you’re being paid to be there you should be good enough to charm them).  An audience does not set out to be bored or confused or disappointed.  The very fact you have the balls to stand up on a stage and talk means you’ve earned the right to be listened to - at least for five or ten minutes, so don’t squander that goodwill be being shit or boring.  You don’t have to be great, or amazing, have the audience in fits of laugher or sobbing at the end - just aim to deliver more than then they think they could.

2.  A well structured and engaging story, one delivered with good pace, will beguile an audience, and they will fall under its spell.  I had to do a short 10 minute talk a few weeks back to some very important people in Soho while they ate their starters but forgot to read the brief, and having no slides (I just had to stand up and talk), I ended up speaking for about 30 minutes.  I felt a bit bad when I found out I’d overrun by 20 minutes, but at the end of the night, nearly all the diners wrote that my talk had made the evening, and they wished I’d talked for longer!  Never the less the bottom line is to leave them wanting more.

3.Try and avoid getting bogged down in too much detail and keep the story running along.  Think of it as a film, with lots of action, and time passing - saving the second by second stuff for key stories.  Climbers are terrible at describing individual moves, focusing on the micro, when they could be focusing on the macro.  Imagine T.E Lawrence giving a talk about his life, would it be best to stick to what we see in Lawrence of Arabia, starting with his death, then his amazing life, or talk about one big battle?  Remember these people don’t know who you are, and where you come from gives context to your story, it frames the defining moments you are talking about.  So keep the story running, and don’t dwell.

4. Have a strong start and a strong end, and having one that loops into the other always works well (like the title of a book being the last line of the story).  My current corporate talk starts with me on top of Ulvertanna, then goes on to tell the story of my life, including some great black and white photos of me climbing in the council flats when I was a kid.  The second to last image in me again as a kid climbing on some scaffolding, then switches to me on Ulvertanna 35 years later - the overall effect one of reflection on the marvellous and crazy trajectory of life.

5. Get your technology sorted.  Learn how to use Keynote (mac) or Powerpoint (PC), how to set transitions (avoid naff ones), the use of video and music.  It’s said that an audiences attention span is their age plus 2 when listening to one person talking, and so the use of short video clips is a great way to keep their attention (50 seconds of music and slides, or 60-second video will reset the audiences attention).  Get yourself a remote as well, as then you can cooly change the slides without people knowing.

6. One thing I really hate are slides with words on them, and I think this tends to be used by poor speakers who either aren’t good enough to articulate their thoughts or underestimate their audiences ability to grasp anything but some glib phrase.  I once spent years coaching a speaker who loves to drop naff quotes into her talks, the type of thing you’ll find if you google ‘motivational quote’ into Google.  Why I hated this was her own story was so much more amazing than the lives of any of these people she chose to include, and so instead of being left with the impression of her story, you just had a bullet-pointed list of psychobabble and lazy thinking.  So don’t underestimate your audiences ability to think deeply about your story, to take away what you say and slowly unwrap it over hours, days or years.  On a movie theme - think more Batman Rises, less Transformers.

7. Try and speak with your own voice, and talk like you’re talking to real people.  Don’t bullshit or act, or say what you think people want you to say.  Most great speakers talk to you like they know you, and use language (verbal and body language) that puts you at ease.  Start talking like a ‘motivational speaker and people will think you’re trying to sell them something.  Have a look at people like Peter Kay, who has the ability to put an audience at ease.  Once they relax into you, you can tell your story.

8. Play with the audience’s expectations.  If you’re talking about climbing mountains, why not start with how you loved playing with lego, or the history of bell ringing.  Right from the beginning, the audience will be thinking “where is this going” and will sit up and listen (of course you’re going to have to be able to tell this story well).  Remember that to be really good you need to both charm and play with your audience, each part of the story leading onto the next, but not in an order that is expected - such as a long list of hard climbs you’ve done.  Imagine telling the story of the Iliad, and the Trojan wars and its aftermath, how the audience would be carried along by its twists and turns, highs and lows, tragedy and triumphs.  In your own story, you must create a mini human epic.

9. Try and make your images fresh and throw in some variety.  Having a hundred pro shots of you looking cool and perfectly composed gets boring fast, so throw in some funny shots, out of focus shots, shots of stuff that has nothing to do with what you’re talking about (and ‘aside’ will help keep people focused).  The slides should act as a signpost to the story - but not be the story.  You should begin to speak about the next part of the story connected to the next slides then change, not make each slide a new paragraph, and this will just make it all clunky.  Images and words should be one long flow.

10. Lastly if you’re given the opportunity to stand in front of an audience you should give it 100% beforehand, making your story, images, tech as perfect as can be - nailing and tweaking until you have a nice, simple, well-structured story that you feel comfortable to perform - not too short, not too long.  But the second you stand on that stage, let it all go, be yourself, be calm, have fun and enjoy being there - as that’s the key to all performance, that that performer loves it, wants you to love them, to make you laugh and think, to make that opportunity memorable, to mean something.