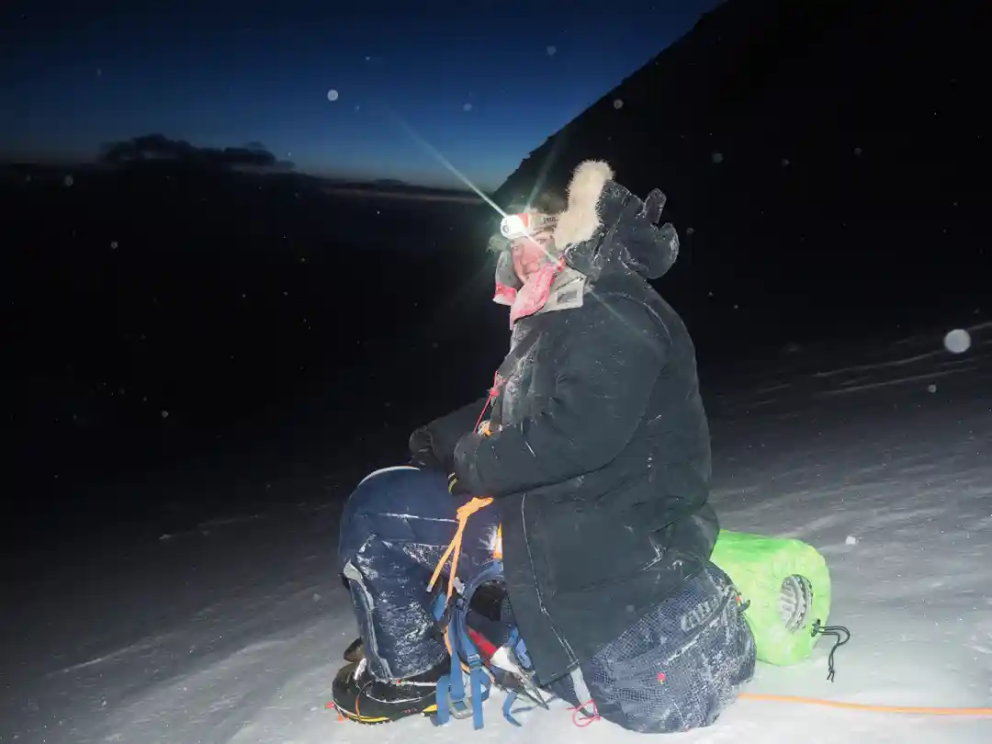 From the moment I met Vanessa, she’s been telling me how much she hates the cold. Part of this was that - like many people - she didn’t know how to dress appropriately - wore too many clothes when she was moving and had no dry clothes to put on when she stopped. I knew it wasn’t that she was just soft, as I’d watched her swim across many a cold lake, including Ellery lake in the Sierra - with ice in it - and jumped into many a cold winter sea.

Irish people are creations of bad weather; their character formed thick like the skin of a hill farmer, so they’ve got toughness baked in (and alcoholism). In Galway (where I live at the moment), people say “the weather’s nice” by which they mean “it’s not raining right now”, an insight into the Irish character, that can be both optimistic and pessimistic at the same time (maybe it’s a catholic thing?). Did she really hate the cold, or was that just something she thought, and that she just didn’t know how to handle the cold (like someone saying they don’t want to go scuba diving as they can only hold their breath for 60 seconds?).

Anyway, the photo above, is of Vanessa above Motor Cycle Hill on Denali around 8 pm in February I think, with the temperature probably around the -40 degrees C mark, and she’s smiling, which ties in nicely with James Baldwin’s line (Baldwin the ex-slave, not the actor): “People who cannot suffer. Can never grow up, can never discover who they are…”