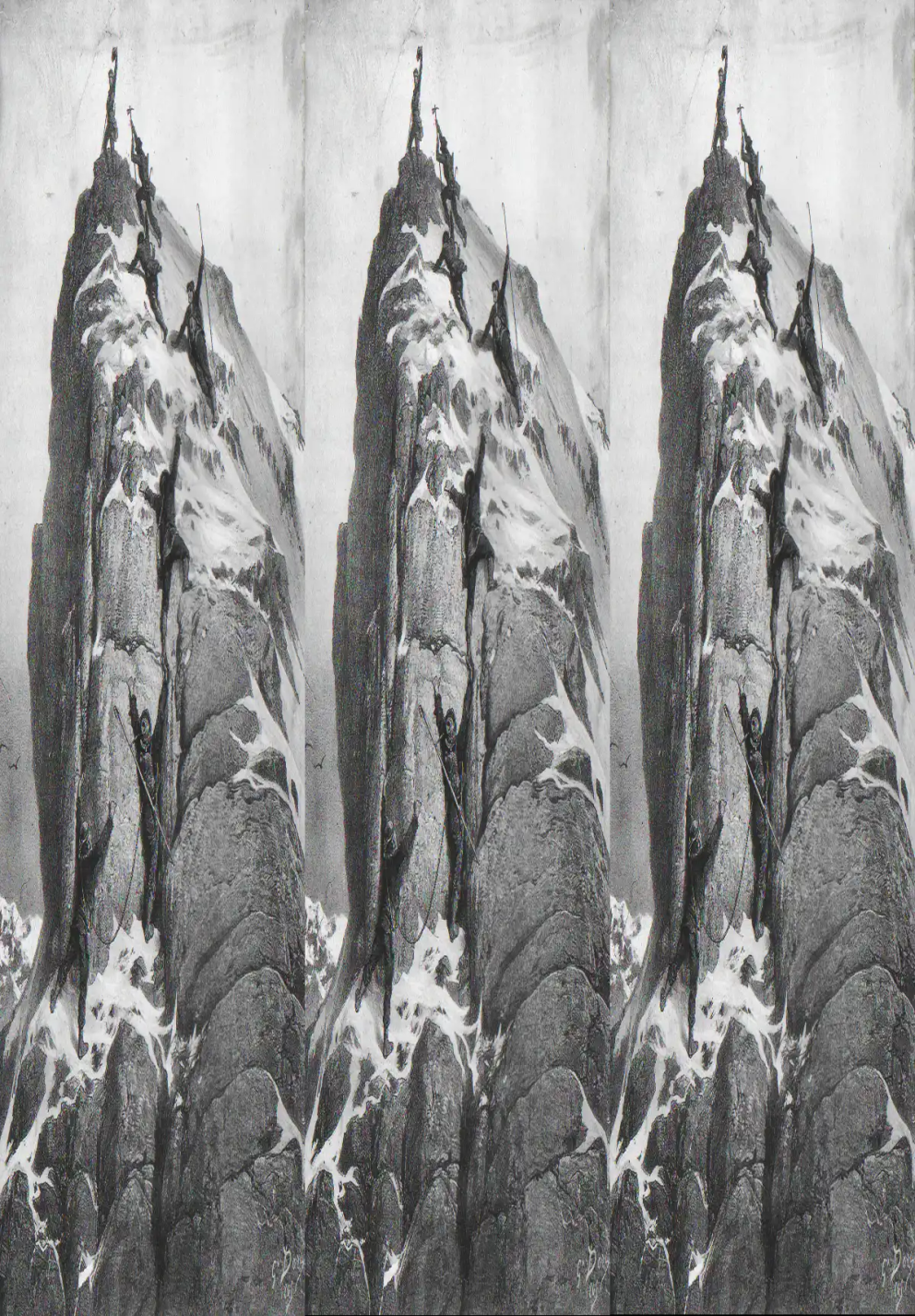 Ten ideas on how to hone you alpine psyche

I was emailed by a climber this week asking if I had any ideas on improving your mental attitude for alpine climbing, which I guess means “how do you feel less worried about hurting yourself and push your limit”.

So here’s a brief rundown of ideas on how to make you feel Silva Karo.

I struggle with my alpine psyche just as much as the next climber, and having children and partners and parents who love you doesn’t help.

This was brought home to me this year climbing Zodiac with Ian Parnell, who it’s fair to say was one of the most “balls to the wall” climbers Briton’s ever produced.  Yet on a climb that was way below his ability (having climbed Zodiac in a day, as well as Wyoming sheep Ranch and Aurora) being a father put a big dent in his psyche, and this man who’d led A5’s and more chop routes than anyone I know, was turned into a semi gibbering wreck on a pitch he’d have flown up before his daughter had been born, something he freely admitted too.

All of a sudden all he could see were ways to die, not a nice frame of mind.

Most of the best alpine climbers - with a few exceptions - aren’t parents.  They are fully married to climbing and have very few things to hold them back in their passion.  This means they remain more focused and are less weighed down by thoughts of responsibility, plus they can climb more further improving their alpine psyche.

The top British alpinists are slowly slipping away to the pressures of fatherhood (Cross, Parnell, Powel, Benson), while those without kids are pushing on (Bullock, Bracey,  Helliker).  If you are a parent the there are some climbers who do manage it (Pretzl, Fowler, Turner), but it’s never easy, although it does give you that ‘fowler-esque’ drive to make every second count when you’re on the hill.

But anyone who has kids knows, the sacrifice of ice and snow is one well worth it.  Sure it makes life harder, and put a dent in your climbing, or crush it all together, but what you gain WILL be worth the sacrifice, even if it doesn’t always feel like it when you’re pining for the mountains when sat at the ball pool.

It’s very easy to get into a very negative frame of mind about alpine climbing, seeing only the hazards rather than the beauty.  This mental picture weighs down on your psyche, colouring your alpine dreams with dark hews that just aren’t there in reality.  If all you see are crevasses, avalanches, rockfall and storm then you’re in a bad place.  Sure these things are there, but they minor players in the brightest most beautiful playgrounds on the planet.

Reading books by me or Mark Twight would probably give anyone the willies about alpine climbing, and although they are perhaps good texts on the mindset of climbers pushing their limit, they tend to be quite bleak.  Read books by Rebuffat and Bonatti to find the romance that is alpine climbing.  For me and Twight alpine climbing is a one night stand, but for these guys, it was a courtship.

Twight said that the fitter you are the harder you are to kill, and this probably more than anything has the biggest effect on your psyche.  If you climb technical objectives (rather than cardio ones), then I’d argue that actual fitness was less important than people image, and just being able to climb Scottish V and rock climb Severe in plastics (with some jiggery-pokery) will a sack one, and all day will get you up most ED routes in the alps.  What’s important is that you feel as fit as you can be, meaning training hard before you go.

Training for alpine climbing is like no other training and is best done by pushing yourself as much as possible, and in as many ways as you can.  As a starter, I’d focus on building stamina (mental and psychical) as well as strength.  If I was to set out the best training you could do I’d say it would be a combination of triathlon type training mixed with cage fighting training!

Many people say they don’t have enough time to train, but one hour a day of really intensive training is all you need, and by intensive I mean training that makes you want to puke.

One month of this type of training before a trip will really iron out any self-doubt.

I’ve met a few SAS guys over the years and the thing that impressed me was not their ability to get difficult jobs done, but their ability to never stop training for those jobs.  This meant when the time came to do something dangerous they knew instinctively what to do, both as an individual and as a team.

This carries over to alpine climbing, meaning practising as much as possible the techniques and systems that you’ll rely on.  Once you have a technique in the bag you will feel confident you can do it and that confidence will increase your overall confidence.  If you’re into big easy easy routes this may mean training your rope techniques, moving together, self-rescue etc to the point that it’s second nature (trying to remember how to tie in short on the Frontier ridge isn’t great).  For harder alpine routes practice jumaring (with prussics, tiblocs, ropeman, jumars and belay devices), aiding, hauling, simul-climbing, self-rescue and bivvys so when that time comes you’re not learning it on the job.

6. Get a good partner

It’s possible to climb hard with a partner you’ve never met before, but building a good partnership is the ideal.  Like Posh and Becks and a strong partnership is stronger than both parties combined, plus a partnership that trains together stays together.

If you’re struggling with your alpine psyche it may be worth asking yourself if you really want to be alpine climbing in the first place?  Maybe your a rock jock and would be better of doing big safe alpine bolt ladders, or Via ferratas or big walls and leave all that snow behind.  Maybe skiing would scratch your itch, or perhaps just a spot of nice alpine bouldering would do it for you.  Are you alpine climbing because that’s what you feel you should do next?

Climbing with much more experience climbers can be a big shot in the arm for a climber, giving you the opportunity to watch and learn from someone who’s already learnt from their mistakes.  Also tackling a much harder route on a top rope can put harder climbing into perspective.  Employing a guide for a day or two in the UK or alps is well worth it (make sure you get a guide who’s willing to teach you, not just drag you up a mountain).

The alps is an amazing place.  It’s also a place you can go climbing.  By which I mean it’s worth seeing the alps as more than just mountains to climb, because 9/10 you won’t be able to climb them.  Explore the trails on foot, searching out amazing vantage points.  Ski up to huts for the night.  Explore the range on a bike.  Go canyoning.  Paint a picture.  Do anything to make your alpine trip full filling.  You may find that the less you need the tops of the mountains, the nearer they come.

Alpine climbing is a mug’s game.  It’s an expensive and often fruitless search for the irreverent, filled with limitless frustration and unsatisfied desire,  broken dreams and nightmares fulfilled.

Do you still want to be an alpine climber?

If the answer is YES then you’re psyche’s passed the test.

Right time for a run.