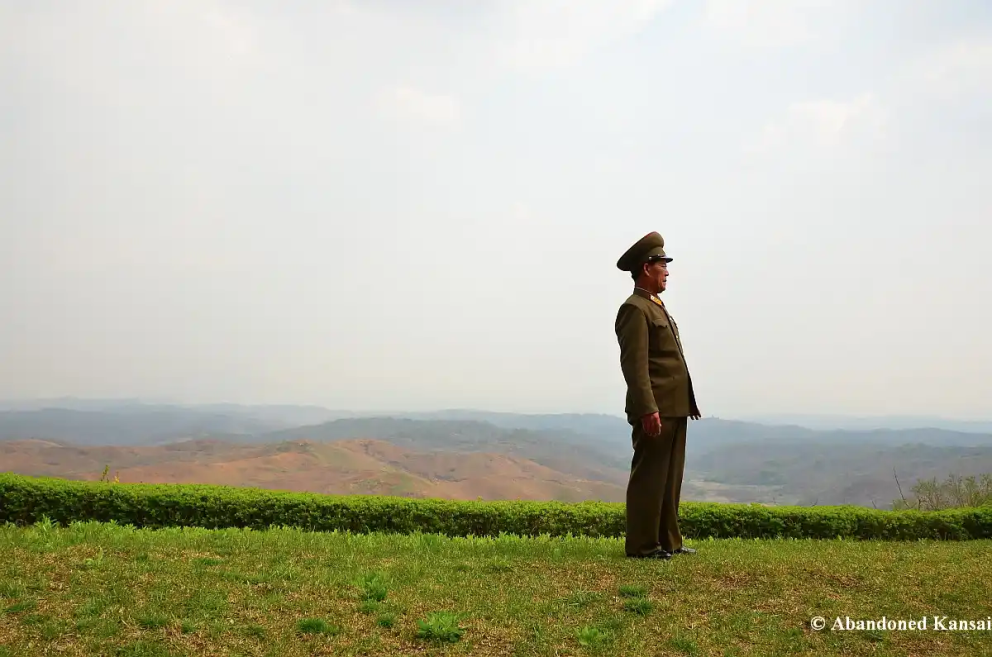 Once heard a story about the North Koreans building an invisible wall, 5m high, 10m thick, that ran for 240km across the DMZ, designed to protect its people from the South. It was said that North Koreans would look out at this invisible wall & believe it was there because their Supreme Commander said so. Doubt leads to hard labour.

I find people who scoff at the idea of self-censorship & control, lack self-awareness because we all do it, it’s how we survive. Although we’re parroting our own particular Supreme Commanders & their & organs, we doubt we are being controlled because it is the only position any right-thinking person could take.  To even question or doubt, to ask for proof of invisible walls, that makes you suspect, even to yourself.

In Ireland, people don’t self-censor, & the other day, when an 80-year-old relation was mugged, a mugging that kills the old slowly, makes them a prisoner in their homes forevermore, the angry consensus was it must have been a “traveller, or a Lithuanian”, an open conversation I doubt people have in the UK, where even mass murder would not even draw out the words “Nigerian” or “Somalian” from polite society in search of an answer, only “Brexit” or “austerity”. A MET officer told a fear of being seen as racist empowers gangs, not to respond to the problem, but instead to do & say & think & act in a way that allows them to get on. But it’s not, a means without ends. It rots society, well society that cannot afford private security (the poor always suffer for our high ideals).
-
Do these words make sense to, or are they ridiculous?
-
I saw this morning that a senior policeman has been suspended for using the term ‘Whiter than white’, the charge against him, the “use of language deliberately intended to offend & that had racist undertones”. They caught the mugger. He was a traveller.

Turns out the invisible wall exists, 5m high, 10m thick, 240 km long. Invisible to the free world due to earth being banked all the way to the top of the Southside, meaning South Korean soldiers could easily walk up to the top. Like many such walls in the last two centuries, the blocks were bigger on the inside.