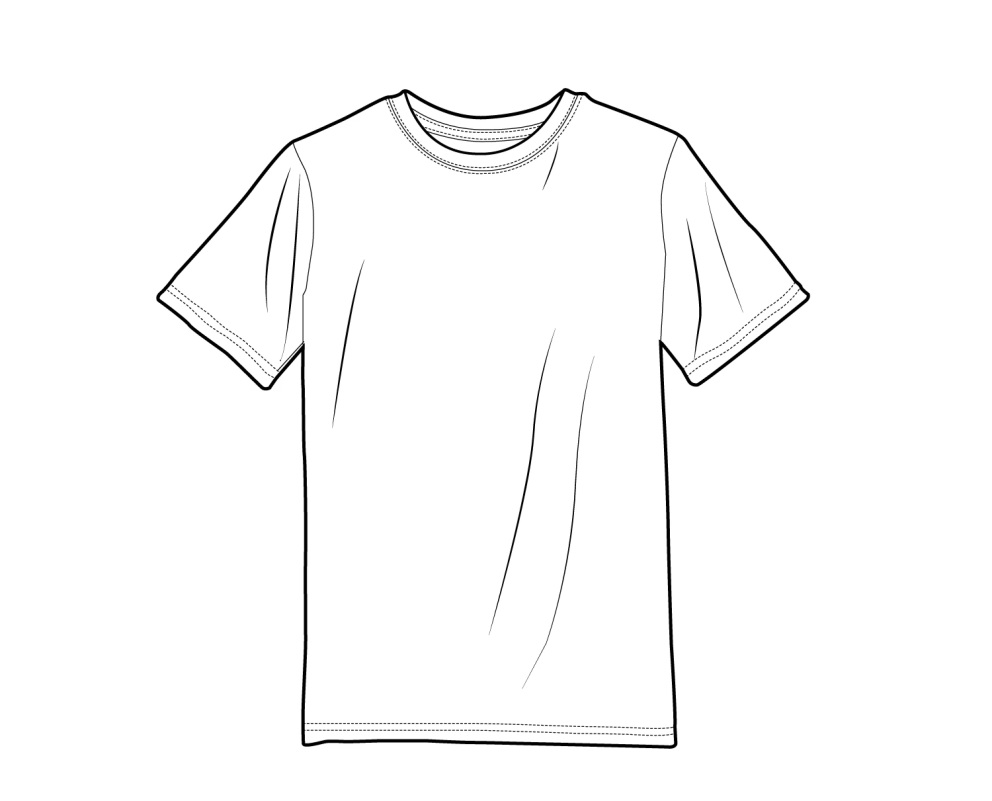 When beginning a journey into performance clothing, it’s worth starting at the bottom, the fundamentals, the basic everyday stuff.

The reason is essential to understand why things are the way they are - as in, the heel on your shoes is a throwback to a time in which they had to lock into a horses stirrups - as this allows you to identify what’s essential and what can be ignored, or designed out and left behind.

For this reason, I’m going to start with perhaps the most ubiquitous item of clothing of the modern period, the t-shirt.

The history of the t-shirt, like the history of all clothing, is not very precise. Although it could be argued it’s a development of the tunic, better suited to hot weather, it’s generally viewed as being the bastard child of the ‘union suit’.

The idea of having an everyday all-in-one item of underwear that you button yourself into, complete with a button drop-down bum flap, might sound strange to the modern mind - unless you’re a deep-sea diver or student - but less so to some living in the 19th century, where central heating was called ‘the sun’.

Patented in 1868, the union suit was originally aimed at women, the obvious reason being that women feel the cold more than men (women have a lower metabolic rate and so get colder faster). It also allowed the maximum level of warmth for the minimum amount of fabric (one piece of clothing is always warmer than two), removed any overlap at the waist, meaning it was more ‘slimming’, and provided a good deal of comfort or bang for the buck.

Made from wool flannel at first, the single-piece item removed the need for some way to keep your pants up, so no need for a waistband, belt or braces, which becomes an important detail if the fabric was to become wet (try wearing a pair of sodden wool long johns or knit yourself some swimming trunks to see the problems with wool).

The union suit was originally a winter item and soon became popular with men, especially working men. It was not unknown for people to don their union suit at the start of winter and wear it until the end - without taking it off once. Such people might even sew themselves into their suits, probably to reduce the chances of losing a button (later designs would be aimed at ‘bachelors’ that did not feature buttons).

The probably with any one-piece item of clothing, be it wind or down suit or a fleece onesie, is that once things warm up, their lack of versatility becomes apparent. This was true of the union suit, and as the spring came around, people found they wanted a two-part system, which led to a splitting up of the suit, leading to ‘thermal underwear’, the top and long johns (note: the word ‘thermal’ is subjective, as any item can be thermal, from a sheet of newspaper to a brick wall, and so it’s best to think of this layer more as a ‘base layer or next to skin layer).

It’s worth noting that underwear was meant to be hidden, generally under a shirt, and so seeing your underwear on display tended to mark out the lower class, the manual labourer, the workers who had the hardest, hottest, most nasty jobs (the naked worked, such as the coal miner, the sewage worker, the prostitute, was - and perhaps still is - viewed as perhaps the lowest of the low).

The union suit became the thermal top, and then I expect the more sleeves were rolled up as the temperature rose, the less they were deemed necessary (sleeves can be a hindrance during heavy labour), and so become short, leading to both the short-sleeved shirt (the t-shirt, the’ t’ coming from its shape), and the sleeveless vest.

By using knitted jersey cotton, which was more stretchy than flannel, it was possible to do away with buttons, which added cost and complexity to the top and create the now common five-piece low-cost product (cheap to make and sell). This led to the t-shirt quickly become the uniform of many factory workers during the industrialisation of American. Although no longer common - but a good demonstration of its social standing - was at the time this style of clothing was commonly identified as ‘skivvies’.

It’s worth noting that the vest, or ‘singlet’, is an even simpler item of clothing, as it is made from just two parts and perhaps only serves the purpose of hiding one’s nakedness. This piece of clothing, probably due to meagre cost, as well as the kind of work being undertaken, became identified with immigrant labour in the US, such as the Italians. The term ‘wife beater’ came from this period and was a kind of slur again the lowest of the low, who not only wore underwear but no doubt beat their wives.

These two pieces of clothing, or thermal underwear, were also adopted by higher-paid workers, worn as undershirts, both in winter (wool underwear) and summer (cotton). Their chief benefit was not their thermal abilities, but the fact they were easier to wash (remember we’re talking hand washing here) and cheaper to replace (the granddad collar served the same purpose, as it allowed the collar of a shirt to be removed and washed rather than the whole shirt).

Word War 2 and beyond

The infantry soldier and sailor, being working men, were issued with t-shirts, or ‘skivvies’ during the war, originally designed to be worn under their combat shirts or uniforms. But in the Pacific theatre, with high heat and humidity, the t-shirt soon became its own uniform. Proof of this was how the early issued t-shirts were white, but how very quickly they changed to olive green, as a soldier wearing a white t-shirt was an easy target.

WW2 was a boom time for photojournalism, and so the image of soldiers wearing t-shirts, on the beaches, in submarines, and while at both work and play, seeped into both the consensus of America, turning the ‘skivvy’ into a less of a uniform of the worthless, but of the worthy, the brave, the industrial.

Post WW2, I suppose the t-shirt became a counter-culture for the same reasons, as it was the clothing of the underdog and the outsider. It’s strange now to imagine the impact of seeing a Hollywood movie star like James Dean wearing a t-shirt in Rebel without a Cause or Brando in The Wild One, or a vest in A Streetcar Named Desire, something Humphrey Bogart or Cary Grant would never have done. But soon, you’d even see John F Kennedy dressed in just a t-shirt (Kennedy had also been in the navy, and so was no doubt already a fan of the t-shirt).

The elevation of the humble t-shirt by Hollywood and the new cult of film stars and celebrities, primarily to global youth, meant that both rock and roll, blue jeans, and the t-shirt soon became global must-haves for young people.

Secondly, the price point and the ability to mass-produce them anywhere, in every colour and size, and with limitless designs or branding, meant that the t-shirt also became the de facto uniform of the baby boomers.
And so, what was once hidden from sight in one century, later to become a badge of one’s low position in society, became the global uniform of the human race, with over two billion t-shirts being manufactured each year.

So the question is, how does the t-shirt measure up in terms of performance clothing, especially for climbing and mountaineering?
Here are some points to consider:

The use of a vest that is designed to provide the maximum level of performance, such as a polypropylene net vest, or a t-shirt, does allow you to have a very effective next to the skin layer under fewer technical layers. This is a way of focusing the greatest degree of performance at the performance coal face - i.e. your skin, rather than focusing all your attention to perhaps the least important, which would be your shell. This, of course, is a switch-around from the norm, as you’ll often find someone wearing a $500 shell over a crappy $10 base layer when a $100 shell over a $30 vest/t-shirt might be better.

The t-shirt is an iconic item of clothing for a reason because, like jeans, they’re low cost, easy to look after, tough, casual and yet - if good quality - can last for many years (I have high-quality Patagonia t-shirts I wore to death, and then handed them on to my kids, who still wear my ‘retro’ fashion). But, in terms of pure performance, what makes the t-shirt so practical also gives it a low score compared to better other options, including technical shirts and long sleeve tops.