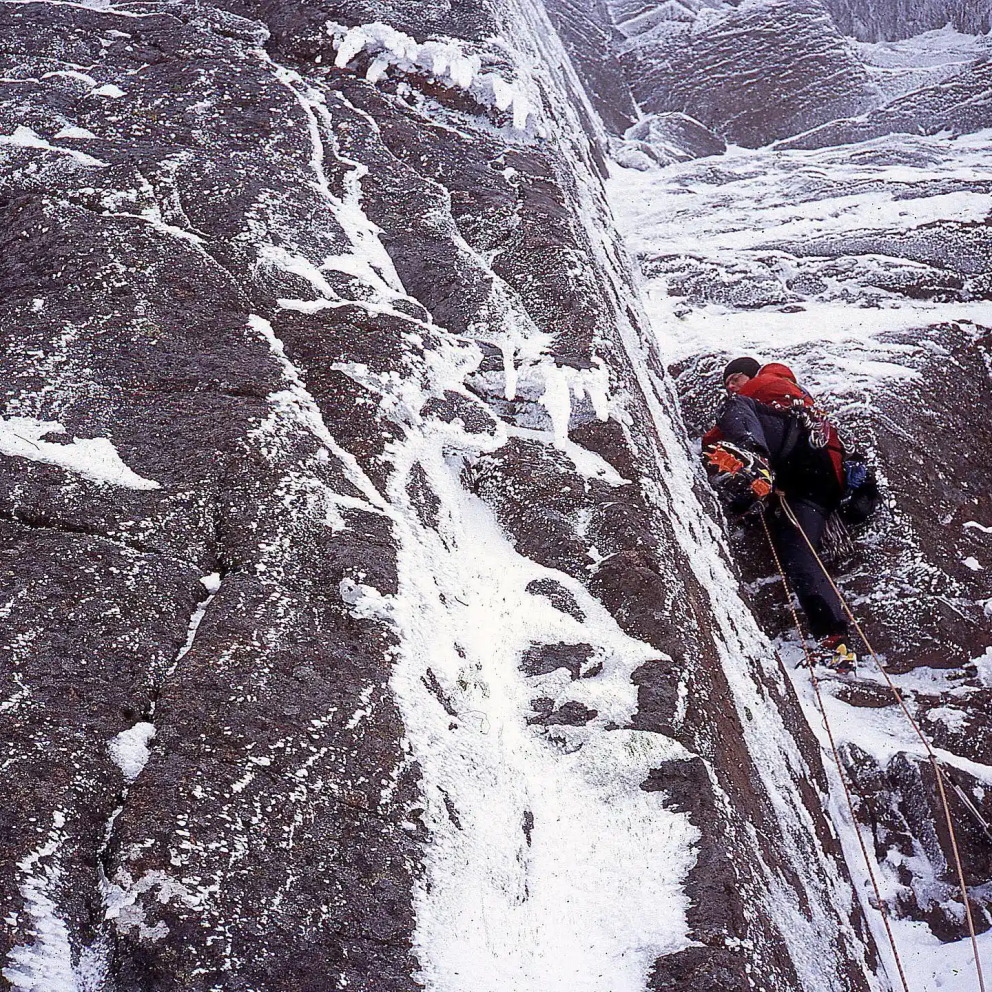 This random photo is the wrong way round (life’s too short to flip it), and is me linking the first two pitches together of The Vicar, some Scottish VIII or maybe IX. What was funny about this day was that I’d agreed to try and get some shots of a new, very lofty @patagonia down jacket. Ian Parnell led the meat (with an extra serving of meat) of the route and I seconded it wearing the jacket. Now maybe some sports science persons will contradict me, but wearing an 8000 metre down jacket on a seriously steep and gymnastic (a fancy way to say pumpy), a pitch like that was not conducive to performance. My performance was very poor, like someone tumbling down a winter climb, but only in reverse, much slower, and with more screaming. I do think I did get some kind f record that day, for being the only climber to come close to heat stress (that’s what they call heat exhaustion in these parts), on a Scottish winter route, but I think I’ll be the last. The other funny thing about this picture is that I’ve not got a helmet on, and I think I’d probably forgotten it, broken it, or just lost it (note: a white helmet is hard to spot in winter if you drop it down the crag). Not having a helmet on was not ideal, my head feeling baby soft as Ian’s crampons nashed and bit at the rock above my head. Ian always had this amazing ability to look like he was just about to fall off, which when you consider he’d taken 25 ground falls by then, was not an empty threat! But this day he somehow hung on to the top (Ian is the Bumblebee of British climbing, in that he used to look like it was physically impossible for him to leave the ground, but somehow he did - often to crash back down in a bone-crunching thud not long after). Anyway, I thought I’d share this not very exciting photo (well it’s not a peg or a spoon), not to slander Mr Parnell, who’s big on the Park Run scene these days, but because I think, as climbers, we’ve come a long way in the last decade or two; starting with the Petzl Meteor; that - like the seatbelt - for many climbers, not wearing a helmet is like not wearing a seat belt; that without one you feel extremely exposed; probably because you are!