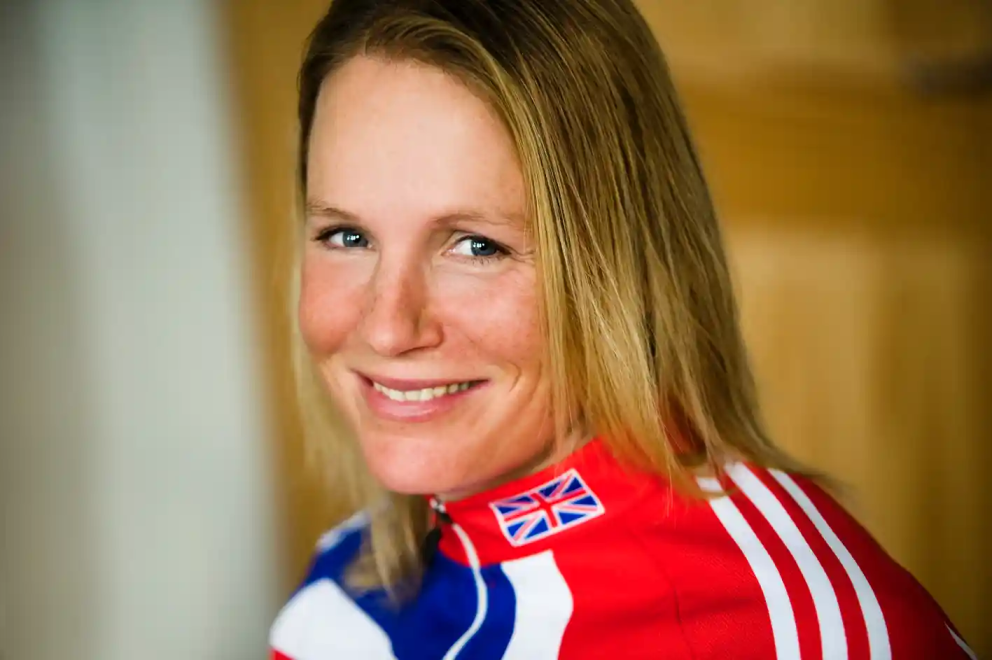 The last few days have been a revelation to me - the kind of days that seem to come straight from the pages of a book.

I’ll keep the story short, as it’s not my story, but I guess the person involved would never see it as anything special; which is a shame, because for the rest of us, it’s something to hold onto when times are tough; one of those stories too good to be true (like most of mine - except this one is).

Anyone who’s seen me talk over the last few years will well know my long suffering partner/girlfriend is the amazing Karen Darke.  About sixteen years ago she fell ten metres off a sea cliff and ended up in a wheelchair.  After a year of learning to live again, she decided the road to mental wellbeing was the road itself, but to travel it she’d need a bike.  Sixteen years ago disabled people were still in the dark ages, and with no hand peddled bikes on the market she decided to get someone to make one.  The bike in question - built by hand in scotland - is a sort of reclined seated three wheeler recumbent, with hand cranks rather then peddles.  The thing looked pretty funny - you know the type of thing you’d expect a disabled person to peddle about on; not sexy, or cool or amazing.

But for Karen this was a revelation, and with it, she escaped her wheelchair and kickstarted many adventures (hand biking over the Himalayas being the high point).

Within a year Karen had completed the London marathon in a racing chair (she bought a racing chair before a wheelchair), but wondered if there were any bike races (biking is much more fun than wheelchair racing).  Searching around she saw a race in Switzerland and entered it, travelling over by train to compete.

This is where the story gets a bit sad. With no team with her, and no money, instead of staying in some swish hotel, she slept on the train platform on her Thermarest, and made her way to the start line the following morning.

It was here - a bit like a caveman meeting people from the future - that she realized she’d made a big mistake.  Instead of fleece wearing, bobble hatted riders on homemade bikes, she discovered a field of Oakley wearing athletes in lycra on speed machines.  She realized this was sport - not fun.  People began to laugh at Karen’s primitive bike; being no Graeme Obree homemade record-breaker.

The race started and Karen was left in the dust, left to come in last after a lonely circuit.

It was probably at this point that Karen decided that this wasn’t for her, and instead chose the easier options; like skiing across Greenland, climbing El Cap or kayaking from Canada to Alaska, stuff that just needed a stubborn attitude and the ability to not give up.

The years passed, then a decade. Karen is in her late thirties and watches the Olympics on TV, watches Rachel Morris from the UK win a gold medal on a hand bike.  Somewhere inside the question was asked, “Could I get good enough to get to the Paralympics?”

For an athlete, Karen is over the hill, plus she’s never riding in a real race, her bike - although not homemade now - is a morris minor compared to the carbon fibre speed machines people race on now (12,000 euros each!).  She was left behind once, now the field is fierce - pro teams that are well supported and funded with full times athletes.

But if she was to try, she would have four years to get better, to get good enough not to win medals, but just to compete.

In a lifetime of stupid ideas, this was the most stupid.  After all who has the balls to even imagine themselves as being good enough to be an Olympian?

Never daring to admit this fact, or this goal, Karen began to train.  She bought a better bike and she started hitting the streets doing long days and many miles.  She began going to the gym and lifting weights.  Did she get better?  Well a bit, but she was training like anyone would with no background sport-specific training ie badly; too much of the wrong thing (pig farmer training I call it).

Then she entered some UK races and began to meet proper racers, mostly guys, who travelled wherever races were held.  They’re an intimidating bunch, the types of guys who would make good wheelchair bouncers, their bikes looking like something out of Mad Max, souped-up hand bikes.  You could even go as far to say it was sexy.  Going to these races I could see that this was a serious sport with serious riders.

This is an important point, because no matter what people say when it comes to the Paralympics, the majority of people - deep down - believe it’s not the same.  It’s about being inclusive, not about showing the best in sport. Well when it comes to hand biking I guarantee Lance Armstrong would be eating dust against these guys, because it’s just not natural to go that fast powered just by your arms.  This was a sport that should be on the tv.

When Karen entered the series she was as novice as a novice could be, and on the first race, we had to ask a 12-year rider how much pressure we should put in her weels (or should that be tires?).  The biggest problem was Karen had no competition in these races from other women, as Rachel Morris wasn’t competing at the time.  Instead, factoring was used to give Karen an advantage against the men, and she raced them instead.

In every race Karen came first, second or third, which was always a hollow victory after all the factoring always seemed to give too big an advantage, and although she pushed hard, she was always left wondering if she was in fact any good.

I think it was around now that Karen could probably have dropped that dream.  Worse still was the next step was to race in Europe.  Here she would race against other female racers who were strong.  She probably feared a repeat of her first race.  To be humiliated once is bad, to go back and be humiliated a second time is really bad - and stupid.

It was time to either commit or to just step back.

Another problem was Karen had hoped she would get good enough for UK cycling to spot her and take her to the next level, giving her a more formal - and effective - way of training.  The word was out that they were looking for talent for 2012.  A few hand bikers - including Karen - were invited down to Lancaster to do some tests, but Karen found her performance was poor. She was asked to show her power by sitting in front of a hand crank with nothing for her back to push against, something that’s almost impossible with no abbs.  Very often able-bodied people just don’t get it.  In my mind - anyone who can do 4000 pull-ups in order to climb el cap, or push herself 500 miles across the Greenland ice cap has more than enough strength.  But no call came from UK cycling.

As is often the case fate played its part, and Karen met John Hampshire, a coach from Aberdeen who wanted to take her on as a project.  All of a sudden, instead of just going for miles and miles, Karen’s training became formalized.  She got a heart rate monitor and a turbo. She learnt her max heart rate and her lactic threshold.  Now nights were spent on the turbo giving her body hell - while watching crap tv on iplayer (basically anything with Andrew Lloyd webber).

She began to go faster at races.  She was still a ‘club runner’ but could now see her potential opening up before her.  All she had to do was put in the effort.

I think she began to believe that maybe if she kept getting stronger then UK cycling might change its mind, and she might get to the Olympics after all.

Then one night a few weeks ago, trawling hand bikes websites, looking at rules and regs, she spotted the fact that in order to go to the Olympics she would need to compete in Europe and win, and the cut-off point was the world cup in a few weeks time in Spain.  If she missed it that would be it.  No points; no entry. Her dream would be dead.  She found the website and checked registration and saw that the cut off date was the following day and that she could only be entered by her country.

Frantic ringing around and badgering saw UK cycling put her name forward as an independent rider, tickets were bought and so began a few weeks of real tension, I think Plato called it an “Oh fuck” moment.

It had been twelve years since Karen had competed in Europe.  Now she had to race well if she was to have any chance of going to the Olympics, and she’d be up against the pro-female riders of Europe.

I knew two things could happen, either her dreams would be shattered and she would realize that she had been fooling herself all along - or she would prove to be a contender.  From the moment she bought the tickets for both of us to go to Spain, I knew the chances of the latter were as slim as me soloing Everest without oxygen.  I began working through what I would say, how I would try and make her feel better when she would reach the finish line last, her eyes full of tears, trying to hide her utter disappointment.

I knew it was the type of blow you never get over.

I won’t bore you with the details of the race, or how amateurish we looked just turning up (most teams were huge, with mechanics, masseurs, dietitians), but the lowlight was - having no turbo to warm up on - I ended up squatting down with Karen’s front wheel braced against my thighs as the seconds ticked down to her start.  Everything was against her doing well.  Everything but who she was, what she had done, and how stubbornly she’d held onto her dream.  My best analogy, as I watched her line up with a fearsome pack of woman, was it was as if she had held onto the string on a balloon, and now she was so high the fall would be unimaginable.

I said I’d keep this short - but guess I failed.  Anyway, Karen held on tight to that balloon and floated down with two bronze medals.  Her dream is still alive, and I think the world is a better place because of that.  She inspires me - and even though I know she’ll be mortified that I wrote this - I think she can inspire others.

I’m off to Yosemite this week.  Twice I’ve tried to climb El Cap in 24 hours (via Zodiac and Tangerine trip) and failed both times (the reasons are many, but I just think of myself as too slow).  With Karen’s story in my mind, this time I’m going to (not try to) climb it in a day solo; it’s a big balloon I know, but you’ve got to dream big haven’t you.