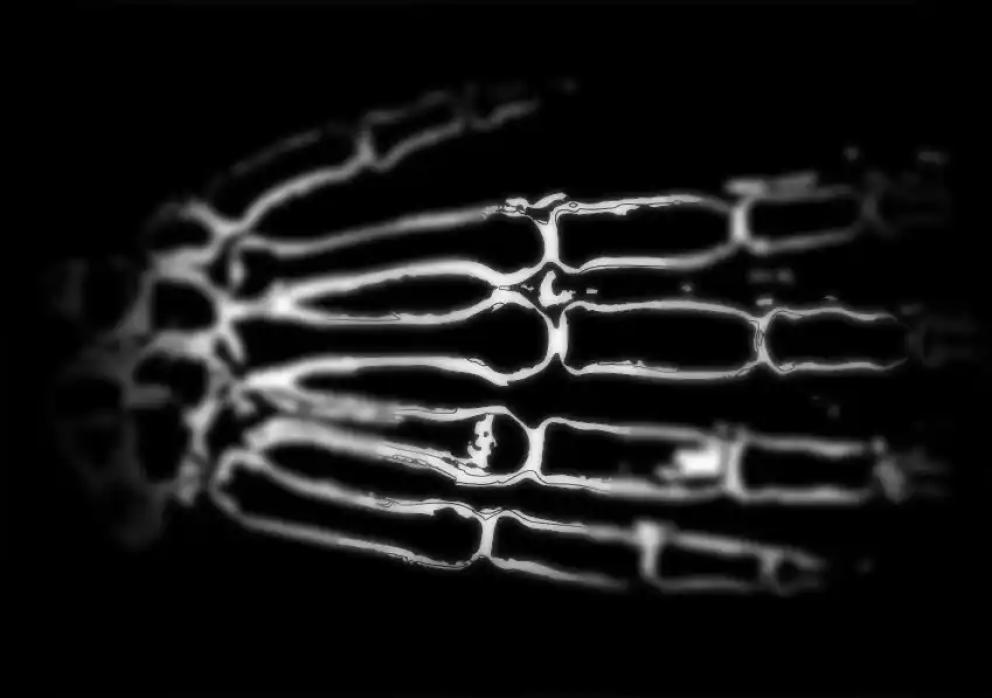 The following is part of a novel I’ve been tinkering with for over twenty years called ‘The Bear Pit’, a book that deals with the subject of obsession and the darkness that often drives it. I’ve been lucky enough to meet many talented people, watch how their lives evolved, sometimes positively, often less so. It seemed that to be gifted - like Achilles - to be a flaw, a curse, because, for most, they could see that gift was squandered, burnt up by worthless distractions and obsessions, and it was only when it was too late did they sense what had slipped through their fingers.

Still dark the old man threw what was left of last nights pig to the dogs who tore it over at his feet, fighting in the black leaves still bloody.  He stood for a moment and wiped the wetness from his butcher hands, before the dawn cold stole what heat remained, ready to kick any dog hard who mistook his boots for breakfast.  It was silent beyond the meat, the trees still and listening, and only half awake he forgot for a moment just where he was, his thoughts back to another time, beyond this dark Eastern wood, before the blood.

He allowed himself to wonder where she was now, a weak thought he knew, an old question, so old it could do no harm to him now.  He imagined that warmth for just a moment, wondering if any man felt it now, or if only the cold wormy earth touched her skin, that body so beloved now so long ago.  His thoughts drifted on, around time, a merry-go-round, that began to light deep in the dark space of his mind, began to move as it all came back, that music of a past, the sparkle of memory.  “Stop,” he said, squeezing his eyes shut, instantly dark again, only the sound of teeth and growl, the offal fighting at his feet.  Returning to the fire of twigs, he sat down on a rock still warm from the night’s ashes and took out a rough leather pouch of tea, breakfast; one cup for him, one for the boy, who held out his wooden bowl still shivering.  Across his knee rested his rifle, the boy eager to be gone.

The old man looked at the damp blanket wrapped around the boy’s shoulders, remembered what it was to be young, to care about the cold, an empty belly, to want more than one more day.  The boy looked at the old man’s face, as cracked and silent as the trees, as his thick barky hands took a knife - worn thin by sharpening - and dipped it into a tired leather pouch of tea.

Even in the half-darkness of flickering light, the boy could see the man’s eye’s bright, like the green stone seen once around the neck of a merchant’s daughter, a trader in wild animals from the city, her skin clean and white, him poor and invisible in the mud and the rain as they passed by on horseback.  But now he had a gun and the old man’s bullets.  Soon, in helping this man of the woods, he would learn enough to go back and be someone no longer invisible.  He watched as with steady concentration the old man’s knife was drawn out of the pouch, a finger’s blade of tea for the boy, then two fingers for himself, noticing for the first time how the edges of the pouch were sewn up with faded pink thread.  The boy smelt the hot water, the old man moving his knife back to stir, when silence came over their small camp, the dogs ceasing to fight over the meat, the silence of the wood moving close to the fire.  The old man turning his head to listen while the boy took a hand and gripped the cold barrel of the musket.  There was something close.  The old man looked at the boy, to see what fear he had, but then it was gone, the dogs taking back up the fight, as he dipped his knife into the boy’s bowl and stirred up the tea, the hot water tasting of blood.

The boy followed the old man, not sure where they were, the dogs close by, running then stopping, running then stopping, sniffing and searching, the ground steep and slippery, a light rain laying down wetness over damp.  Nothing was ever said, each rusty trap checked, some un-tripped and empty, some tripped and just as barren, the only game good enough for their own pot, not good enough to catch coin for the old man’s pocket, not the prey they hunted.  Besides a dead tree, the old man crouched as if to hide, and for a moment the boy thought that perhaps he needed to rest, his own body eager to stop. Instead, he silently pointed out a large golden fungus, so bright in this world of wet grey.  A little afraid the boy stepped back, but the man reached out and stroked it as if it was living, as if it could feel his cold touch, fingers up then down, slowly while the boy watched.  Then with a grunt, the old man prised it away from the dead wood and slipped it into his satchel.

In the late afternoon they reached the river, an old familiar rock like a cat the only feature the boy recognised from the week before, staggering under a load of steel trap and chain half the weight the old man carried, hips and knees aching for days afterwards, his feet bloody in his felt boots.  They stopped for a while as the dogs ran around and the old man standing for an hour just looking down into the water, the roar a break from the silence of the trees.

They found the bear an hour later, front paw mangled and bent in the trap, black fur wet with the struggle. Another hour and it may have chewed off its leg.  The dogs circled and barked, but stayed clear, knowing their place, while the old man and the boy crouched fingers on their triggers, the bear’s eyes on them as it panted down to its death.  With a nod and barrel point, the old man pushed the boy forward, and forward he went, his heart louder than the dogs, the trees bending over and circling the prey, the trigger, the bear, the site, the bullet, the thick skull, the brain. He raised the gun and felt the smooth perfect arch of the soft trigger and imagined it the neck of the merchant’s daughter, his finger tracing a line from her jaw to the green stone.

They skinned the bear, the boy helping yank it off as it swung heavy and dead in the tree, its insides hot and steaming at their feet, the dogs not interested, still licking where its brain and skull lay.  The boy smiled as he worked his hands like the old man had shown him, felt the embers of the beast, slipping his knife and fingers between its inside and out, the cold forgot.  The boy knew he’d done well, even saw a smile on the old man’s face, a small nod, still felt his hand on his shoulder as he knelt beside the bear and ran his fingers through its fur, aware of some small unexpected regret.

The beast stripped, fur rolled up to be carried home, the old man took the boys arm and led him back ten feet, to let him look with some distance to its corpse, not the butcher’s view, but the whole.  He turned and saw not a beast but the body of a woman, naked and white and skinned, and screamed.  The old man laughed at this trick that dead bears pull on all hunters new to their meat, the boy’s shock one he had shared many years before when like him he’d killed and skinned his first.

On the way home the dogs picked up another scent, and close by the river they found her cub, biting it half-dead before the old man and the boy pulled them off.  The old man smiled again, this lucky day, his boot on its throat as the boy bound its jaw and legs, then lifted it up onto his back to carry, in doubt the old man would get a good price for such a beast.

All the way home there was sound now, the spell of the woods broken, magic no more no place for stories that scared young boys, but a place for the taking by men.  The old man walked in front and thought about a letter he may ask someone to write as the excited dogs barked at his feet, the boy singing along to the soft moaning of the cub, thoughts of the coin that would soon be in his pocket, and of a girl he would never have.