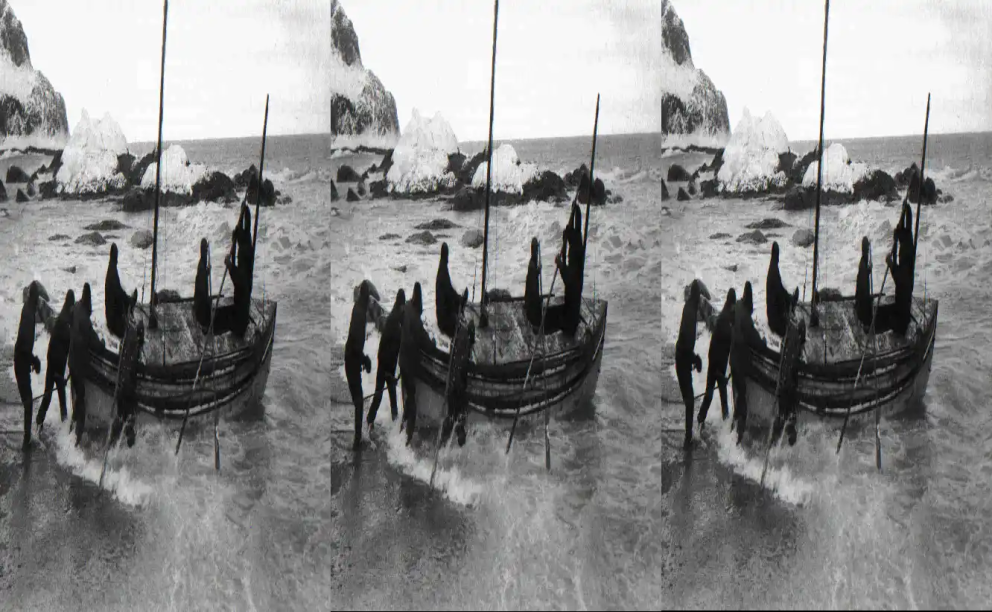 The Boatman of Kinsale

I visited the tiny Irish village of Kinsale yesterday, a sunny autumnal day,  one which feels as if it could be the last hurrah before the darkening Atlantic folds in over the land and the winter rains begin.  We walked along the coast path, holding hands, past ruined forts and boat yards,  secret coves and memorial benches, past fisherman working in their boats, hooking in pots of crab for someone else’s dinner.  Down a little cut we snuck, to a private spot, and tried our hand at skinny dipping in the weak sun, hoping the yachts that slowly motored past out to sea, seals playing in their wake, didn’t spot our nakedness.

There is something so exciting - and scary - about taking all your clothes off and slipping into the water, something forbidden, something Vanessa seemed to find easy, having the kind of body that no one would mind showing the world.  I on the other hand, well I’m British - not Irish, a little uptight - and so only managed to shuffle in up to my thighs.  The water too cold for me, so cutting you felt circumcised by it - and so stood proper naked like, my arse for all to see - like a German - too wimpy to go all the way in and be hidden by the green water, but not wimpy enough to run back out and just get dressed.

Shivering we headed back into town in search of coffee and hot chocolate, walking along the Silly path, Silly being the name of a small group of houses settled in by fisherman from the Silly Isles long ago.  Kinsale is famous for many things and seemed to have been close to much of the turbulent history of Europe and the British Isles, from the Armada to the sinking of the RMS Lusitania, a choke point.

One of its most famous sons was Timothy McCarthy, a sailor who signed up to sail South, to Antartica, with Shackleton in 1914 on his Imperial Trans-Antarctic Expedition.  I guess in 1914, heading down to the Terra Incognita of Antartica was like going on a NASA mission to Mars, and equally as hazardous. NASA have studied these voyages, as well as Nansen’s attempt on the North Pole, to understand the physical and psychological make up of such people - a potential one way trip off the edge of the world, gone for years and with really no reward but to have been given the chance to go.

As everyone knows their ship became stuck in the ice of the Weddell sea, then sunk as it was crushed, forcing the crew and Shackleton to live on a ice flow for a months until they could sail north, finally reaching the barren Elephant island.  Here Shackleton chose the five strongest men to undertake the suicidal journey on to find a rescue in South Georgia in the lifeboat James Caird, one of the greatest - and most hazardous - small boat journeys of all time.  McCarthy had shown himself as being a very able seaman, and so he was chosen as one of the crew, a selection that was to prove vital in the hellish crossing.

I’m probably one of the few who’s actually seen the James Caird, which now sits, not in a museum, but in a hallway in Dulwich College, London, kids school bags circled round it where once there was ice flow. The idea of six men setting off in what is really nothing but a small wooden lifeboat to cross one of the most hazardous seas in the world is amazing, but they had no other choice.  It’s interesting looking at the boat as you can see that the crew took what they had and tried to maximise any advantages they could, building up the sides of the boat, strengthening the hull and adding a canvas cover to protect the crew from the frigid waters.

After sixteen days they finally reached the uncharted south coast of South Georgia, where McCarthy was left to look after McNish and Vincent while Tom Crean, Worsley, and Shackleton made a crossing to the waling station in two days, found help, resulting in the eventual rescue of both crews.

It’s funny that after such an ordeal McCarthy only received a bronze polar medal - making you wonder what it really takes to get a silver or gold?

On his return to Kindail, McCarthy, who saw himself as not simply Irish, but part of the Empire, signed up to fight in the War, becoming a gunner on the oil tanker S.S. Narragansett.  I wonder how little patriotism played in his signing up, after all he was Irish and didn’t have to fight. I wonder if he simply couldn’t handle the normality of Kinsale.  Perhaps Antartica was not what he wanted, nor to fight against the Germans, but the struggle, something he was obviously good at.  For some the goal is not important, only the pursuit of it - the hunger, the itch, the rat.  For a man like McCarthy, who had no doubt made the return to this beautiful village - his home - one of the drivers of survival, once he returned all he wanted to do was leave.

And so he did, and on the 16th of March the S.S. Narragansett was torpedoed and sunk with all hands in the Western Approaches, McCarthy the first of many of members of the Endurance to die.

I wonder what it is that makes such men leave a place like this, their friends and family, that shared history of place, the one they love, the one who loves them.  What could they ever find out there?  It’s been a while since I went away myself - well it seems a long time - and so now people keep asking me “What next?”.  My kids are getting older, and for the first time in sixteen years I’ve started thinking about bigger challenges, of trying to do what theses guys did and head into the oceans perhaps, trips that don’t last weeks, but months, maybe years (you can buy a yacht for about £2000 on ebay, that with work could sail across the Atlantic… once I learn how to sail).  But also I maybe know myself a little better after this last year, and want to share my life and my adventures with someone else now, and if they can’t join me on some epic, that maybe they’re worth staying home for, to find some real degree of happiness, not on some distant ocean or mountain, but in the small villages along this coast, the boggy hills, the damp midgy granite in between the showers, in the stories and warmth of the people I now see as friends, who don’t take anything too seriously apart from living.

Of course that’s not the truth, but it would be nice if it was.  Instead there is the hunger.  And its feeding.

Down by the harbour, near the yacht club there stands a small statue to McCarthy, as well as he’s equally tough brother Mortimer, who was the helmsman of Scott’s Terra Nova, and who’s skill as a sailer probably saved his crew in the terrible seas of the Southern ocean, and close by, the last verse of The Boatman of Kinsale.

His hooker’s in the Scilly van
When seines are in the foam;
But money never made the man,
Nor wealth a happy home.
So, blest with love and liberty,
While he can trim a sail,
He’ll trust in God, and cling to me—
The Boatman of Kinsale.