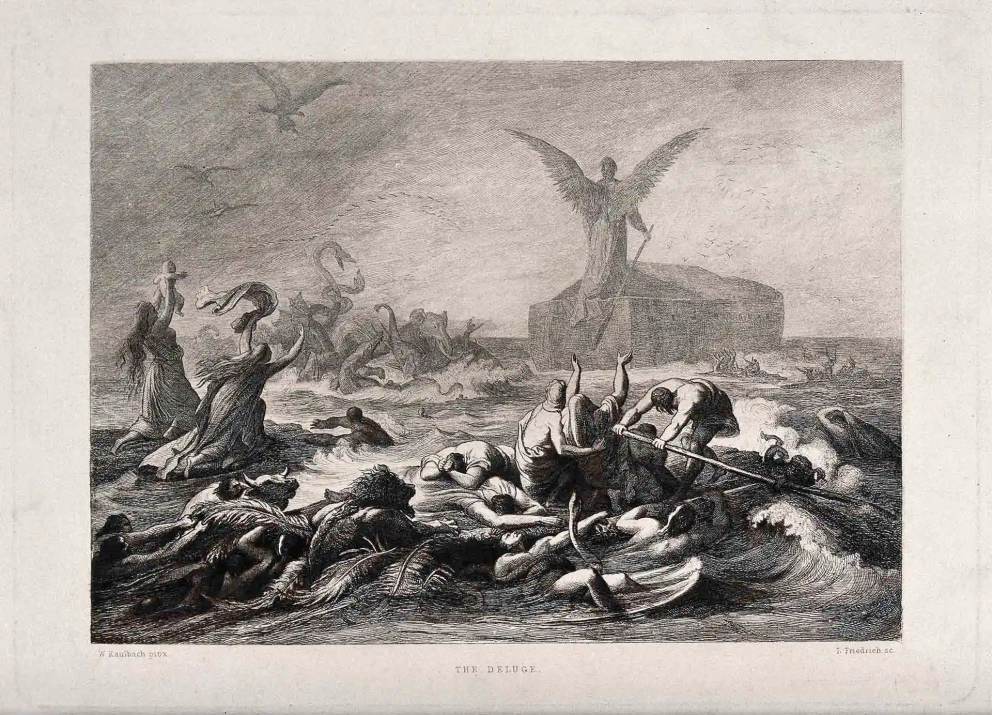 I’m haunted by the memory of a boat - half built and begun long ago, timbers now rotting; hidden behind a ruin, beside a rain soaked and faraway shore.  This thing, a skeleton of wood growing slowly soft, seemed to mean more to me than the sum of its parts.  It spoke to me about the very nature of what pains me.

And so there it was, bigger than I could ever have imagined, not a boat, a ship.  Too big to be a laughed at; magnificently crazy and awe-inspiring in its ambition, a man’s labour, his obsession and dreams standing there upon softening and weedy supports in long grass.  No skylark; a Bounty, a May flower, a Mary Rose, its timbers still oak thick and battered into shape by his hands alone; Frankenstein bolts, bloody with corrosion, holding whale ribs in their place, still naked without the skin of a hull.  I walked its length, both moved and disturbed for what it represented.

“I started it in 1972” he tells me later as we drink his home made elderflower wine, feet up beside the open fire.  “It was just something to do - and I thought that maybe I’d sail away once I retired”.  I ask about the size. “Yes, I had no plans, and just started building it in my garden, but after twenty years it just got to be too big”.

He shows me pictures of the crane, lifting this monster, and tells me of its long journey to the sea, becoming stuck for three days on some distant bridge, telegraph poles toppled.  “I still work on it” he says, his feet up, watching the TV in front of the fire, “but I’m too old to finish it”.

His boat sticks in my mind, worries me, makes me think about obsession - the tasks we set ourselves that are beyond us and we will never finish, frittering away the most precious currency we have as if we were immortal - squandering time, pouring ourselves into an unfillable hole when buckets, ponds and small lakes abound.

“Dad why don’t you climb easier things?” Ella asks when I come back from the Eiger, and I have no other answer than “Easy things don’t interest me” reminding me again of sitting in a kitchen and talking to Alex Huber, as he shows me pictures of his farm and his family, a farm that contains within its boundaries the Sound of Music hill.  “Andy why do you make things so hard for yourself, the winter, the novice partner, solo - you make everything impossible.  It is if you want to fail”.

But I don’t seek out failure, or trauma or disaster - they’re simply what you get when you try too hard, have to much ambition for your own good.

“Half of what I own is yours” she tells me after four years of working for her dream, our dream, when I tell her how I feel she has betrayed me, all the riches I felt would be ours, all hers, everything in her name, three homes bought and paid for, more savings than I’ll ever know.  I wonder what it would feel like to be as rich as her, to never have to worry about money again, but also know that money is the only thing she can control - not time, not her body, not me.  I wonder why I can’t commit, to marry her, to feel secure - that marriage is all she wants; all the money in the world, but nothing without me.  I think about sixteen years with Mandy, sixteen years she feels was wasted, working towards a future, building that boat in which in old age we’d sail into the sunset; but never got finished.  A failed marriage is a terrible thing, a house, all that stuff, all those boxes of photos, all those memories, all that time - to walk away with nothing, to start from scratch, no house, no savings, no future, to try and forgot in-order to have space enough to imagine something new.  Once you’ve fallen out of love, had your heart broken, or broken someones heart that you love, the scales fall from your eyes, and you know that all you believe will happen, want to happen, is but a myth that keeps you going on.  I cannot commit, to be married again, because I’m too scared that one day I’ll feel the same - that this present certainty of the everlasting, will one day wither.  I try and make her see how unfair things are, that her river is in flood and mine is bone dry - that I put all I had into her dreams of glory - that her medal had been my obsession as much as hers.  “But I never asked you too” comes her damming reply - the first cut, then says she had never doubted we would be together forever, until now. Another.  I try and take it, but then we visit her ex boyfriend, now living in a huge house in the country, sports car, ‘stuff’ all around, and as we drive away she says “I think he’s the one that got away” - another cut, perhaps the deepest, cutting into the tenderest point of my soul, words that betrayed her, that she judged people not by what they give, but what they keep.

The nomads of the steppe believed that possessions are for using, not hoarding, believing life was a bridge that must be crossed, and by holding onto possessions you made a house of them, which became a prison, and stopped you moving on.  For the Nomads moving was life.  I guess I’ve always felt the same, that if it came down to doing the sensible thing, or going on an adventure there was no choice.  So many times I’ve asked people to go away and they’ve told me they’ve got some work to do and can’t make it, trips that would stand proud upon a life.  I wonder if they had gone, and I’d offered them the trade of what they had lost in money, for what they had gained in the hills, if they would think it crazy to even consider it a fair barter.  If the bills can be paid, the landlord kept happy, and you aren’t starving, what else is there to worry about in an Alpine style life?  What would you have, a month in Yosemite sleeping under the pines and creeping up the rock, or an iPhone watch?

“If you asked me to marry me now I would” she says crying down the phone, but a week later I email her to tell her its over, knowing it’s the only way, too much in love with her to leave, to wounded to stay.

As before eight years mean nothing, and I walk away with nothing, and my stepmother asks why, leaving behind my home of four years, my imprint on her life so light my physical passing is simply the gentlest of leavings.  “That’s who I am” I tell her, knowing such things should never be asked for, or taken, but only given.

Last night I talk to a bunch of salesmen in Stratford, feeling awaked and uncomfortable in proper trousers and shoes, my shirt that makes me feel like I stick out instead of blend in.  “Are you a farmer” two people ask, wondering if I’m some kind of Jethro, “No I climb mountains” I reply, as believable as telling them I’m a ballet dancer.  A difficult crowd, loud and lots to say, they go silent as I talk, no yawns or whispers, or nipping to the bar.  I tell my story, from there to here, not your usual sportsman doing after dinner speaking when all the games have been played, but a man who puts all he has into so little because that’s all he thinks he’s got.

Afterwards the man next to me begins to tell me how he’d never heard a story like it, and that I could do well, listing ideas of how I could be rich, a long list of crazy stunts, people joining in at the table “he could abseil of one of our thirty metres cranes at shows”.  I smile and laugh at all their crazy ideas, blush when they tell me my story means something, that I’m not like the others “you could die doing what you do”.  In the end I say thanks for their advice, but really I’m too busy juggling being a dad and trying to go climbing to ever make any real money - “getting rich is a full time job” I say “I’ll leave that to Bear”.

The surf rolls in through a gap in the banks, sapped by winter storms and filling the lagoon with stones stolen from the Burren. “Surfers are worse than climbers” the man says, sitting in his kayak as we watch the surf roll in soft and lazy at first, then barrel in hard against the shingle.  “When the surf’s good they have to be there - they can’t help it.  Nothing else means anything to then than the waves”.

Months after my email, unable to live without her, somehow, and beyond all reason or sanity, I almost find myself back, holding her hand in the kitchen, the beginning on a sad and tragic story one day I’ll tell - write it all down were it may make sense.  I didn’t care about the past, what she said, what I thought she meant.  Love was stronger than hurt. The cuts could heal with her love.  “My dad said I shouldn’t get back with you, that maybe I’d lose half of what I have” she tells me.

And out of anger, out of desperation, we find ourselves - no longer loving each other - but fighting for what we both seems right, for me to keep the home I lived in, and for her to keep what’s hers, the balance equal after eight years together.

I dig through hundreds of emails to prove to the court that I had an impact on her life, to prove I’m worthy of this grubby prize, the act like emotional archaeology - digging down, into the love, into the distance, the hurt, seeing the mistakes we made, the sign posts, danger signs.  What did I learn that I can pass on to you after so much digging?  The answer is love is strong, but it is not unbreakable, that into the finest of cracks weeds can grow.

And then, last week, she calls me, and we speak for the first time in three months.  “Why are you doing this” she asks.  And I suddenly don’t know why, to drag us both through the Scottish courts, where if I lose I lose everything. I’m greedy or mean, and know that a home means nothing to me, but perhaps I do it to spite her dad, to spite myself, that if I am to be judged as being so bad a person, then that’s who I’ll become.  But no.  It’s not that.  Unguarded I answer “I can’t let go - this is all I have left”.

I think a lot about that boat.  I think about all the wasted time, all the money and effort, the sweat and graft, splinters and busted fingers - and for what?  Can a life be like a boat, can relationships, built up with infinite love and care, but then left to rot.  Do we hold onto what could have been, feel the sadness in decay, see the folly of that ambition, of our love? - or do we make a bonfire of it all, feel its heat, then start all over again.