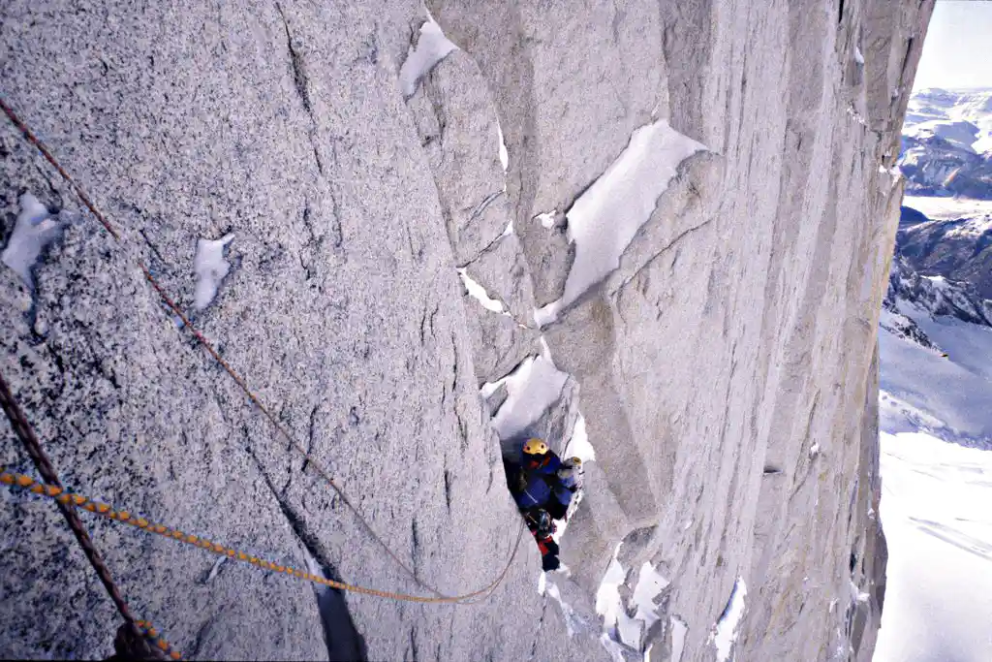 The Hurt of Doing

Having been an avid reader of your books and blog in recent years, I thought you might have some thoughts or advice on my question, which concerns mine and my climbing partner’s experiences during several recent missions on Ben Nevis.

Both my climbing buddy and I like to think of ourselves as above-average fit (who doesn’t?!). I suppose there is some evidence to back this up – we regularly run mountain marathons, climb and train at least 2-3 times a week, do a lot of mountain walking, kayaking, paragliding, etc., don’t drink/smoke, have reasonably healthy diets and have raised our summer and winter grades in recent years. However, more recently, after several climbing days on the Ben (separate occasions, where we’d get up early, drive to the Ben from Edinburgh, climb a winter V route like Point 5, and then walk back to the car and drive home), we both found ourselves completely wasted at the end of the day and the next day. Cramping calves, and just general feeling of physical exhaustion the next day. We’re both 30, and have been quite surprised by the heavy toll these days seem to take.

I wonder if you have any advice on how to reduce the chances of getting to that point of exhaustion, and perhaps any advice on speedier recovery times during and after the climbs? Is it hydration? Reducing pack weights even more? Slower pace on approach to leave some sugars for the climb?

Would greatly appreciate your thoughts!

Have you ever noticed when you run a marathon how you feel when you reach the finishing line, or when you get to the car after a long day on the hill, how that you feel you could not go another step?  I think the ability to ‘go again’ or to push on, or head back up is often what makes the difference in a lot of life’s challenges.  What you do when the car’s not there, or the finish line five hundred metres further down the road, or when you find your tent has blown away after three days with no sleep or food, leaving you to cross a high alpine col in a storm and stagger 18km’s home…. well that’s where you find your metal : )

I’ve had many a morning when I woke up totally and utterly fucked, so knackered that I could not even open my hands, my feet in tatters, hips bruised, feeling like I haven’t slept at all.  And yet I always did: got up and carried on, the reason either because I had too to survive, to get to the top or get down, or I did so because I wanted what lay at the end of it worth the pain.  And you know what - in fact, I’m sure you do - once you start moving, creaky like a rusty robot, things always fall into place, muscles slacken and blisters dull, and as the advert says, you just do it.

I remember trying to solo El Cap in a day in 2010, waking up at 7 am, hanging around all day until 7 pm, then starting up the wall.  I climbed all night and into the day, 7 am passing then 7 pm twelve hours later, stuck up there with only a mouthful of water, one rope, and nothing but hope I’d just get to the top alive (by then all stupid thought of a one day solo long gone).  When I reached Peanut ledge, two pitches from the top, I was falling asleep while I was actually leading (I’d put in a hand jam, stand up, then come around with a shock, like falling asleep driving, finding I’d been asleep.  When I clipped the belay bolts I fell instantly asleep, only moving again to rap down to get my last drink of water.  On that climb I had been awake for forty-one hours, leading, rapping and jumaring non-stop for twenty-nine hours!  I slept for about five curled up in just my jacket, having to cramp so bad I strained my calf.  On waking around 6 am I had to get up and lead the last two pitches, then walk down, the total awake time about fifty-five hours with only five hours sleep.  How did I do that? Well, I guess even though I was trying to go as fast as possible I still paced myself, knowing that I had to make my energy last for twenty hours, plus some extra, the reason I failed maybe the reason I could keep going!

This is not meant to be me bigging up myself, but on Ulvertanna in 2014 I had to lead every day for 14 days, which meant a lot of work (being a soloist helps as on a solo climb you’ve got to do it all anyway).  On the last day, I was on the go for 36 hours, got so fucked I went deaf in one ear.  Again how could I do this?  Well, I set myself a lower expectation of what I could do over such a period, taking all day to climb two new pitches when on another route, climbed fast, I may hope to climb ten times that.  Often I’d wake up and not be sure how I could even sit up, let alone climb (if you’ve to evert done a heavyweight session you’d know what I mean), yet I always did - because I had to.  Making sure I ate as much food as I could, and drank lots, I also tried to get into my sleeping bag as soon as I could.  Like I always say: I treated myself like someone I cared about like you’d treat someone who was putting in maximum effort.

Another view would be that driving, walking in, climbing, walking out, driving home, well that’s a big day!  If you’d driven up Friday night, walked in with a tent and some food and camped next to the CIC you’d have been pretty fresh on your return home on Sunday night.  Often it’s all down to logistics!  In fact, being lazy is the best way to get a lot done.

I’m guessing you’re not carrying too much kit, that you’re drinking plenty, that you’re not getting lost, and the routes are not draining you of every last drop of lifeblood.  I’m not sure how old you are, but maybe if you’re younger than me and full of vim you’re not pacing yourself as I described above, or you have too high an expectation of how good you should feel?  Scottish (and the UK climbing in general) has a long tradition of burning the candle at both ends, of climbing hard, getting wasted, going to bed late, then getting up early and doing it all again, day in day out.  Read Mick Fowler’s books to see what a typical climbing weekend was like, or think about the late great Mal Duff who used to go to bed fully clothed and with his boots on so he could just sit up and go when the alarm went off (that extra 30 minute is a lot when you go to bed at 4 am and get up at 6 am!).

So my answer is that there’s nothing wrong with you, that may be pacing would help, or lowering your expectations, or reducing the load on your legs, but really what you describe - your malady - is nothing but the hangover from being seriously fucking motivated : )  The hurt you feel is not really hurt, just the hurt of doing.