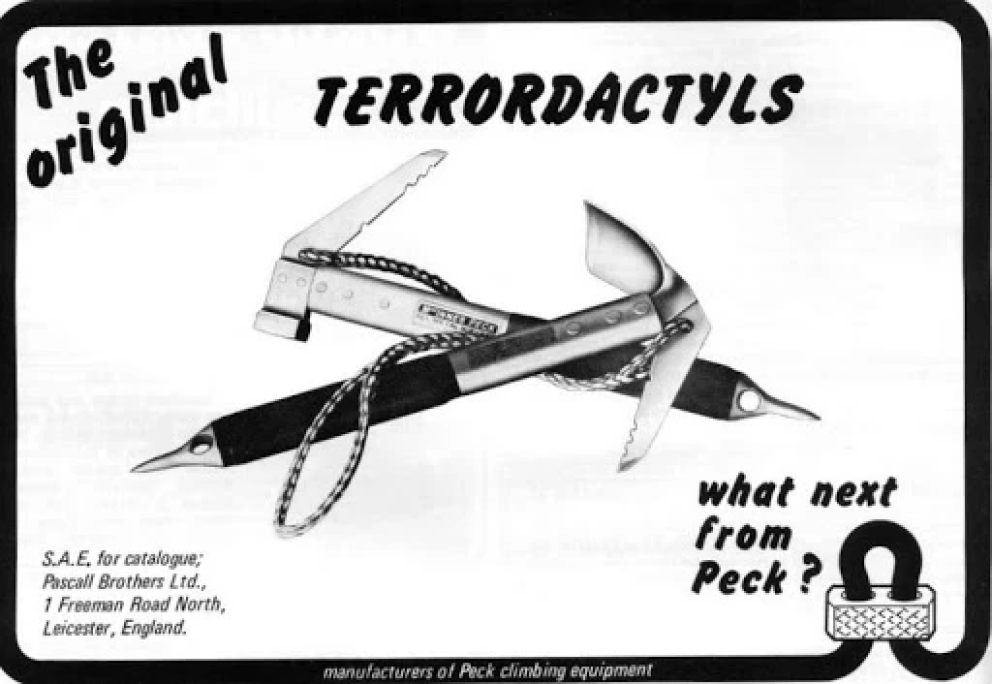 The King of Adzes

I have a question about attachments to make extra large adzes on technical ice axes.  I have seen these things that look like a small deadman attached to (often Black Diamond) ice axes, and used by folk like Fowler, Garriboti & Colin Haley.

I’m living in Peru at the moment and do come accros some silly snow conditions quite often in the Andes, especially off season stuff, and was wondering how I can get a bigger adze on my BD Rage Axe head?  I’ve just noticed a short video on the Patagonia site, with Garriboti fixing one on his axe before some Cerro Torre chop pitch.

Any insight would be appreciated.

If one thing really lets down modern axes for down and dirty climbing, is the lack of a really great adze.  I don’t know if this is because most axe testers are doing predominately pure ice or steep ‘pick only’ mixed climbing, but all - and I mean all - leave a lot to be desired in my book.

Here’s a rundown of what I’d consider as being the perfect “full contact” adze.

Unfortunately, such an adze does not exist, and the nearest we ever got to one was the DMM mixed adze (made for the Alien and Terminators), which was gods gift to heavy users.  If you look at the early Terodactyl axes you will see they had the right idea, being a mini shovel (Don Whillians once climbed a pitch of Himalayan crud using two entrenching tools), and this was carried over onto the early Simond Chacal and the Piranha tools (I fitted a Piranha adze to my first DMM Predators with a bit of DIY ).

Most of the adzes on modern tools are limp affairs, used for scrapping away a bit of ice before placing a screw or chopping your abseil tat, but for climbing their pretty crappy - well British climbing anyway.

Mick Fowler uses a special adze he had made by a blacksmith (BD were pretty perturbed by it when he asked why they didn’t start making them), while the attachments that Rollo and Bruno Sourzac used are in fact
plates that attach to the pick of the tool for climbing rime ice.

So what’s the answer?  I doubt any manufacturer will be looking at doing something like this, as it will spoil the balance or the line of the tool in question, leaving only home made jobs.  Maybe I’m wrong, but I think I’m actually being anti-elitist - as the majority of climbers climb the type of routes I describe.

Does anyone know a good blacksmith?