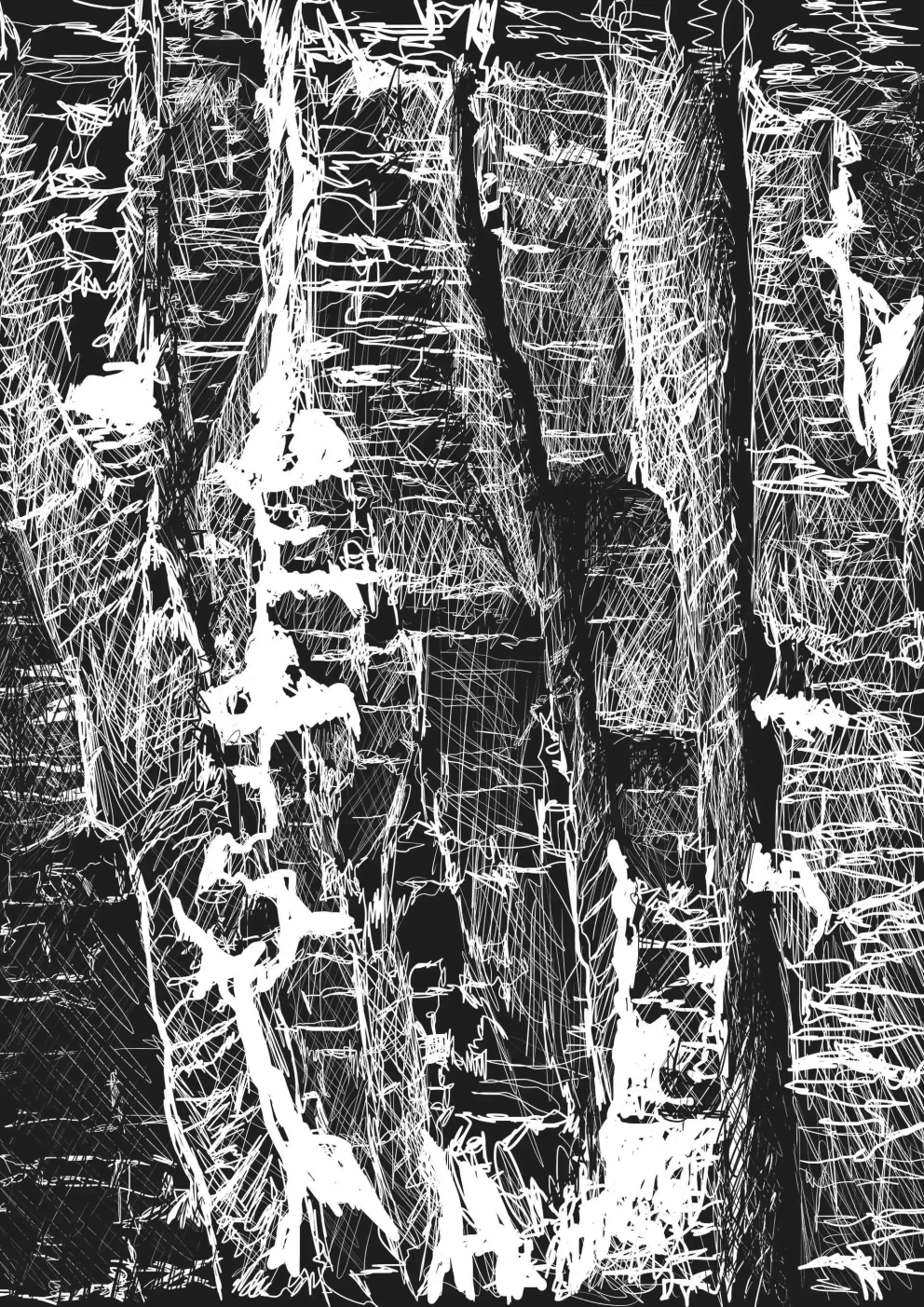 The School: No4 Buttress, Coire An Lochain

Lochain is a honey pot for aspiring Scottish mixed climbers, and although detractors will point out that it’s nothing but a roadside crag, and tame in comparison to many other full value venues, as a testing ground or lab for mixed climbing there is probably nowhere better.  In my mind, if Coire an Sneachda is the Stanage of UK winter climbing, then Lochain is its Curber; offering steeper and tougher climbs.

It’s here on this relatively small buttress’ that the best climbers of the day learnt their trade and exported to bigger routes and bigger mountains; both in the UK and overseas.

This short article focuses on just three routes that stand side by side and offers some extra beta for those who are interested in sitting some winter exams.  I’ve done all three of these routes (two of them several times) and would love to include Sidewinder - but having still do it, I’ve left it out.

The coire’s altitude and position mean it’s very often in condition, either hoaring up or simply being covered in snow, probably the reason for its popularity.  The most important factor when judging if you can climb is not if the crag is white, but rather if it’s cold enough for the turf to be frozen.  If it’s not then the climbing will both be harder and also unjustifiably damaging to the turf.

The great slab of Coire an Lochain is a renowned avalanche spot, creating the perfect storm for death and destruction to the unwary, and I’ve seen many a climbing team go up and down it oblivious to the danger.  Avalanche reports are posted in the cairngorm car park and should be taken heed of.

Cornices can also prove a hazard to those climbing up or down gullies, and more importantly, those moving around on the top, as many climbers have found themselves falling through one while looking for the way down.

Heavy icing can also be a hazard - as it is on all Scottish crags - coating or filling cracks with ice and making protection difficult to place or unreliable.  In such conditions, it’s worth lowering your sights a little, and expect to take much longer on routes as there will be much digging and excavating.

Take the normal path to T-Snachda and after five minutes drop down on the lower path towards the stream, crossing boulders and following a rib that leads towards the towards the coire.  Eventually, you will leave the path and make your own way towards the coire, heading towards the Loch. As you get into the Coire make your way carefully over large blocks (some easy ways, some hard) until you can skirt the Loch and approach directly up to the buttress by zig-zagging up.  If there is avalanche danger then avoid going anywhere near the great slab, and instead climb up the spur before you reach the loch, and make a high traverse to the buttress, being careful when crossing gully lines.

Another approach is to walk into the top of the crag via safer routes and abseil down to the bottom, making one abseil down to the top of the 3rd belay on Savage Slit, then a sixty-metre abseil to the base.  When doing this I would highly advise setting up a bomber fixed anchor at the 3rd belay and extending it so there is no chance of the rope getting stuck.  This of course does mean that if you can’t climb up then you may have to find an alternative exit strategy.

If you’ve left your gear at the bottom, or want a quick descent, or lose height quickly in bad weather, then either down climb/abseil down The Couloir (I), or rap down Savage Slit.  The best way off in good weather is to traverse around and climb up to the summit of Cairngorm, before descending down to the car park.

There are loads of places to eat in Aviemore, and there as also lots of places worth avoiding (Pizza place near the roundabout, the bridge inn and the Indian next to the Station). Cairngorm mountain sports cafe is seen by many as one of the best in the country, and I’m a big fan of the cafe in the Rotiemurchus estate shop on the road up to Glenmore, and Nando’s (not the Nandos) is a good place to chillax and check your emails for free (the food is more quantity rather than quality).  When night comes the Indian restaurant is very good (not the one next to the station).

Be aware that although the term ‘roadside’ is often used when talking about the Northern Corries, this is a very serious place, with both complex topography (ie cliffs to fall off in a whiteout) and killer weather.  Only venture onto these crags with full survival gear (bothy bag, food, spare clothes and goggles), and all relevant navigation gear (have one map each in case one blows away!).  Many people have died here, and many others have come close to dying, and the length of these routes is no indication of their seriousness (I even know of a team who become benighted on Savage Slit and had to spend the night on the 3rd belay!).

I’ve chosen 3 routes that sit together and offer a jump in both difficulty and style; Savage Slit (), Prore, and Fallout Corner.  All routes are short, and all have pitches that can be run together, yet all tend to feel much longer, and take much longer, than you imagine, in fact, I climbed the North Face of the Droites faster than Prore!

Savage Slit is a great intro to mixed climbing, as it is well protected (unless under ice) and straightforward, plus being a chimney it’s very much like rock climbing.  As with most routes like this, it’s all about footwork, and digging for good hooks with your tools.  It goes without saying that this is not a good route to wear a rucksack on.

The first two guidebook pitches should be run together for speed, and many climbers find the first slabby section off-putting, as it can feel intimidating and balancy, but take your time and it goes without any fuss.  Once you reach the slit itself take it one move at a time and wear the route down bit by bit; finding gear, moving up a bit, then finding some more.  There are no show stoppers on the route, and it’s just as case of being the right way round to use what it has to offer.

Once you reach the top of the slit you’ll find an abseil point/belay and you can either descend or carry on to the top.  If you descend make sure you double test the anchor, and remove any tat you don’t like.  Make sure the tat is well extended and has a karabiner or maillion on it, to aid pulling the rope, as this is a prime spot for getting ropes jammed.  Under very heavy snow or ice you might not be able to find this anchor anyway, and always make sure that the tat you’re clipping into is in fact the anchor, and not just some tat that’s been cut off and left in the snow (always take old tat down with you).

Personally, I love the finishing pitches on these crags, as they just open up and often feature some amazing hore frosted sculptures.  Again watch out for dangerous snow and don’t let your guard down until the top.

I remember Alan Mullan telling me he thought you’d have to throw yourself off Fallout Corner it was that easy, but again it’s down to conditions, and for some, it can be a clip up, while for others it can be an exercise in jibbering (I’ve done it several times and can attest mainly to the latter).  As with Savage Slit it’s all there, only this time there are a few more thoughtful points where it’s not clear what to do, but like Savage Slit it is well protected unless heavily iced.

Again begin by some bouldery moves up towards a leaning corner and move up this to an overlap.  This takes some good gear (a hex), then work out what to do next (have a good look beyond the obvious for footholds or hooks that may help you).  This will get you to the 1st stance (good belay).  The next pitch is really the meat of the route, and is a great intro into steep winter slab climbing, and is an exercise of balance and gentle probing upwards, and again much it is on your feet.  It’s well worth experimenting with using different parts of your crampons here (heal, inside edge) to rest your calves, as well as mantling off good hooks on your axes.  Also don’t neglect to use your hands as well as your picks.  If the corner is free of ice then there is lots of gear, if not, then you’ll be forced to run it out a bit further, finding gear on the face.

This pitch ends at a good stance, and one more steep step leads to easier climbing and the top.

Prore is the next step up from Fallout in terms of steep slabs climbing, being less well protected or positive, and requires a steady approach and a mixture of climbing techniques.  I’m told this is now a soft touch for the grade, but perhaps still means it’s a very serious grade VII.

Climb the first pitch of Savage Slit and move up the chimney until you can traverse right along a break out to the arete.  It’s about now, balanced on some rounded holds without anything for your tools, looking up at a steep arete full of rounded breaks and seams that you’ll have a good handle on if this is your bag.

Now start up the gritstone like arete on both good and bad foothold and the odd good hook, placing gear if and when it appears (don’t forget to look on the other side of the arete).  Climb a hanging corner (loose block)  to a ledge and place your big cam at your feet, then make some bouldery and committing moves up and right to the arete and climb this without any gear to some turfy ledges and belay.

Climb to the top.