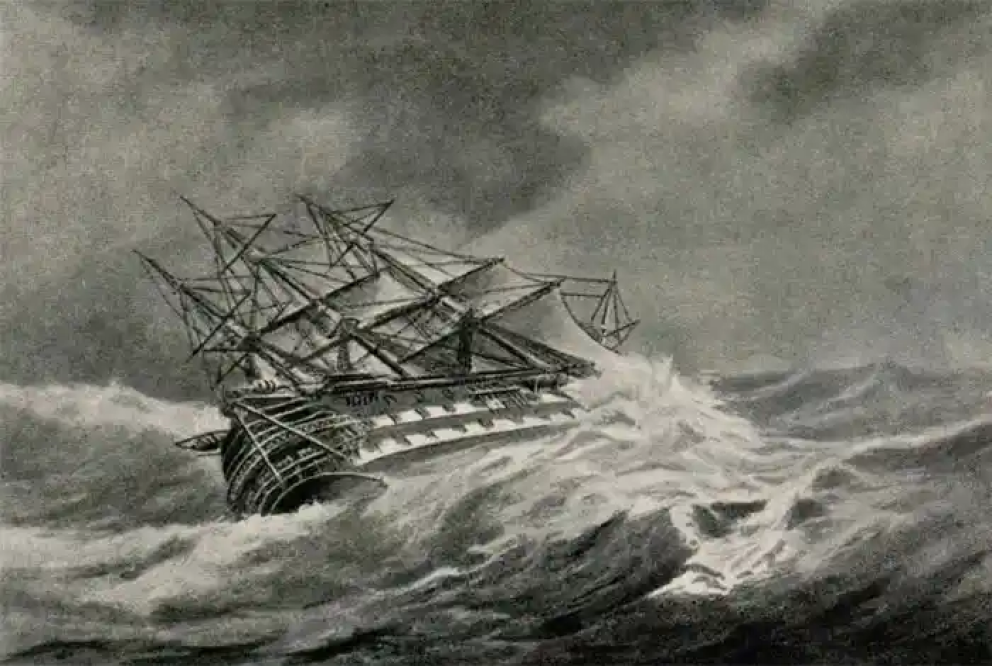 I bought a tiny kayak on ebay the other week (Pyranha Inazone 230), the reason being that my trips away have been curtailed a bit by kids, work and Paralympics (AKA life - well apart from the last one).  I only live 15 minutes from Stanage but don’t find rock climbing gives me quite the fix I need, and so I thought I needed a boat (and a tiny one, as I have the storage capacity of a man in solitary).  You see the ocean is only 2 hours away and there is no itch that can not be scratched by the sea.

I’ve been sea kayaking on and off for a few years (kayaking Cape Wrath was my eiger North face), and find the sea the closest thing to going on an a big climb.  The only difference is that often I find a tussle with the sea feels like a expedition in itself, a single day like a whole trip to Patagonia condensed down.  Out on the water in the big swell ,in your wobbly boat, you experience the full gamut of climbing highs and lows - the prime ones being utter terror (“I’m going to fucking die!”), utter boredom (“I wish I was dead”) and utter commitment (I hope my partner dies - not me!).  In the sea I’ve never been so aware of my place in nature (I have no place), my ability to ask my body to give (50km day in a boat is like running a marathon on your arms) or so cold (when you’re swimming in the North Sea it’s colder than Alaska in March).  As I said - the sea is a great way to sooth a restless soul, a way to re-balance that selfish immature ‘western’ adventurous streak in us, were we stamp our feet and demand some base excitement and ‘one-ness’ with nature - a blowjob for the spirit.  Twenty minutes in the sea is like a whack to the head - and all such thoughts are washed away.  Like a big climb the sea leaves you clean.

I drove over to Scarborough first, parked my car at the North bay, and seeing the waves looked big, went for a paddle.  My Tweet on my return to the car sums up the experience:

The next day - true to form - I’d not learnt my lesson, and so went to Flamborough, home of Beampton cliffs, the biggest sea cliffs in England I believe.  This time I wanted to learn how not to fall in when paddling a very small boat in a wobbly sea, while at the same time having a look at the cliffs and caves (wobbly boat + committing inescapable shoreline + big tides + AK = Fun/near death).

I walked down the old life boat jetty and got in my boat and paddled out bit, then just floated around for about half an hour, trying to get a measure on how the boat reacted to the sea.  I used to think that kayaking was like skiing, in that you had to make a million tiny corrections of your body and skis in order not to wipe out - which it is - only unlike skiing, in a boat it’s like skiing but with a slope that’s changing shape at the same time (plus is you do fall you end up with more than a snowy arse).

Practicing my braces (placing your padding on the water as you lean) I started to feel a bit more confident (I still can’t roll a kayak… well I can, but only in one direction ie upside-down), so I paddled out a bit.

One of the shared experiences between climbing and kayaking is that deep awareness that you’re heading into harms way, and that only your skill and ability to control your fear will see you right.  I paddled out beyond the bay and felt the raise and fall of the ocean swell, the waves that crashed over hidden reefs every minute, the deep gurgle and roar of the dark water moving through the sea caves.

I paddled along a bit until I got up the courage to venture close to the cliffs, darting through areas of confused water, breaking waves and clapotis.  It was exciting and fun, on the edge of being dangerous - but only on the edge.

I paddled up to a big black slot in the cliffs - the water gurgling dark inside.  I hesitated - then slipped in, my paddles steadying myself against the smooth rock as I slipped into the salty gloom.  I could feel irrational fear of the dark and the dark water welling up.

I paddled through out into another bay.

After a few hours I began to feel tired, my concentration lagging behind the sea, and knew I needed to head back before I pushed it too far.

As I paddled along, ahead, I saw a big wave rearing up from nowhere and crashing down then disappearing before it hit the cliffs.  I knew the safe thing to do was to paddle way out beyond it to be safe - or take a chance and paddle in close to the cliffs and trust the wave would dissipate before it reached me.

I paddled close to the cliffs getting closer and closer, the wave rearing up and falling back with a roar every thirty seconds.  I knew if the wave hit me side on in this tiny boat I’d go in, and that swimming next to this cliffs would not be good.  My only chance would be a high brace into the wave, going against my instinct and actually lean against it as it broke.  It was something I’d never done before, and only read it in a book.
I paddled closer and waited for the wave to crash one more time then tried to sprint across the gap - like crossing a road patrolled by phantom trucks.

You already know what happened.

With a roar I saw out of the corner of my eye the green water bulge upwards, as if a killer wale was bearing down, only this time it was just a big wave - the bulge turning into a cresting wave that smashed into me.  By pure instinct I threw my paddle blade up onto the top of the wave and leaned against the foaming water like a man trying to keep a psycho from breaking through his front door.

The roar of the wave was gone as quickly as it had arrived.  I opened my eyes.  Instead of the bottom of the sea I saw the sky.