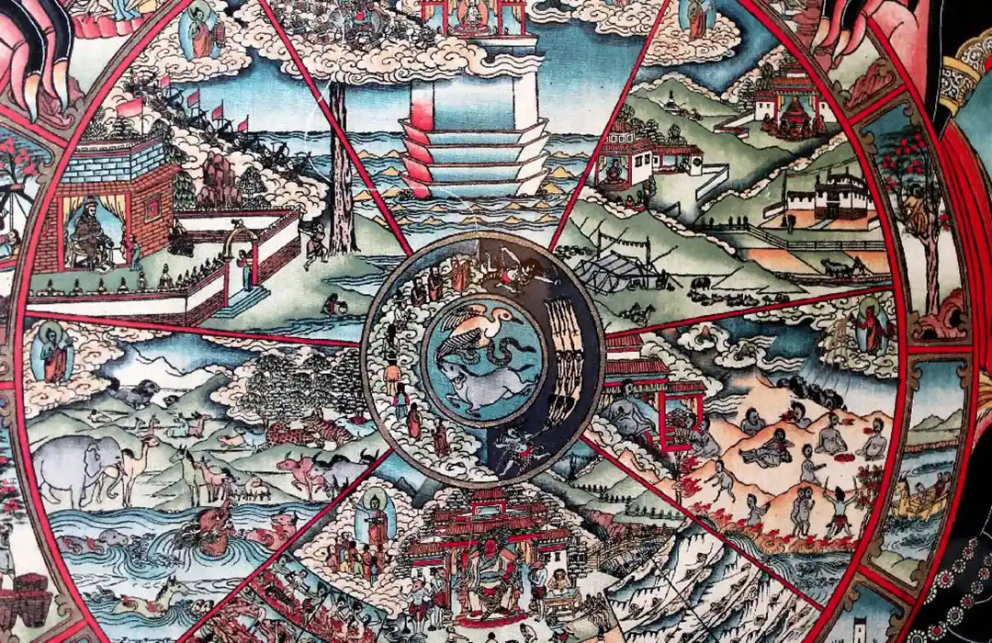 The Weight of a Soul

I got an email last night which I want to share.  It made me almost cry, both for what it said, and because it meant more to me than the writer could ever have known.

If you’ve ever spent more than a day looking at my tweets, or reading between the lines on my blog, then you’ll guess things have been tough for a while.  I admit most things, so will admit I’m having counselling (the biggest problem I seem to have with it is spelling it), living by myself again (sometimes you can’t infect amazing people with your madness) and trying to re-float myself, something I’m good at doing, experience showing me that the wheel of life always turns in your favour (on that subject I found the Buddhist idea of ’Cyclic existence’  really interesting… but don’t worry, I’ve not found religion yet).  I described my situation as a man who lives in the most beautiful garden, full of the flowers he’s spent 43 years planting and nurturing, but over in one dark corner, he’s buried under the rubble of an unstable wall.  So let’s say I’m digging myself out.

Now I know that writing shit like this is both good and bad, that I share too much, I can be needy (as Ella points out) and rude, angry, bitter and all that dark stuff that I’m not good at hiding.  I’m sure a lot of people stopped reading my blogs and tweets as in many way’s they are a car crash, and perhaps even having an audience makes it all worse (I remember Jim Perrin once warning me “Beware of the audience”).  My actions also hurt other people, people who are more private and don’t want to share their pain, and I guess this is the dilemma of all writers, and of those close to them (Menna once told me she was a person, not a character in my story).

Maybe talking to someone instead of writing it down will be healthier, that I’ll have a breakthrough, but I’ve spent most of last year dwelling on the turning points that led here, where the future I had - we had - left the tracks we’d set.  It’s not the right time, or appropriate to go there now, but it’s a sad story of ambition and obsession and how even the strongest love grows weary.  Most of all it’s about being valued, how I was valued and how I value myself.  For me I felt I helped someone I loved make a fortune, gave them years of my life to become what I should have been doing for myself, to make a dream come true - and when it did, I set that fortune on a scale, a fortune of gold and a fortune of possibility against myself - and was judged as worthless.

And so the last few years has been about that, how I value who I am - what I do, and not in terms of ‘going away’ or how many twitter followers I have, but real stuff - what value am I as a human being, beyond money in the bank.

How heavy is my soul?

But you know what, whenever I need to know that answer it comes, it comes from the very place I worry that I overshare, where I give to much - too sad, too angry, to needy, to worried about what other people think… but people do listen, and care, and more importantly they give back.  Sure there are people out there who are ‘leeches’ for other peoples pain, but then there are others who’s humanity is drawn out by honesty, that I am lucky to be a part of people’s stories, that I am a character in their lives, and so what I give comes back to me, gram by gram.

Hi there Andy and this might come across as really random so I apologies!

Anyway, back at the tail end of  2012 my Father bought me “Cold Wars” as a Christmas / Birthday present knowing I was a bit of a fan of your exploits, website, advice and had seen you live etc.

To cut a long story short, he was very ill with a recently diagnosed cancer at the time and died a couple of weeks later in early 2013.

Cold Wars was Dad’s last present to me basically and for some reason I was reluctant to open it as it brought back too many bad memories.

Anyway, a couple of days ago I finally opened it - telling myself not to be so damned maudlin and sentimental - and it’s great Andy and really inspiring (and that’s nothing to do with the climbing.)

So, thanks for a brilliant book - my Father was man of taste! and he’d have loved to have seen you live (I was there in Derby after the original venue burnt down!) - and all the best,  Phil.