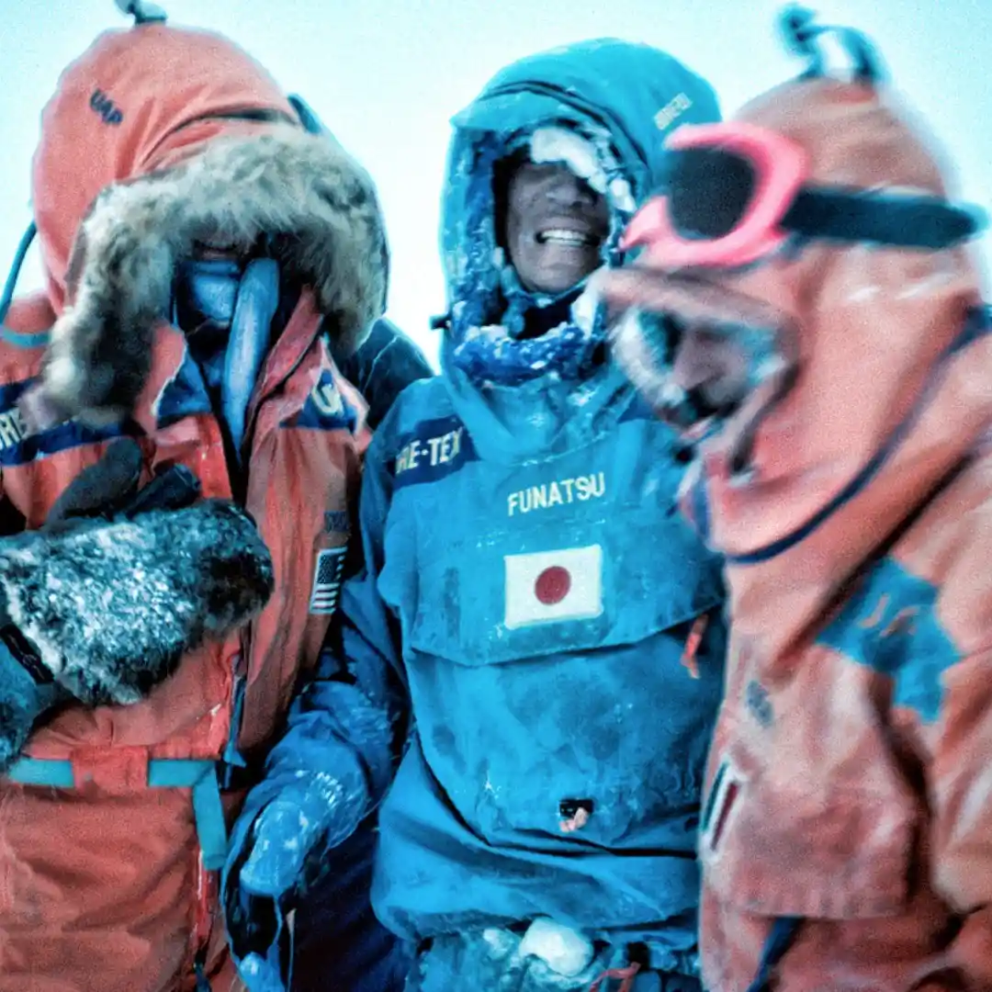 The first time I became aware of The North Face was in a dentists waiting room when I turned the page on a copy of National Geographic and saw a story about the Trans-Antarctic expedition. Not much of a reader, I stole the magazine, and poured over the images for a year or two instead, and eventually the words as well. The environment looked so harsh, and yet the people looked so colourful and able and cool, and no doubt in my sci-fi obsessed mind I saw Antarctica as another planet, these men astronauts, their North Face outfits space suits.⁣⁣ ⁣⁣⁣⁣ ⁣⁣Somehow I eventually worked out how to get a catalogue from North Face, sending a stamped addressed envelope to Matlock, Derbyshire. It did not disappoint, a rock climber clinging to a sea cliff on the front, the pages sparse, white space and mountains, and wild places, and gear, straight and simple, black, yellow and red.⁣⁣ ⁣⁣⁣⁣ ⁣⁣I’m surprised I didn’t wear out those pages to dust and knew every single word and picture by heart; imagined the people who made this were how later we viewed Steve Jobs, that every single stitch and thread and choice of cut and sew was perfect. The gear of the Gods.⁣⁣ ⁣⁣⁣⁣ ⁣⁣What’s interesting on reflection, is that the man on the front cover of that catalogue was Chris Watts, the guy who ran North Face in the UK, the guy I’d scraped together my stamp money for. Years later, when I was someone else, and actually climbed some things; was on the up, Chris offered me the opportunity to be sponsored by North Face, gear, and money, and kit stardom. Maybe if I’d said yes I’d now be a 20 years TNF veteran, quadrupling the number of trips I could have been on; but I didn’t, I turned him down (I made it to Antarctica on my own). ⁣⁣⁣⁣ ⁣⁣For me, North Face had been like a band, like the Velvet Underground, it represented something back then, cool and underground, but by the end of the 90s, it was U2, and I didn’t like U2.⁣⁣ ⁣⁣⁣⁣ ⁣⁣So when I’m critical of how I perceive what this billion-dollar brand has become, what it represents, and so upset its fans, get blocked by my heroes, really, like so many things, it’s not about my flippant negative trolling, or attention-seeking, it’s about love.