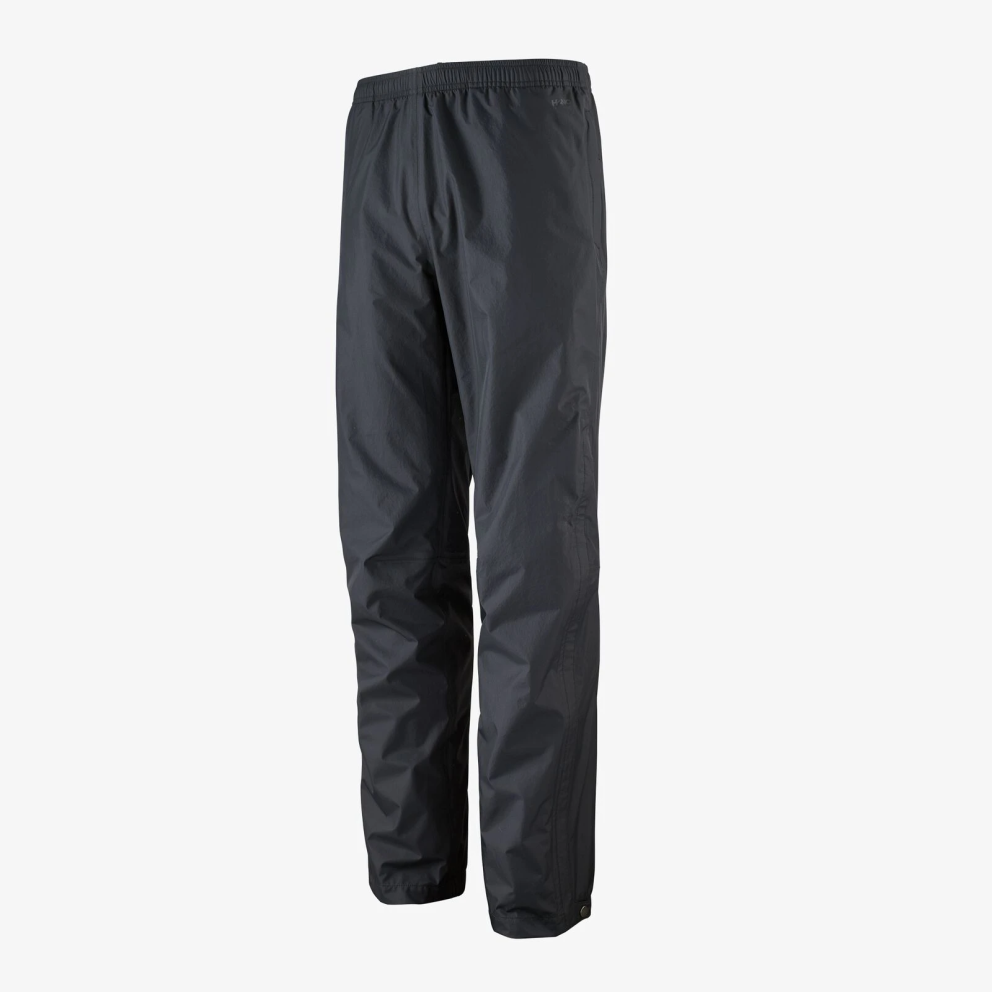 It took a long time for the rest of the world to cotton on - or maybe that should be ‘not cotton on’ - to stretch woven trousers, and for many years Mammut cornered the market in super-tough mountain pants made from shoeller fabrics; a market that at the time no one outside of the continent was really that interested in.  What was not in their favour was a euro colour pallet and a high price tag, which seemed astronomical when in the UK most climbers were wearing the bargain basement Ron Hill Trackstars (for those who don’t know what Trackstars are, they are medium weight running tight that are tough, cheap and dry fast, and were for many years the uniform of British climbing).

The Swiss-built Mammut mountain pants high price tag was warranted because these pants were like indestructible jeans, and were far more weather resistant than Ron Hills and also smarter - well that is unless you had a pink pair with purple knee and bum patches (as I said they had a euro colour pallet).  But if you shelled out for a pair they would literally last forever and so the high cost was rewarded.

For those who didn’t want to wear Ron Hills there were lots of baggy and more casual polyester or polycotton and nylon pants to wear (j rat, Troll,  Rohan) which were cooler, lighter and more casual, well unless they were made by Troll (yellow fabric with purple knee patches).  This was the staple of US climbers, and I guess slowly that influenced UK climbing as slowly fashion crept in   - a place where in the past there had only been anti-fashion - and almost overnight the mighty Ron Hill Trackaster became a symbol of bumbly naffness, which is a shame as it still rates as one of the best climbing pants for your money, and people switched to baggier pants instead, or power-stretch for winter.

And so it was now the right time for the stretch woven pant to strike, as there was a need for a super tough, lightweight, weatherproof pant that was also cool and fashionable - something that could have a foot in both camps (all-weather Ron Hill tights - cool and casual trouser).  This appeared in the form of the Patagonia Guide pant, which was really nothing more than a Mammut mountain pant that had been rendered accessible to wear (they were black), and so slowly people in the know began to upgrade from polyester and polycotton to stretch woven.

The term guide pant is a good one as this style of pants is perfect for the heavy user, who needs something they can wear in a broad range of temperatures and activities, from summer rock, winter ice, to alpine climbing and ski touring.  They also know that they will stand up to serious punishment and still look smart in the bar when getting your drinks bought for you by your clients (a yellow pair of Troll Omni pants would just make people think you were there to work at a children’s party).  In a way, they are the ultimate mountain jeans, a no brainer you stick on in the morning no matter what you’re doing.

These days many companies produce very good mountain pants - using a broad range of fabrics - and the guide pant no longer corners the market (Mammut make some great pants still - and with a less ‘Kagagoogoo’ colour pallet).  I’ve had my pair for many moons, and although they look a bit scruffy around the ankles, where I’ve nailed them with my crampons, and feature some furring from ice screws rubbing, they really look as good as new.  But one thing I’ve not liked about these pants is that they’re pretty heavyweight, which means they take longer to dry than some pants, and that their casual styling is not always appropriate for climbing, having a bit too much bagginess for my liking.

And so I was pretty excited to get hold of a pair of new Simple guide pants, which in many ways are a sort of Ron Hill trackstar meets Guide pants, and are very close to being the ultimate climbing pant.

The difference is that these use a very light stretch woven fabric that dries much faster (think paper instead of cardboard), but that is still very tough indeed.  The style has a very tapered leg (with holes at the bottom for fitting bungee and so d without gaiters - or maybe to go for that Ron Hill stirrup look?), which keeps fabric out of the way of your feet - but does make you feel as if you’ve got skinny jeans on.  Like the Ron Hill they are more like tights than trousers and are pull on - having just an elastic waist with a drawcord (they have a fly, but it stops below the hem).  Having no bulk at the front where a zipper and press stud would sit means they sit more comfortably under a harness and are perfect for long climbs.

Downsides are that the fabric has very little stretch, and is intact just a woven fabric, which probably explains the fast drying time (more stretch = longer drying time).  It reminds me a bit of my old school trousers in fact, but this is no biggy and simply means you need to get the right size the first time, and means more work for Patagonia pattern cutters (more stretch allows a poorer cut).  The biggest problem is that the waistband of the trousers isn’t elastic enough, and the drawcord back up is just a flat static cord that has to be tied in a knot, which is a fiddly pain, and the end result is the trousers don’t stay up.  A belt would do the job but the pants don’t feature belt loops, but fitting a belt would negate what makes these pants great anyway.  With mine, I replaced the cord with some 2 loops of skinny bungee cord and fed both ends through a low profile cordlock - which although not perfect, works very well.  I’d hope that Patagonia could come up with some clever way of doing this (how about checking out how they do kids pull-on trousers).

I’ve been wearing the pants non stop since I got them, and have used them for rock climbing, skiing, winter climbing and shovelling snow and think they’re the best pants I’ve ever had and simply work (for winter climbing I’ve layered them up with R1 bottoms - which work great).

As I write this I see that Patagonia has brought out a revised model that unfortunately has lost some of what made these pants so good, having a conventional fly/press stud front, belt loops and less taper, in fact, they are more like guide lite pants, which isn’t so bad, but they’ve kind of lost what made them stand out.

But that means that there should still be winter 09 pants out there - perhaps on sale - so get yourself a pair of simple guide pants - rather than the “not so simple” while you can.