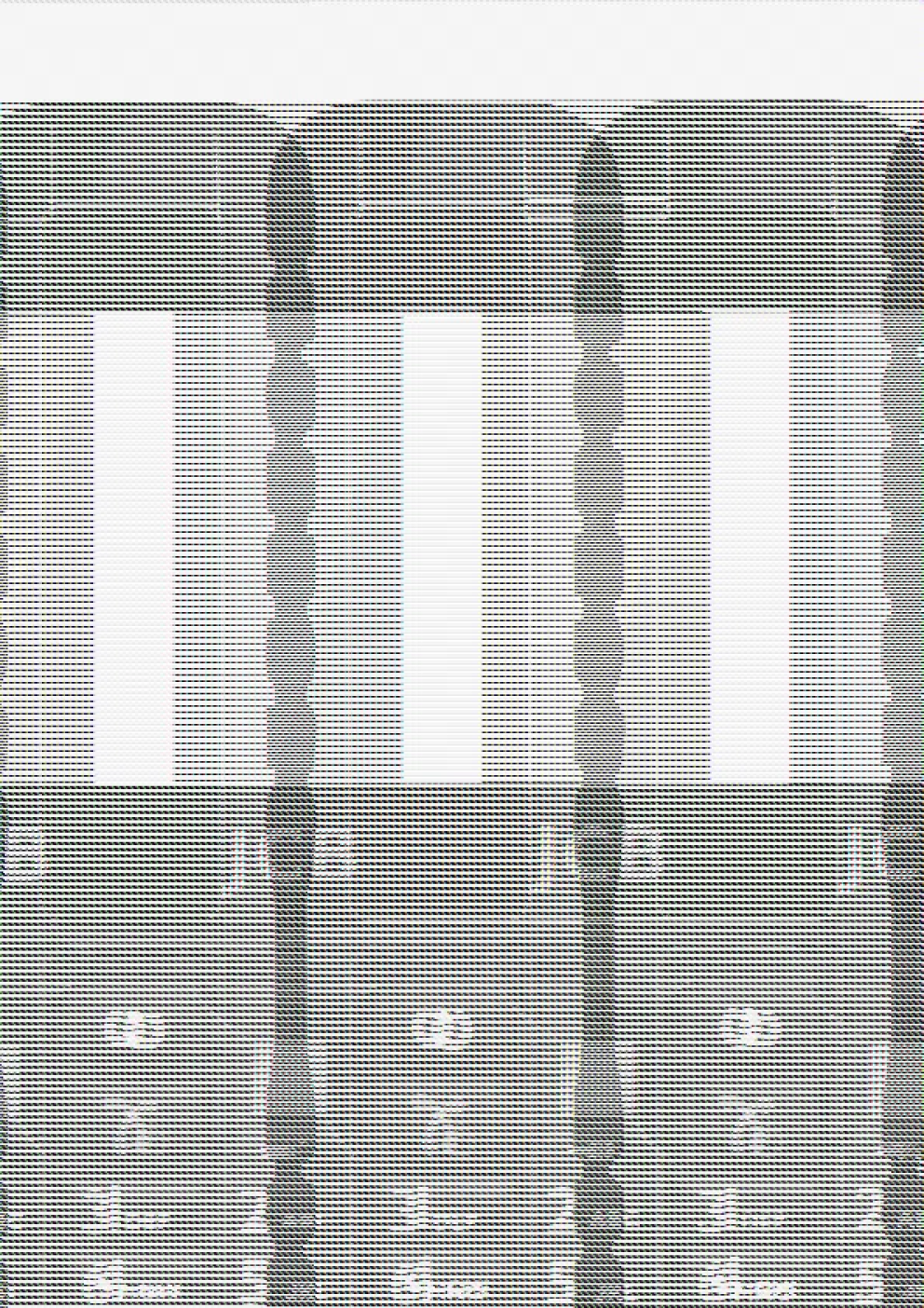 I once ended up sitting next to an ex-Royal Marine at a corporate gig, a big guy who’d fought in the Falklands war.  I’m not sure what unit he’d been in, but he seemed to have spent most of it hiding in a hole in the ground under a ceiling of chicken wire and turf with three other soldiers, so I guess he was some kind special this or special that.  I seem to meet a lot of these professional killers, maybe it’s a climbing thing, but they’re always a type.  I can remember when I was a kid my dad telling me that SAS soldiers (he worked a joint services centres for many years, so knew them well I guess), were not who’d think they are, not supermen, jumping through windows, but guys who could lay in a bush for a month.  Well, this was one of those types of guys.

We both swapped stories about dangerous adventures all night, then the topic of gear came up, how soldiers can put up with so much heavy kit, ill-suited to really bad weather (lots of heavy-duty cotton/Gerbadine/canvas mixed with some wool).  He said that they’d often wear a lot of civilian gear, like Helly-Hansen and later Buffalo.  I asked him what the worst bit of kit he’d ever been issued with, and after a minute he said “the first G.P.S units”, which were the size of a suitcase.  “Do you know what G.P.S stood for back then?” he asked, my replying ‘Global positioning system?’.  “No,” he said, “Giant Pieces of Shit”.

His words always stuck with me.  They signified something about the interface between rough end users, tough environments and cutting edge technology.  In the early day’s there wasn’t any interface as you didn’t have any technology, the tiny button battery in your watch and in your manual camera all there was.  Life was simple, the only sharing to be done down the pub or with a handful of slides. The first digital camera I took away was in 2006 when I skied over Greenland, its suitability for such a trip betrayed by the fact it’s still there, in fact, I’ve always struggled with the non-breaking of anything that went beep.

Now we have tons of devices, from GPS of all sizes, trackers and spots, heart rate monitors, Go-Pros, sensors in our clothes, plus video cameras and a vast range of cameras.  Of all the devices we may carry perhaps the most commonly carried, as well as the one we are most dependant on, is the mobile phone.

Phones seemed to have replaced carrying a camera for many (not a good idea, as you never get them out when you should be taking pics), even navigation gear for the trustful few, with GPS apps that will work with downloaded maps (you don’t need phone reception for GPS) telling you where you are.  You can also get many handy apps, from apps that will tell you what stars you’re looking at, or even what mountains, to dedicated emergency apps (like this one for Tirol Emergency App.  These mountain rescue apps - if used responsibly - are a great idea as they allow the team to pinpoint you accurately, as well as allow them to communicate directly with you.  A phone is also a great way to store information, such as topos, descent details, images of routes plus general beta, not forgetting the ability to call people!  I can remember the first time I carried a phone on a route, on an attempt of the Croz, ringing up the editor of High magazine to ask for a forecast during a sudden storm (it was not good, so we came down), but now you can just pull up a forecast yourself, even a satellite image of the incoming storm.

But in those early days phones were basic and cheap, they held very little sway over us, nothing but phones to call people up.  But in the intervening decade, these handy devices have become indispensable, a ‘luxury becoming a necessity”.  Even the most basic phone is now a small computer, with more power than the space shuttle, full of games and apps and features we cannot do without.  There is much to love about such phones, that they are more personal than computers, an actual extension to the human brain, as profound the human race as our own Gutenberg Bible.  They have fundamentally changed us, easy to see by just sitting on a bus or train.

But have you ever considered what deep programming has taken place when you are sat, like I am, in a coffee shop, just thinking, and someone else’s phone pings.  It snaps you back, back from somewhere else, somewhere the mind much be able to stay longer than someone else’s buzz or beep.  Our monkey brains are zapped and stimulated.  And what do you do when you hear that noise, that beep or buzz (or even just imagine you do)?  Do you ignore it, or reach for your own phone, with your thoughts if not your fingers?  Do you know that testing has shown our attention spans have decreased from 12 seconds in 2000 to 8 in only six years?  Maybe that doesn’t sound too bad, after all, 8 seconds is good enough, but it’s worth noting that a goldfish’s memory is 9 seconds! I have no doubt we’d be better off without our phones, but maybe I’m just getting old.

But one issue that’s important to consider is that this increase of sophistication has come at the cost of price and complexity, a new phone costing as much as most people’s first second-hand car.  Now phones cost as much as a medium-priced laptop, their OS and apps and features draining each generation of batteries as fast as the last, batteries that soon grow slack with age, their advertised charge soon dropping annoyingly low.  Although tough models are available, most are not, and for every climber with a phone that’s not got a broken screen, there are four that have.  Sure you can get protectors and cases, put them in waterproof bags, pay extra for insurance, but what’s the point when the batteries run dry after a day but you’re out for three.  Simple!  You carry just carry an extra battery pack, three or four hundred grams of juice.

But there is an alternative, an old school option.  This is to use an old-style 2G phone that’s not quite as smart, one that just does texts and calls maybe has a light and ‘snake’ but that’s it.  Such phones have massive battery lives, are cheap (maybe a 20th of the price), tough and much more functional and practical for the outdoors (they’ll work with gloves for example).

Of these phones, of which there are still a few (lots of X brand phones on Ebay), perhaps the best is the JCB Tradesman 2, a very robust waterproof phone designed for rufty-tufty builders.  The phone has a military-grade shell, which means the plastic is softer and bendy, rather than hard and brittle, the insides and screen good enough for high impacts (I saw a video where the phone was put in a cement mixer for an hour).  “But I don’t throw my phone off crags” you may say, but how many times have you fallen on your arse with your rucksack on your back, or had your phone slip out of your hands when trying to check the time or take a photo?  Although only tested for drops of 1.5 metres I can imagine this phone surviving falls much higher than that. 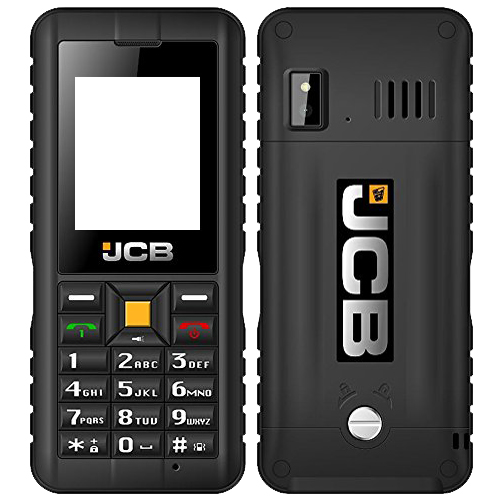 Waterproofing is always vital in tech gear, and in this case, waterproof does mean waterproof, with the phone having a IP67 rating (1 metre of water for 30 mins), which may not sound that important, but think about when your tent leaks and your fancy phone is on the groundsheet, or you use it in light rain (water damage invalidates any guarantees), or your Nalgene bottle leaks into your pack when you’ve got ice on its threads and didn’t close properly?  Being able to chuck a phone into the lid of your bag, or in a waterproof pocket and not having to worry about it is a boon.  A secondary bonus of waterproof gear is that it’s also dust and snow proof (the battery and shell are good down to -20), handy when you’re having adventures in the desert (my camera hasn’t been the same since I went to Zion last year).  Oh, and it floats (I’ve lost one camera due to thinking just because it’s waterproof it’ll also floats… wrongly).

Can you check your emails or update your website or post onto Instagram?  No, just call and text, set an alarm (vital in a climbing phone), and it has a light, and shitty camera (but an attachment point for a clip loop!).  For big trips it’ll take micro SD cards, meaning you can use it as an MP3 player, and e-books (never used that feature), but basically it’s just a phone, not a computer.

BTW one thing all mountain mobile users should do is to register their phone with www.emergencysms.org.uk, and always dial 112, not 999, as this makes it easier for the MRT to pinpoint your position. When abroad also add local MRT numbers to your contacts, as very often you can ring them directly.

Back to the phone:

But the two best things about this phone, apart from being indestructible, is its huge battery life (130hours standby), and its low cost, ranging between £25 and £50 (depending on where you look), which really makes it a non-brainer as a piece of hill tech.

Best of all, being almost a stone age phone, and not a ‘GPS’ for the hills, you may recapture it little bit of that stone age concentration, of being bored and undistracted, maybe having an inspiring thought or daydream, maybe regain a brain that no longer jumps to some other goldfish’s beep or buzz.