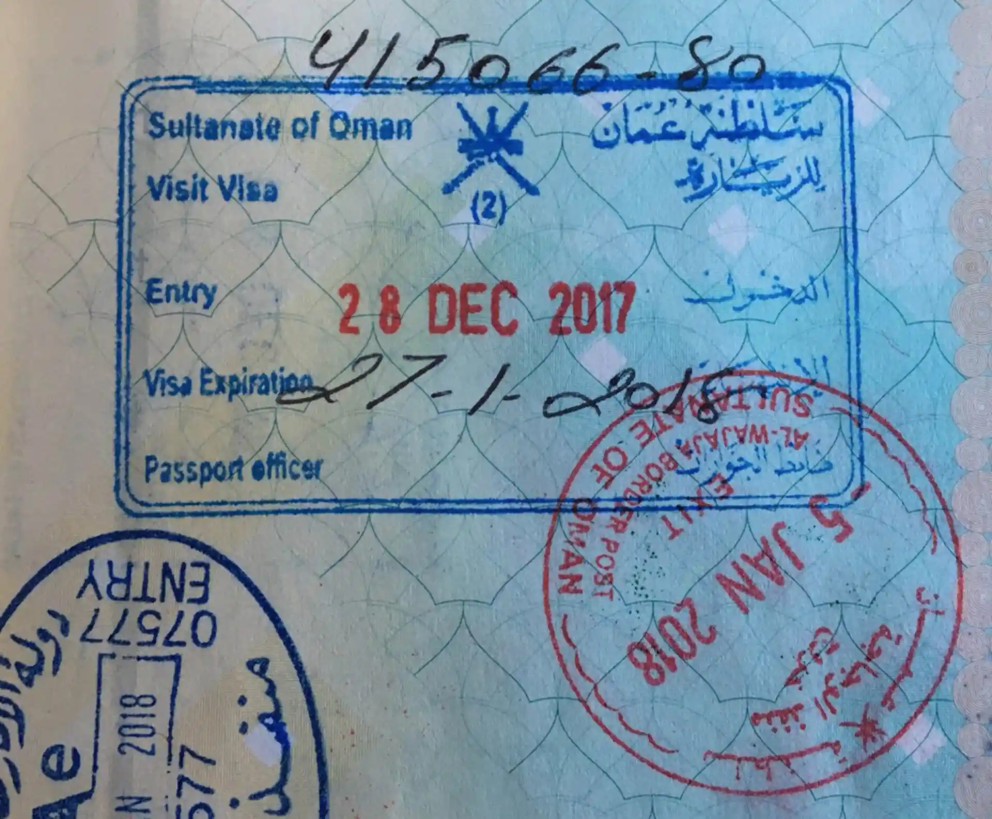 I’m fortunate in that I get to apply for a lot of visas, generally in advance, sometimes at the airport, when I find out I need a Visa, sometimes twice when the visa has been lost in the bureaucratic cut-price IT system. The visa I’ve applied for most is for the US, and although easy, I did once have it run out while I was in the air, so I was cleared to fly, but technically not to land. Having no visa when you get to the US is a pain, and in my case, I ended up “having a chat” with a nice border official for about an hour in what looked like a militarised FEDEX counter.

After being grilled about my stay (“No, Yosemite isn’t a city”), I was asked to pay $19 and sent on my way. The worst inconvenience was when a US border agent told me, as I was a writer, that I needed an I-Visa, and wrote that in pen in my passport. Now having anyone write in your passport is bad, but when it is stamped by a US official, it just brings trouble everywhere you go.⁣ ⁣⁣ ⁣Luckily, I finally get score a US I-Visa, while filming a TV show in the US, but unfortunately, my passport was so knackered, I was told I had to get a new one, and so lost the stamp (if you get a high-value visa, use a new passport!).⁣ ⁣⁣ ⁣

There are several countries I’d loved to make me forever home, number one being the US, as I like Americans (which are as broad a species as ‘Europeans”), but also Australia, Oman, maybe Kenya, but having no degree, qualifications, skills, or a vast fortune, the chances of ever doing so at 48 are very slim. And so when my visas run out, I generally have to leave, then give it a while before I come back (even to places where I wonder who’d want to sneak back in?).⁣ ⁣⁣ ⁣But in all my travels, and all the borders I’ve crossed, and all the red tape and hoops I’d dealt with, not once did I ever fail to understand why these things are the way they are, not once did ever view these things in any way racist. Instead, I just saw them as one way to slow the pace of grey uniformity; one way to stop the places you visit, not being only a replica of the place you left.